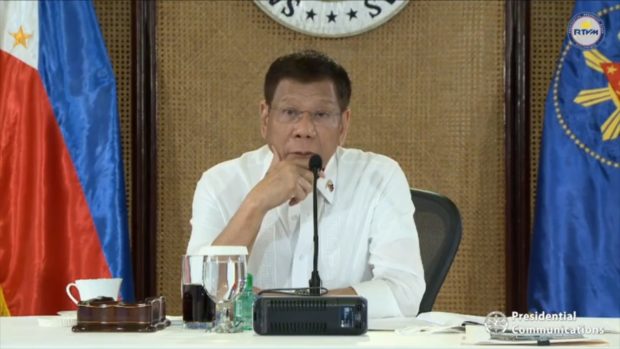 MANILA, Philippines — Presidential aspirant and former senator Ferdinand “Bongbong” Marcos Jr. said Monday that while he still wants the endorsement of President Rodrigo Duterte, the final decision is in the chief executive’s hands.

In an interview with One News PH, Marcos admitted that he is still in talks with people close to the President ahead of the 2022 national elections.

(We always talk—not the President but his people. Of course, we talk about the current political situation. We talk and I tell them my hopes to work together.)

“In my case, then yes of course, I think—hindi naman mahirap na maintindihan, siyempre ang isang kandidato ninanais ‘yong endorsement ng nakaupong pangulo. There’s no question about that,” he added.

(In my case, then, of course, it’s not hard to understand that any candidate wants the endorsement of the sitting president.)

Marcos believes that the “first step” has been taken with the PDP-Laban wing backed by Duterte adopting Davao City mayor Inday Sara Duterte-Carpio as its vice-presidential candidate.

“There is movement in that regard,” Marcos said.

Nonetheless, Marcos said the decision is for Duterte to make.

“But as to how are things done, kung ano sa pag-iisip ni [President Duterte] tungkol diyan, e wala ako masasabi (Whatever is on President’s mind, I cannot say),” Marcos said.

Duterte has previously publicly criticized Marcos even as the latter’s running mate is the daughter of the President.

At one point, Duterte called even Marcos a “weak leader” and supported the presidential bid of Senator Bong Go, who later withdrew his candidacy for the presidency.