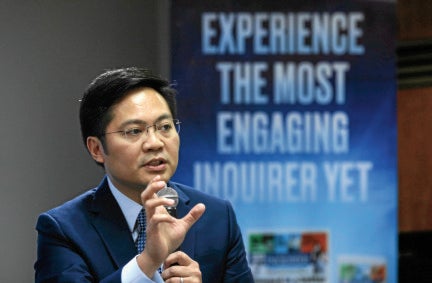 MANILA, Philippines — Malacañang on Monday said it respects the independence of the Commission on Elections (Comelec) after a poll body division dismissed a petition to cancel the certificate of candidacy (COC) of Ferdinand Marcos Jr.

“COMELEC is an independent constitutional body. We respect the independence of the COMELEC,” acting presidential spokesperson and Cabinet Secretary Karlo Nograles said in a statement.

Comelec’s second division denied a petition that called for the revocation of Marcos Jr.’s COC for president due to his failure to file his income tax returns, making him ineligible to run for public office.

“The Second Division ruled that the National Internal Revenue Code (NIRC) of 1994 did not apply to the case, because that would have resulted in a retroactive application since an NIRC of 1994 took effect only in 1986, whereas the cases involved in this case, were ’82, ’83, and ’84,” Comelec spokesperson James Jimenez said in a press briefing.

“So for this reason, when respondent Marcos Jr. checked the item on the COC saying that he has no disqualifications, it was not a misrepresentation,” he added.

Fides Lim, one of the petitioners and spokesperson of a group of political prisoners’ relatives called Kapatid, questioned the decision of the Comelec’s Second Division.

“Very strange and contradictory that the Comelec Second Division opted to deny our petition yet agreed that the ‘representations’ made in Item 11 of Box 22 of the certificate of candidacy (COC) of Marcos Jr. are ‘material’,” he said in a statement.

Lim further stressed that the material representation of Marcos Jr. is false.

“The material fact is, as our petition plainly stated, the COC of Marcos Jr. should be canceled because he falsely declared under oath in paragraph 11 under Box 22 of his COC dated Oct. 6, 2021, that he was ‘eligible for the office I seek to be elected to’,” he pointed out.

“This material representation is clearly ‘false’ because he was convicted by final judgment by both the Regional Trial Court and Court of Appeals for failure to pay and file income tax returns for the years 1982, 1983, and 1984 when he served as vice-governor and governor of Ilocos Norte,” added Lim.

Lim said their lawyers are seeking the reconsideration of the resolution.

“These court judgments make him ineligible to hold any public office, least of all the highest office of the land. We cannot have a liar, cheat, and convicted tax evader making fools of us all as he claws his way to the presidency while lying through his teeth. Our lawyers, led by Atty. Theodore Te, are now seeking reconsideration of the resolution with the Comelec En Banc,” he said.

Marcos Jr. paid tax, ‘we owe nothing to the government’ – spokesman