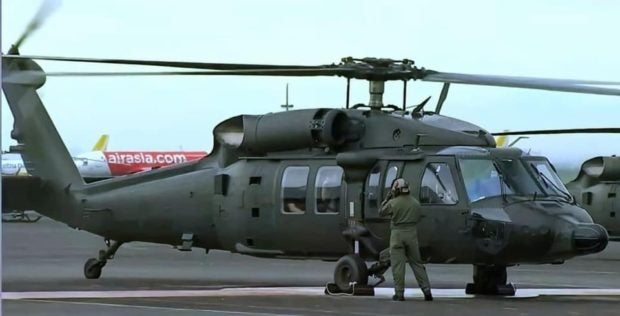 MANILA, Philippines — The first batch of the additional 32 S-701 Black Hawk helicopters for the Philippine Air Force (PAF) will arrive in 2023, with more batches to follow in the succeeding years, Defense Secretary Delfin Lorenzana said Sunday.

Lorenzana said an initial five units of the helicopters would arrive in 2023, while the others will be delivered in three batches with 10 units arriving in 2024, another 10 units in 2025, and seven units in 2026.

Lorenzana said the contract agreement for the helicopters is now being drafted, after which a notice to proceed will be issued to officially commence the project.

An initial 16 S-70i Black Hawk helicopters were delivered in the country.

Helicopters are crucial in the Philippine archipelago, where transport is difficult especially during calamities. They are used in search and rescue missions, close air support, medical evacuation and disaster response.

“The lack of transport planes and helicopters have never been more acute during the pandemic and in the aftermath of Typhoon Odette,” Lorenzana said in a statement. “This was exacerbated by our aging Hueys that have become uneconomical to maintain.”