F. Sionil Jose to be laid to rest at Libingan ng mga Bayani on Tuesday 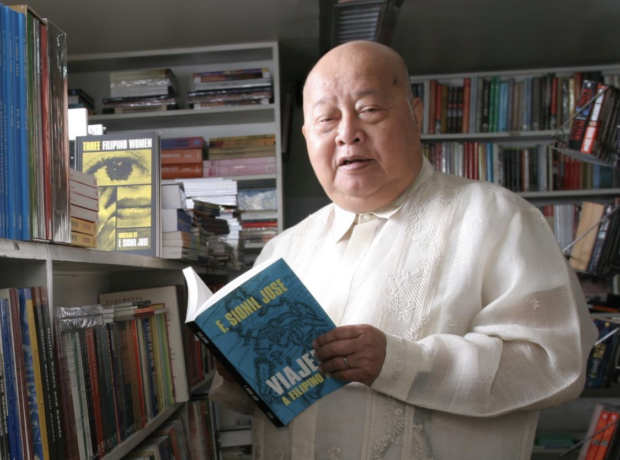 MANILA, Philippines — The late National Artist for Literature F. Sionil Jose will be laid to rest at the Libingan ng mga Bayani on Tuesday.

Before his inurnment, there will be a Mass at 10 a.m. to followed by the funeral.

In light of the government’s COVID-19 protocols, the inurnment will be by invitation only. The funeral will be streamed live at the Facebook page of the Cultural Center of the Philippines (CCP).

The necrological service and tribute at the CCP was deferred on the advice of Jose’s family.

The 97-year old novelist died last January 6 at the Makati Medical Center where he was awaiting angioplasty.

Jose is known as one of the most widely read English language Filipino authors. His works saw translations in 28 different languages

Jose’s works have won the Carlos Palanca Memorial Awards for Literature in five separate years, and were also recognized by various award-giving bodies, which include the Cultural Center of the Philippines’ Centennial Award in 1999, France’s Chevalier dans l’Ordre des Arts et Lettres in 2000, as well as the Pablo Neruda Centennial Award in Chile in 2004.

The Philippine government bestowed Jose the National Artist for Literature title in 2001.