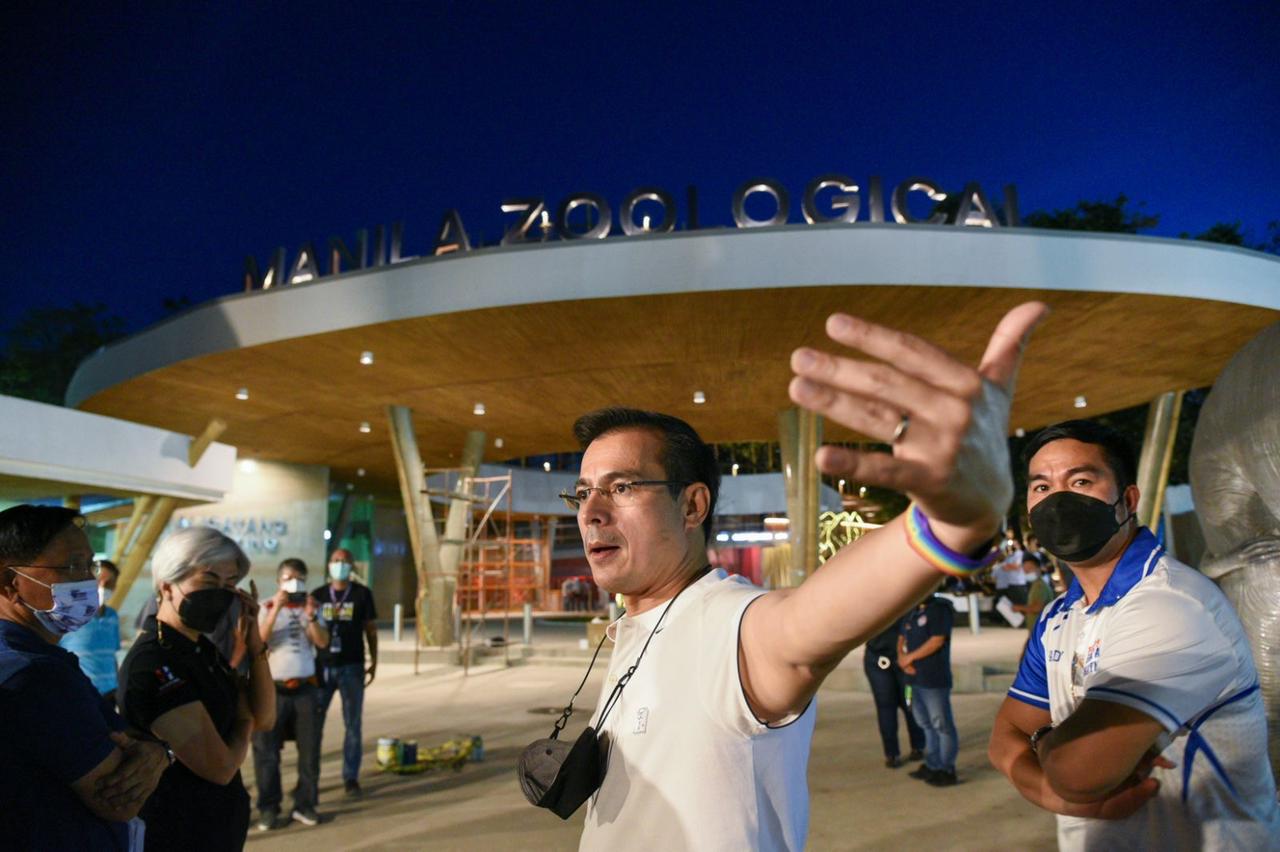 MANILA, Philippines — Manila Mayor Isko Moreno Domagoso is planning to use the newly-redeveloped Manila Zoo as a vaccination site for senior citizens and minors aged 5 to 11 as the national government plans to roll out the first pediatric vaccination on the first week of February.

Based on the latest data from the Department of Health, there are around 13.5 million children aged 5 to 11 in the country. Vaccinating this age group will be a big step in meeting the government’s goal of resuming physical classes and lessening restrictions on children.

Moreno said the Manila Zoological and Botanical Garden is an ideal vaccination site since the 5-hectare recreation facility has many open spaces, and after vaccination, children and their grandparents can go around to see the animals, the garden, and the museums.

The initial Covid-19 vaccination of children aged 5 to 11 will be rolled out on Feb. 1 to 7. The Pfizer doses that will be used for the pediatric vaccination are expected to be delivered by the end of January. Only the US-made vaccine has been approved by the Food and Drug Administration for the young age group.

But while waiting for the arrival of the pediatric Pfizer vaccine, Moreno said minors aged 12-17 can also go to Manila Zoo to get inoculated. The upcoming vaccination site will be open to both residents and non-residents of Manila.

To ensure that minimum health protocols will be strictly followed, Moreno said Manila Zoo’s daily foot traffic will be limited to 500 or 1,000 people only.

Moreno said parents of the minors, as well as grandparents who are senior citizens, can also get their booster shot at the Manila Zoo.

Last Thursday, Moreno opened the 4-wheel drive-thru booster vaccination in front of the Quirino Grandstand which was a huge success, prompting the Manila mayor to make it a 24-hour daily operation with the vaccinators working on an 8-hour shift.

The nearly five-hectare facility, known as the Manila Zoological and Botanical Garden, opened to the public in July 1959 but has not undergone major renovation since then. The zoo was closed temporarily in January 2019 for upgrade and renovation.

The new Manila Zoo now boasts of new and exciting facilities that include world-class animal enclosures — especially for Mali the elephant – that are surrounded by transparent glass where visitors can get up close to the animals.

Elevated viewing decks around the enclosures are also in place. There is also the Animal Museum, Botanical Garden, and the Butterfly Garden with its own viewing loft, and separate enclosures for Filipino endemic animals and birds.

The enclosures and facilities are intersected by wide, elevated pathways where visitors can see the animals and other sights while going around the zoo.

Benches are placed in strategic areas where visitors can take family pictures or group selfies, while additional benches are being put in place along the pathways so that people can take a rest and take additional pictures.

The facility is also well-lit and night visitors will be treated to the attractions of several dancing fountains and mini-falls around the zoo’s lagoon. The new Manila Zoo even has its own state-of-the-art sewage treatment plant.