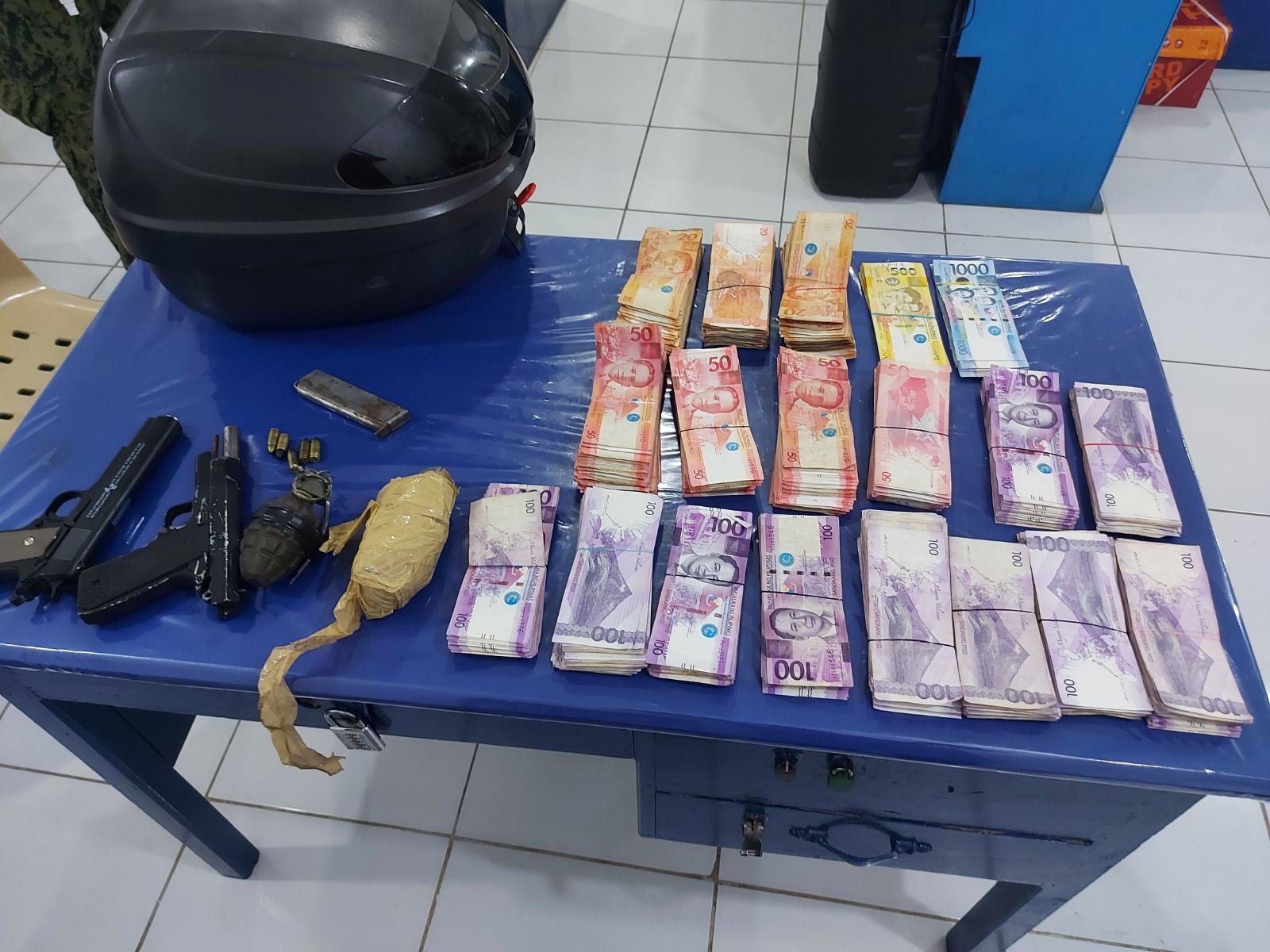 TUGUEGARAO CITY — Three men, including a former courier, were arrested on Tuesday, Jan. 11, after being linked to a robbery incident that victimized two workers of a courier company in Santiago City, police said on Wednesday.

Their cohort was identified as Randy Ignacio Andres, 46, a construction worker from Diffun town, Quirino province.

A tipster positively identified the suspects who allegedly stole P1.3 million from two J & T courier workers who were about to deposit the money to a bank on Jan. 5.

The Venturina brothers were nabbed in Abra village during a hot pursuit operation, while Andres was arrested in Diffun.

Seized from them were P120,000 cash and goods reportedly bought using the stolen money.

Charges for robbery with intimidation, illegal possession of firearms, and violation of the Omnibus Election Code regarding Comelec Resolution No 10728 were lodged against the suspects before the city prosecutor’s office in Santiago City.