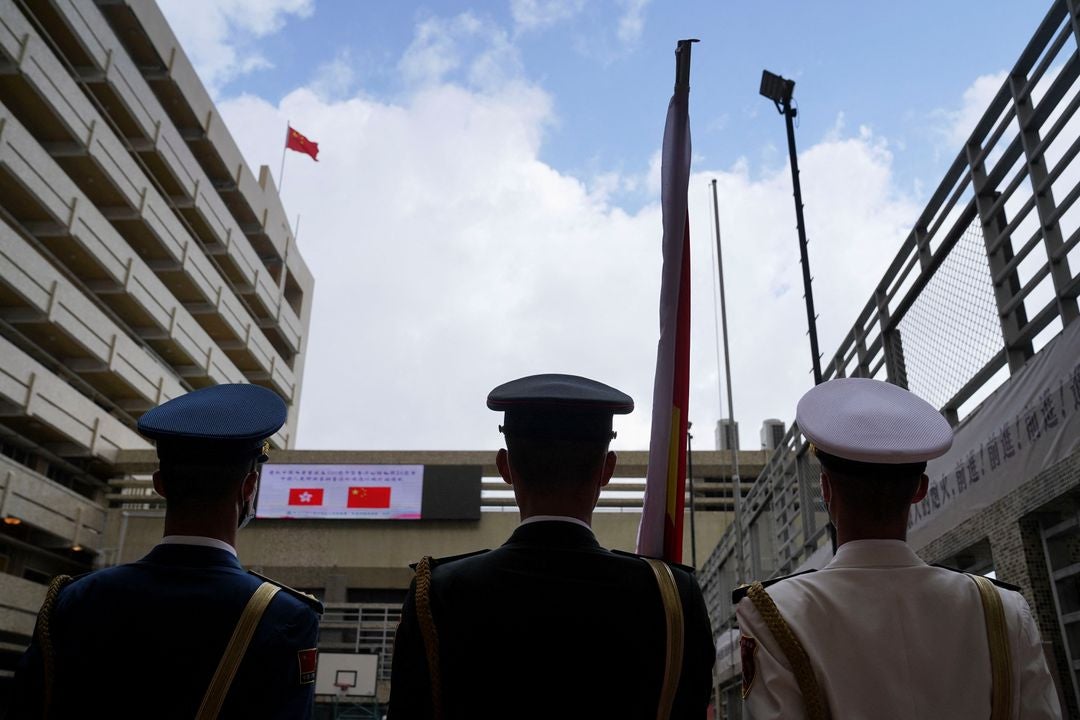 Members of People’s Liberation Army attend a morning flag-raising assembly at a secondary school, marking the 24th anniversary of the former British colony’s return to Chinese rule, on the 100th founding anniversary of the Communist Party of China, in Hong Kong, China July 1, 2021. REUTERS/Lam Yik

HONG KONG — Hong Kong will outlaw a host of new national security crimes, the city’s leader said Wednesday, as she presided over the first session of a new “patriots only” legislature scrubbed of political opposition.

The law will add to an already sweeping national security law imposed directly on Hong Kong by Beijing that has transformed the international finance hub and empowered authorities to carry out a widespread crackdown on dissent.

But on Wednesday, Chief Executive Carrie Lam confirmed that her government will create new “local legislation” that meets Article 23 of Hong Kong’s mini-constitution, which calls for the city to pass its own national security laws.

Lam did not outline what the new crimes would be.

But the specific crimes Article 23 lists are treason, secession, sedition, subversion and theft of state secrets.