Galvez: About 40,000 COVID-19 vaccine doses damaged due to Odette 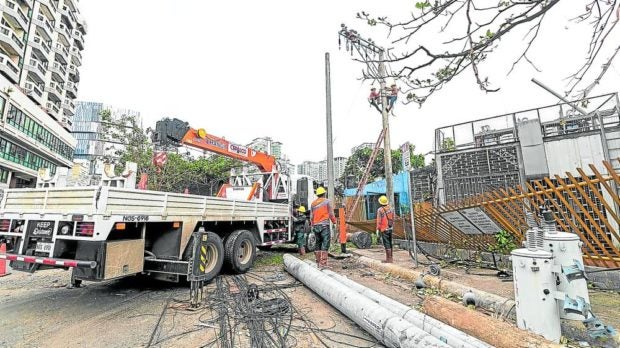 POWERLESS Linemen of Visayan Electric Co. work 24/7 to restore electricity in Cebu after the onslaught of Typhoon “Odette.” — Contributed photo

MANILA, Philippines — About 40,000 doses of COVID-19 vaccines were damaged as an effect of the Typhoon Odette that ravaged several provinces in Visayas and Mindanao in December last year, vaccine czar Carlito Galvez Jr. said on Wednesday.

The number, however, is only a small percentage of the vaccine wastage that they expected, which is millions of doses, Galvez said.

The damage, he said, was mitigated as local government units were prepared and the Armed Forces of the Philippines were able to give gasoline and diesel for the generators.

(With the mercy of the Lord, even though we wanted to save all, the vaccine wastage is only a small percent of what we expected. We expected that there would be millions wasted.)

He said most of the 40,000 doses were from Caraga region, which was severely hit by Typhoon Odette.

Six million doses were allotted to the six regions that were affected by the supertyphoon, Galvez added.