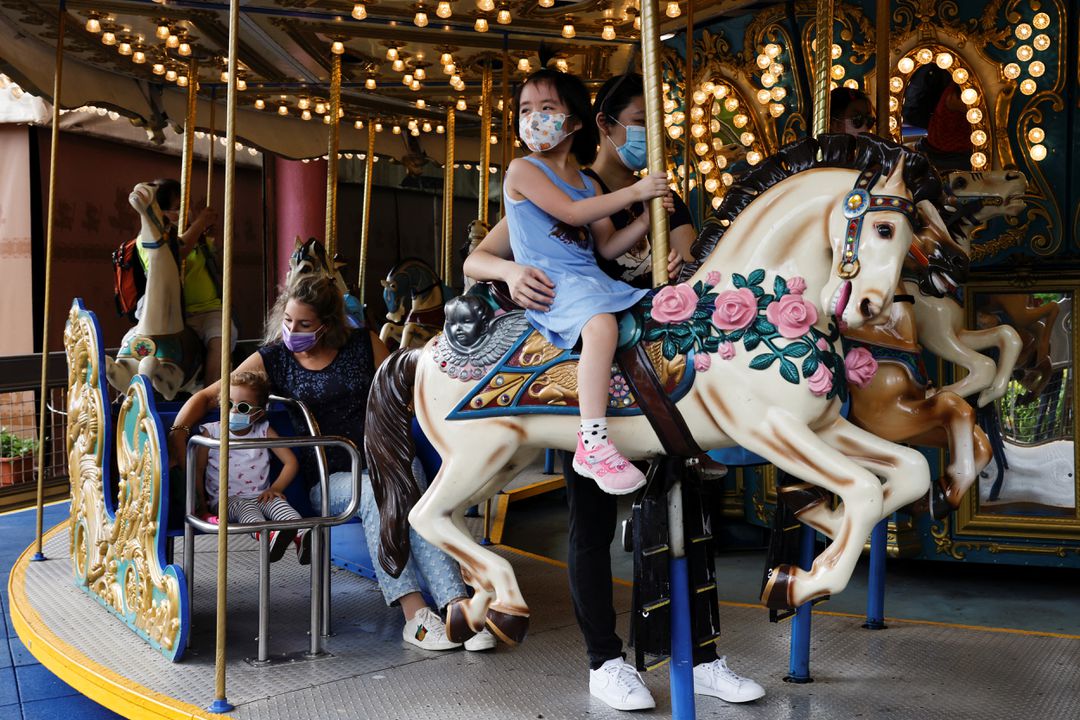 HONG KONG — Hong Kong will start offering COVID-19 vaccines for children over the age of five, Chief Executive Carrie Lam said on Tuesday, as it tries to increase its relatively low vaccination rate amid an increase in coronavirus infections.

Lam, speaking at a weekly media briefing, said kindergartens and primary schools must stop face-to-face classes from Friday until after the Lunar New Year at the beginning of February to prevent transmissions of the fast-spreading Omicron variant.

Children over five will be able to get the Chinese-made Sinovac vaccine, Lam said. Authorities have cleared the other vaccine available in Hong Kong, made by Germany’s BioNTech, for children aged 12 and older.

“I am optimistic and confident we can overcome the situation,” Lam said.

Hong Kong is far behind other developed cities with its vaccination campaign. Less than 75% of eligible people have had a first dose, while just under 70% have had a second one. About 8% have received a third.

The Chinese-ruled city saw a three-month streak of no local coronavirus transmission until the end of last year. There have since been more than 40 local transmissions of the Omicron variant, with more than 4,000 people considered close contacts sent into government-mandated quarantine, Lam said.

She said the government would also launch a new anti-epidemic relief fund, with details to be announced on Friday. The government had at least HK$4 billion ($513 million) available for new economic relief measures, she said.

Lam said a disciplinary investigation was still going on into the behavior of 13 senior government officials who attended a birthday party for a delegate to China’s legislature.

Two of the party guests tested positive for the coronavirus.

According to the latest findings more than 200 people attended the party and the number might grow, Lam said.

“This is the most unfortunate event because of the large number of people involved,” Lam said, adding the officials should have complied with her appeal for people to avoid large gatherings.