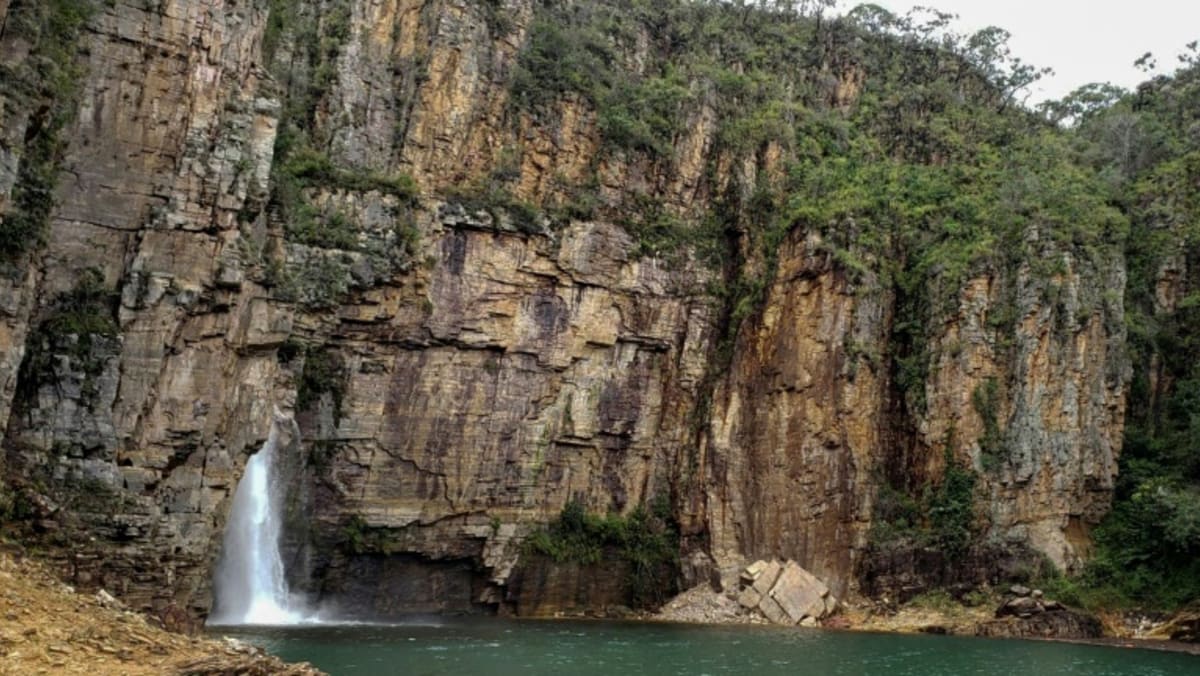 The area where a wall of rock broke from a cliff falling onto several tourist boats, leaving at least six people dead and another 20 still missing, at Furnas Lake in Minas Gerais state, Brazil, on Jan 8, 2022 | PHOTO: Minas Gerais Fire Department/AFP/Handout

BRASILIA — The tragic collapse of a cliff that left 10 dead in Brazil on Saturday was caused by torrential rains and more disasters could be on the way, meteorologist Estael Sias told AFP.

Two months of downpours have caused deadly flooding in several Brazilian states, including Bahia in the northeast and Minas Gerais in the southeast, where a huge column of rock crashed down on tourists boats on Furnas Lake.

According to Sias, who works for the state meteorology agency Metsul, global warming is provoking an ever greater number of natural disasters.

“There is certainly a relationship” between the heavy rains and the cliff collapsing, Sias told AFP.

“It is a fact that the long and intense period of rains generated an infiltration of water in the rocks that caused the rocks to move and the fall of the cliff face.

“Several videos show that minutes earlier there was a huge amount of rain falling down the waterfalls in the region putting great pressure on the rocks.”

Sias said heavy summer rains are caused by the South Atlantic Convergence Zone (ZCAS) — a phenomenon created by a humid corridor from the Amazon rainforest meeting a cold front from the South.

That generates large amounts of rain that result in frequent floods or landslides in several states.

Another meteorological phenomenon, called ‘La nina’, which provokes a cooling of the Pacific Ocean causing heavy rains in some parts of the world and drought in others, also contributes to an increased rainfall.

Heavy rain is forecast for the next 10 days and “unfortunately, the could mean more disasters,” said Sias.

Less rain is expected in the second half of January but “February and March remain periods of high rainfall.”

“The extremes that we’ve registered throughout the whole world in the last two years have been ever more frequent with historic heat events, ever more recurring rains, and given that the last two years have been the two hottest in the history of the planet, it is difficult to separate phenomenon like ZCAS … with global warming, which is the fuel that accentuates extremes throughout the planet.”