Russia, US make no breakthrough on Ukraine but agree to keep talking 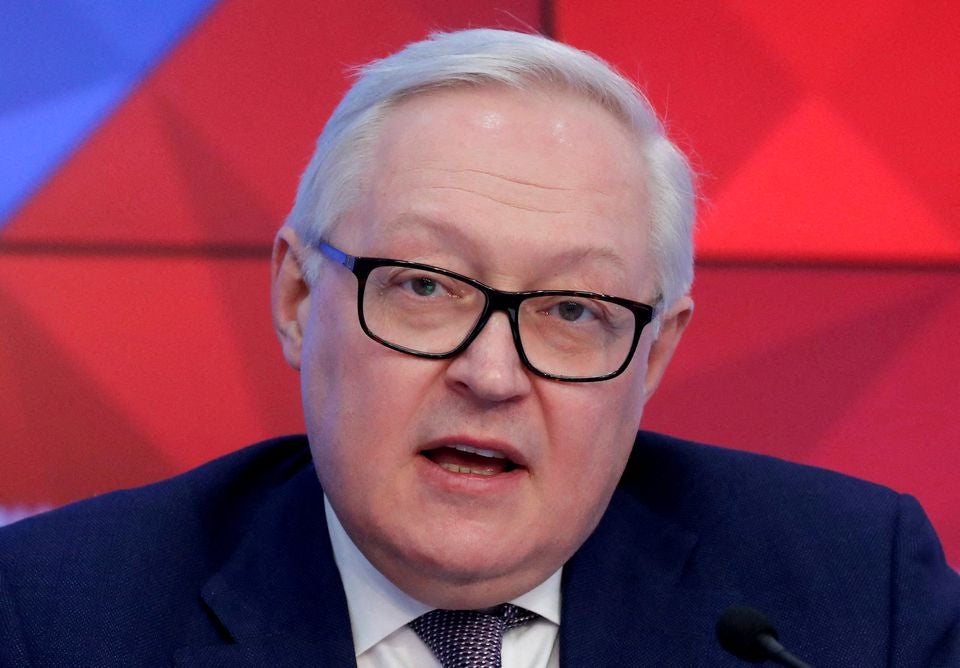 GENEVA — Russia told the United States at tense talks Monday that it had no plans to invade Ukraine, as the two sides agreed to more efforts to keep tensions from turning into a full-blown confrontation.

After more than seven hours of negotiations in Geneva, the Russian and US officials both offered to keep talking, though there was no sign of a major breakthrough.

The high-stakes meeting came amid fears of a Russian invasion of its pro-Western neighbor Ukraine. Moscow has demanded wide-ranging concessions from Washington and its NATO allies, which in turn have threatened severe sanctions for any attack.

Russian Deputy Foreign Minister Sergei Ryabkov said he had assured his US counterpart, Deputy Secretary of State Wendy Sherman, that the fears were unfounded.

“We explained to our colleagues that we have no plans, no intentions to ‘attack’ Ukraine,” he told reporters. “There is no reason to fear any escalation in this regard.”

Ryabkov said the United States “took Russian proposals very seriously” and that Moscow was “for the continuation of dialogue”.

Sherman said Russia offered no proof it would not invade or any explanation for why it has deployed some 100,000 troops towards the Ukrainian border. That assessment was repeated at the Pentagon, where spokesman John Kirby said there had been “no major changes” to Moscow’s force posture.

But Sherman also offered reciprocal moves with Russia on de-escalation on missile placements and exercises.

Sherman insisted that some of Russia’s demands were “simply non-starters”, including a ban on NATO’s further eastward expansion.

“We will not allow anyone to slam closed NATO’s open-door policy,” Sherman said.

Monday’s talks in Geneva launched a week of diplomacy between Russia and the West after Moscow’s troop movements triggered a Cold War-style standoff.

A meeting of the NATO-Russia Council will take place in Brussels on Wednesday, then the permanent council of the Organization for Security and Cooperation in Europe (OSCE) will meet in Vienna on Thursday with the issue of Ukraine expected to dominate.

US State Department spokesman Ned Price said not to expect “any breakthroughs could be achieved or really even contemplated” in the week’s talks. The United States was putting ideas on the table to see if progress was possible, he said.

If Russia invades, Sherman warned, “there will be significant costs and consequences, well beyond what they faced in 2014” when Moscow seized the Crimean peninsula and backed an insurgency in eastern Ukraine.

Ryabkov denounced US threats as “attempts at blackmail and intimidation”. But he added: “I don’t think the situation is hopeless.”

Any direct military action by the United States or NATO in defense of Ukraine is extremely unlikely.

But Western officials have warned Moscow would face significant economic and financial consequences if it invades, and could see NATO boost its presence and capacities near Russia’s borders.

Nato chief Jens Stoltenberg said Monday that the alliance would be warning Russia of the “severe costs” of an invasion.

While he did not expect this week’s talks to “solve all the issues”, but wanted to kickstart a diplomatic process, he added.

“We are aiming for an agreement on a way forward, a process, a series of meetings,” Stoltenberg said before talks in Brussels with Olga Stefanishyna, one of Ukraine’s four deputy prime ministers.

Measures against Russia under consideration include sanctions on President Vladimir Putin’s inner circle, cancelling Russia’s controversial Nord Stream 2 pipeline to Germany or, in the most drastic scenario, severing Russia’s links to the world’s banking system.

The Geneva talks “could have been worse”, said Samuel Charap, a Russia expert at the Rand Corporation.

“At least neither side has thrown in the towel on diplomacy … yet.”

Moscow insists it was deceived after the Cold War, having understood that Nato would not expand eastward.

Instead, the US-led alliance welcomed most of the former Warsaw Pact countries and the three Baltic nations that had been under Soviet rule.

Russia has put intense pressure on Ukraine since 2014 after a revolution overthrew a government that had sided with the Kremlin against moving closer to Europe.

Russia seized the Crimean peninsula and backs an insurgency in eastern Ukraine in which more than 13,000 people have died.

The heaviest of the fighting has subsided but clashes continue almost daily. Ukraine’s army said Monday that two of its soldiers had died after an explosion from an unknown device.

The army also accused separatist forces of firing at its positions with grenade launchers, machine guns and small arms.

In the muddy trenches on the frontline, there was little hope for diplomacy.

“I doubt that anything will change,” 29-year-old soldier Mykhailo said as he walked through trenches in the town of Avdiivka, just north of the separatist stronghold city of Donetsk.

“Guarantees of not joining Nato will never stop” Putin, Mykhailo said, adding: “He wants to return the Soviet Union in version 2.0.”