newsinfo / Nation
Nation
'IT'S TOO LATE IN THE DAY' 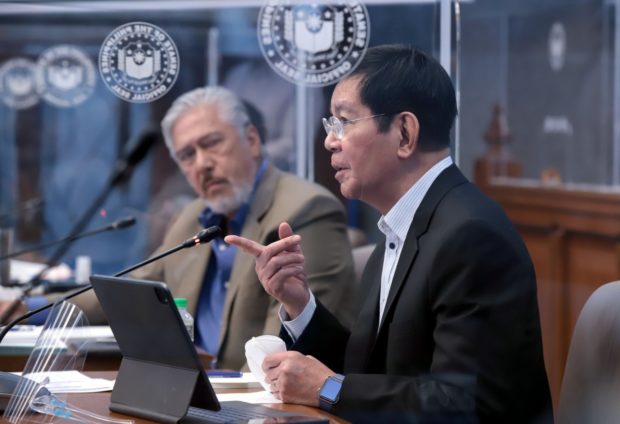 MANILA, Philippines — At least two senators on Monday said there is not enough time in the 18th Congress to tackle a proposal in the House of Representatives pushing for longer terms for the president, congressmen, and local officials.

“Parliamentary ethics dictate that I do not question the motive of a fellow legislator but what I can say is ‘it’s too late in the day’,” Senate President Vicente Sotto III said in a message to reporters.

“They should try that in the 19th Congress. Good luck,” he added.

Senator Panfilo Lacson, who is vying for the presidency in 2022 with Sotto as his vice-presidential running mate, has a similar view.

“Kung nun ngang mga nakaraang taon, hindi nangyari – lalo na ngayon that we have only nine session days left, not including the joint session of Congress to convene as the National Canvassing Board for President and Vice President,” he added.

(In the previous years, proposals on Charter Change did not prosper—especially now that we only have 9 session days left, not including the joint session of Congress to convene as the National Canvassing Board for President and Vice President.)

Congress is currently on break and will resume session on January 17 until February 4, according to the legislative calendar of the 18th Congress.

It will then adjourn session on February 5 and resume on May 23 – two weeks after a new batch of senators and congressmen are elected – until June 3.

Pampanga Rep. Aurelio Gonzales Jr. recently urged the Senate and the House to convene as a constituent assembly to discuss his proposed term amendment.

His proposal was contained under Resolution of Both Houses No. 7, which pushes for a five-year term for the president and vice president. They are also allowed to run for reelection for another term under the proposal.

Gonzales is also calling for a term of five years with one reelection for House members.