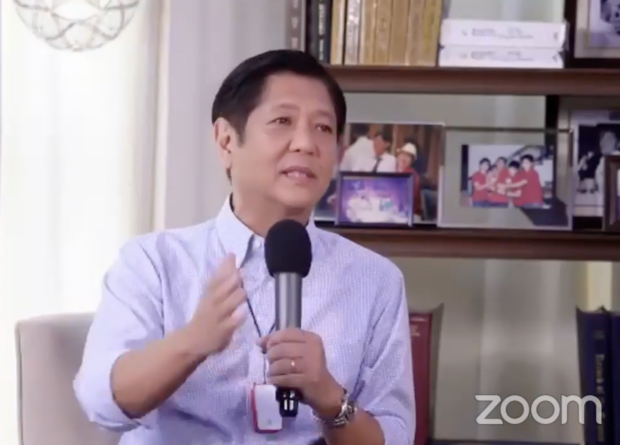 MANILA, Philippines — Hold Ferdinand “Bongbong” Marcos Jr. in contempt, Akbayan Partylist urged the Commission on Elections (Comelec) on Monday, pointing out the presidential aspirant’s lies about his absence during the preliminary conference on the disqualification cases filed against him.

“(Marcos) lied through his teeth. He deserves to be held in contempt,” the group said in a statement.

Comelec’s preliminary conference on January 7 was delayed for an hour as the poll body waited for Marcos’s medical certificate to justify his absence from the hearing.

A medical certificate stating that the former senator needed to rest due to “difficulty speaking and a painfully congested throat,” was then produced by his camp.

Akbayan, however, pointed out that Marcos Jr. was able to virtually attend a radio interview to talk about his platforms on the afternoon of January 6, a day before the preliminary conference.

(He can be interviewed on radio, but cannot attend the hearing of cases against him?)

“He is clearly lying. The fact that he was able to give a radio interview less than a day before his required appearance in a hearing is not only proof of deception, it shows the whole nation that he does not care about our laws and the procedures that bind every citizen to follow them,” Cendaña lamented.

“This is proof, yet again, that he is not qualified to run for public office. We urge the good officers of the Comelec to hold Marcos in contempt and have it reflect as a matter of record for future proceedings,” he continued.

“After the interview, his physician arrived and determined that he had a fever and throat swelling, [he] was instructed to take a midday rest,” said Rodriguez on Sunday.

“Mid-afternoon however, he went on with another radio interview. We believe it was that afternoon interview which exacerbated his condition,” he added.

(A liar and a thief are siblings. From a simple medical certificate, we saw Bongbong’s true character. Liar. He has no respect for the law. Cheater.)

(It’s too much, enough with the games and excuses.)

INQUIRER.net has already reached out to the Marcos camp but has yet to respond as of posting time.