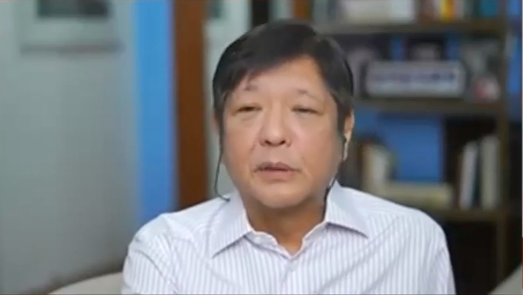 MANILA, Philippines — Presidential aspirant Ferdinand Marcos Jr. was only told to isolate himself in the morning of the preliminary conference of the Commission on Elections (Comelec) First Division on the disqualification cases filed against him, according to a statement issued on Sunday by his spokesperson, lawyer Victor Rodriguez.

“On the morning of January 7, [Marcos] was obliged to go in isolation because his condition worsened. It was at that time the Comelec wanted him to appear even through a video conference,” Rodriguez said.

“A judgment call was made to let [him] continue with his needed rest, since he was in bed after taking his medicines,” he added.

According to Rodriguez, Marcos was already feeling unwell on Jan. 6, but he opted to proceed with a scheduled interview.

“After the interview, his physician arrived and determined that he had a fever and throat swelling, [he] was instructed to take a midday test,” Rodriguez explained.

“Mid-afternoon however, he went on with another radio interview. We believe it was that afternoon interview which exacerbated his condition,” he continued.

Marcos failed to attend Comelec’s preliminary conference of the disqualification cases filed against him.

The respondents’ counsel has presented an electronic copy of Marcos’ medical certificate stating that he had been suffering from a fever and a congested throat.

The medical certificate stated that Marcos had a temperature of 37.8ºC and that his throat was hyperemic and swelling.

It also said that he had direct contact with two individuals who later tested positive for COVID-19.