Gadon doubts SC suspension order vs him: Could this be politically motivated? | Inquirer News

Gadon doubts SC suspension order vs him: Could this be politically motivated? 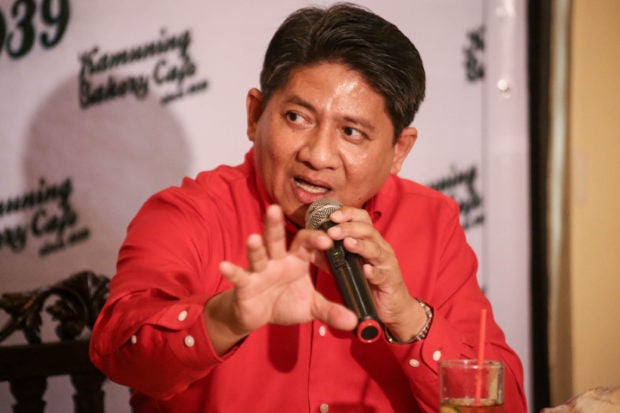 MANILA, Philippines — Lawyer Larry Gadon on Tuesday questioned the decision of the Supreme Court (SC) placing him on preventive suspension and ordering him to explain why he should not be disbarred.

For Gadon, the move of the high court seemed “politically motivated.”

“For an institution that prides itself for safeguarding due process of laws, I am confused that the Supreme Court immediately suspended me without due process and my suspension was announced in the media without furnishing me first with a copy of the complaint, if there is any,” the senatorial aspirant told reporters in a Viber group message.

He added that he feels as if he is being “singled out,” as the SC decision appears “unprecedented in history.”

“Could this be due to my recent statement calling for a refund of the protest fees paid by BBM that remained unresolved? Could this be politically motivated since I am running for senator?” he continued.

READ: SC suspends Gadon, tells lawyer to explain why he should not be disbarred

Gadon was pertaining to an earlier statement, which he also released on Tuesday, where he called on two Supreme Court justices to refund presidential aspirant Ferdinand Marcos Jr.’s protest fees to the allegedly still unresolved 2016 electoral protest.

But the high court already said that it has suspended Gadon after he verbally assaulted last month journalist Raissa Robles, the Manila correspondent of the South China Morning Post. This happened after Robles tweeted about the tax case of presidential aspirant Ferdinand “Bongbong” Marcos.

The SC motu proprio (on its own) treated the controversy as an administrative complaint for disbarment against Gadon.

The controversy was met with backlash from the public and several organizations, with the Foreign Correspondents Association of the Philippines (Focap) even describing Gadon’s behavior as “atrocious” and “beastly,” as it called on the SC and the Integrated Bar of the Philippines to “discipline this wayward member of the Bar.”

This was not the first time Gadon was suspended. In 2019, the lawyer was suspended by the high court due to his “abusive and offensive” language.

He is also already facing a disbarment complaint for claiming that former President Benigno S. Aquino III died of HIV. He also hogged the headlines after another video of him calling the supporters of former Chief Justice Maria Lourdes Sereno “bobo (stupid)” went viral on the internet.