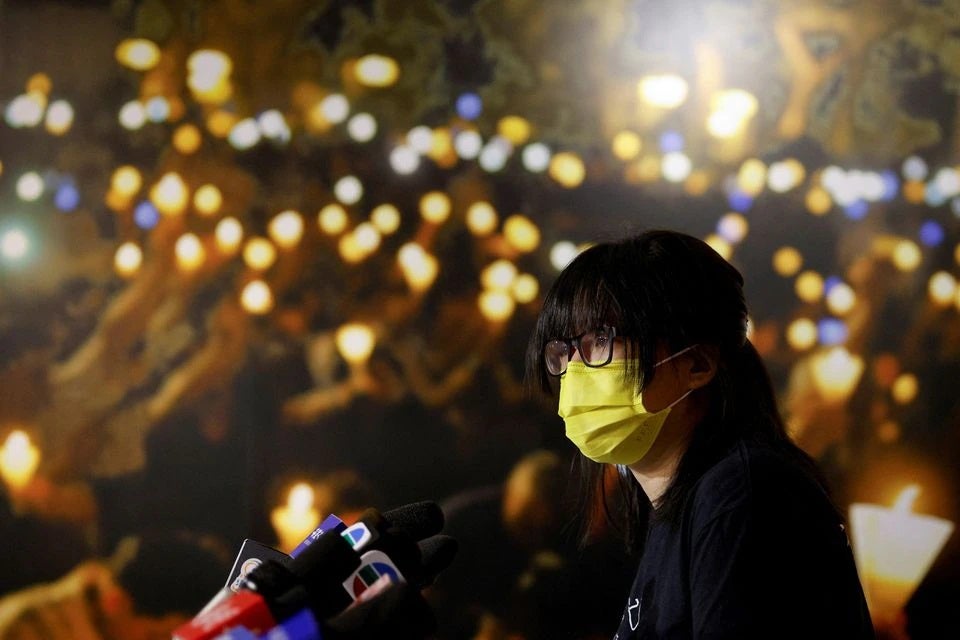 HONG KONG —A Hong Kong court sentenced a 36-year-old barrister to 15 months in prison on Tuesday for inciting an unauthorized assembly to commemorate those who died in China’s 1989 crackdown on pro-democracy protesters in and around Beijing’s Tiananmen Square.

Activist Chow Hang-tung, of the since-closed Hong Kong Alliance in Support of Patriotic Democratic Movements in China, was arrested the day before the June 4 anniversary of the crackdown last year.

But coming after the mass pro-democracy protests in 2019, many activists saw the bans as an attempt to shut down displays of defiance to Beijing. Authorities denied that was the reason.

Despite the ban, thousands lit candles across the city in 2020, and smaller crowds did the same in 2021.

Chow’s charge relates to social media posts titled “Lighting a candle is not a crime: Stand one’s ground,” and her Ming Pao newspaper article titled “Candlelight carries the weight of conscience and the Hong Kong people persevere in telling the truth.”

Magistrate Amy Chan in the West Kowloon Magistrates’ Court said she found the posts and article were meant “to encourage, persuade, make suggestions to and put pressure on members of the public,” and “amounted to inciting others to knowingly take part in an unauthorized assembly.”

Chow, who represented herself, had pleaded not guilty, saying she wanted to “incite others not to forget June 4,” not to encourage a gathering. Chan said she found the argument “simply unbelievable,” adding Chow’s academic qualifications would have allowed her to be more clear in her writing.

“It can be foreseen that the public space to discuss June 4 will disappear entirely,” a tearful Chow told the court after the verdict. “Tyranny is greedy, red lines will keep expanding.”

Last month, eight pro-democracy activists were sentenced to up to 14 months for their role in the 2020 vigil. Among them, Chow received a 12-month sentence.

Five months of the sentence announced on Tuesday will run concurrently, meaning Chow will only serve 10 months in addition to her previous sentence.

Sixteen other activists are already serving sentences of 4-10 months related to the 2020 vigil. Two democracy campaigners facing similar charges, Nathan Law and Sunny Cheung, had fled Hong Kong before they were charged.

Chow also faces charges of inciting subversion under a sweeping security law imposed by Beijing in 2020. The Alliance dissolved amid that investigation, with police accusing it of being an “agent of foreign forces,” which the group had denied.

The former British colony, which returned to Chinese rule in 1997 with the promise of wide-ranging freedoms, traditionally holds the largest June 4 vigil in the world.

But commemorations have become increasingly difficult. Last month, top international universities across the global financial hub removed Tiananmen monuments, including the “Pillar of Shame” in the University of Hong Kong and the “Goddess of Democracy” at Chinese University..

A June 4 museum was raided by police during the investigation into the Alliance and shut, and its online version cannot be accessed in Hong Kong.

China has never provided a full account of the 1989 crackdown. The death toll given by officials days later was about 300, most of them soldiers, but rights groups and witnesses say thousands may have been killed.