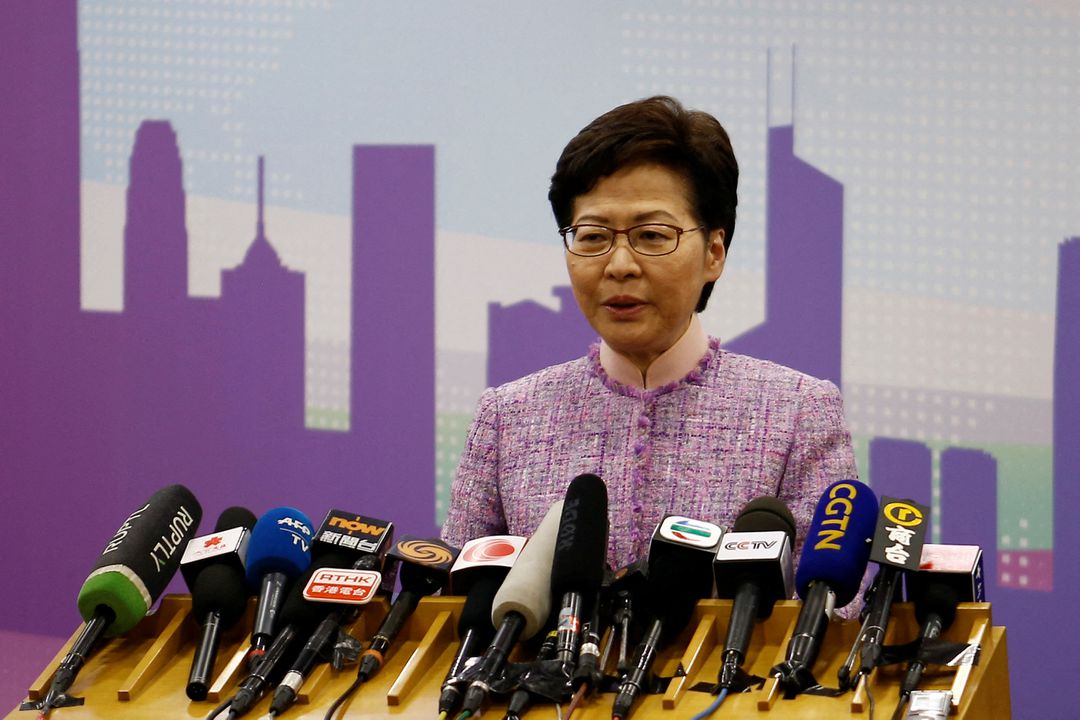 Lam was speaking at a weekly news conference as another independent online outlet, Citizen News, ceased operations in the face of what it described as a “deteriorating” media environment in the Chinese-ruled former British colony.

“This morning I read news about, because of the closure of online medium, press freedom in Hong Kong faces extinction … I just cannot accept that sort of allegations,” Lam said, adding that nothing was more important than rule of law.

Hong Kong returned to Chinese rule in 1997 with the promise that wide-ranging individual rights, including a free press, would be protected. But rights groups and some Western governments say freedoms have been eroded, in particular since Beijing imposed a national security law on Hong Kong in 2020.

The government has repeatedly denied targeting the media and curbing freedoms in the global financial hub. China says rights advocacy is being used as an attempt to disrupt Hong Kong’s progress after the national security law restored stability.

Officers raided the office of the Stand News online publication last week, froze its assets and arrested seven current and former senior editors and former board members. Two editors have been charged with sedition.

Lam has hit back at foreign governments demanding the release of the seven, saying such a move would be against the former British colony’s rule of law.

On Monday, online publication Citizen News said its decision to cease operations from Tuesday was triggered by the closure and arrests at Stand News and to ensure the safety of its staff.