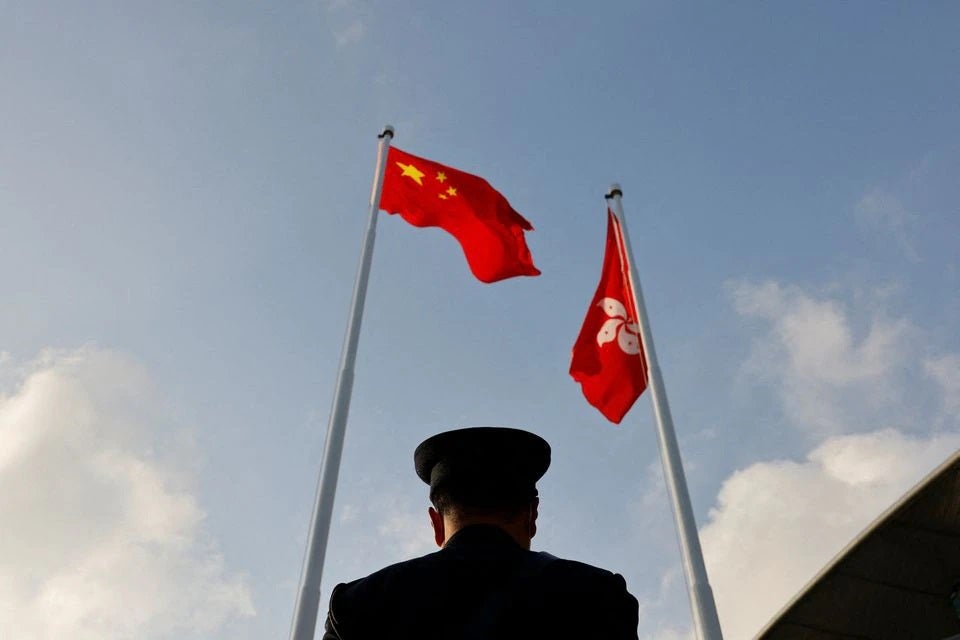 A police officer stands guard below China and Hong Kong flags during a flag raising ceremony, a week ahead of the Legislative Council election in Hong Kong, China, December 12, 2021. REUTERS/Tyrone Siu

HONG KONG — Hong Kong independent online news portal Citizen News said on Sunday it will cease operations from Tuesday in the face of what it described as a deteriorating media environment in the Chinese-ruled city and to ensure the safety of its staff.

When Hong Kong returned to Chinese rule in 1997 it was with the promise that wide-ranging individual rights, including a free press, would be protected. But pro-democracy activists and rights groups say freedoms have been eroded, in particular since Beijing imposed a national security law on Hong Kong in 2020.

“Regrettably, the rapid changes in society and worsening environment for media make us unable to achieve our goal fearlessly. Amid this crisis, we have to first make sure everyone on the boat is safe,” Citizen News, which was established in 2017, said in a statement.

In its description on Facebook, Citizen News says it has no party affiliation and aims to promote Hong Kong’s core values such as freedom, openness, diversity and inclusion.

The development comes days after two former senior editors of Hong Kong’s Stand News were charged with conspiring to publish seditious materials and denied bail following a raid on the online outlet’s offices by about 200 police.