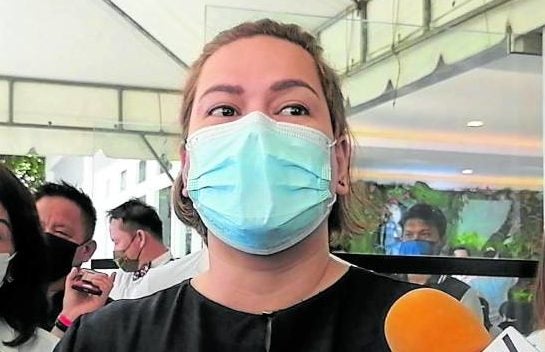 MABALACAT CITY, Pampanga, Philippines — From zero active coronavirus cases during the Christmas week, the number of infections in the capital city of San Fernando in Pampanga province climbed to 18 on New Year’s Day, according to the city health office.

The number of COVID-19 cases was also picking up in the provinces of Tarlac in Central Luzon, Ilocos Norte in the Ilocos Region, Quezon in Calabarzon (Cavite, Laguna, Batangas, Rizal and Quezon) and the Bicol Region after a monthlong downtrend last December, bulletins released by their respective health offices showed.

Davao City, noting the uptick of infections in Metro Manila, has moved to ensure that the city would maintain its low caseload by banning all forms of mass gatherings by government offices until September this year.

Mayor Duterte’s Executive Order No. 69 was based on Presidential Proclamation No. 1218, which has extended the state of calamity in the country until Sept. 12.

As of 5 p.m. on Saturday, no new COVID-19 case was reported in the city. Of the 448 patients tested in the entire Davao Region, only five yielded positive and none of them from Davao City, which currently had 43 active COVID-19 cases and had been registering single-digit new cases in the past weeks.

But fear for the new variants of SARS-CoV-2, the virus that causes COVID-19, prompted the city to keep its alert up.

“There is a need to continue implementing existing protocols specifically to prevent mass gatherings following the emergence of new COVID-19 variants, particularly the Delta and Omicron variants,” Mayor Duterte said in the order.

Several residents commented on the city government’s Facebook page that the rising in cases was due to holiday gatherings and a failure to practice minimum health protocols like the wearing of face masks.

“People have become complacent in malls, public transport, the public market and bazaars,” a netizen noted. “Some think that they can now do what they want because they are fully vaccinated,” another resident commented.

Tarlac was also dealing with a rise of infections, which stood at 75 as of Sunday, following 22 new cases recorded on Dec. 29 and Dec. 30, mostly in the capital city of Tarlac.

In Ilocos Norte, at least 10 new COVID-19 cases were added to the provincial tally on New Year’s Day, after enjoying zero new cases during the last week of December. The province has 22 active cases as of Sunday, with at least 8.2 percent of 220 beds devoted to COVID-19 patients now occupied, the provincial tracker showed.

In Quezon, nine new cases were logged on New Year’s Day, which brought its active infections to 32, health officials reported.

Quezon authorities suspected that the steady rise in cases could be the result of increased holiday mobility.

In Bicol, the test positivity rate jumped back up to 9.09 percent after it reported 12 new cases on the first day of 2022. Three of the new cases were from Masbate province, which still accounted to about half (1,158) of the 2,310 active cases in the region.

Prior to these reports, Bicol was in an 18-day streak of under 5-percent positivity rate that the World Health Organization recommends to be maintained.