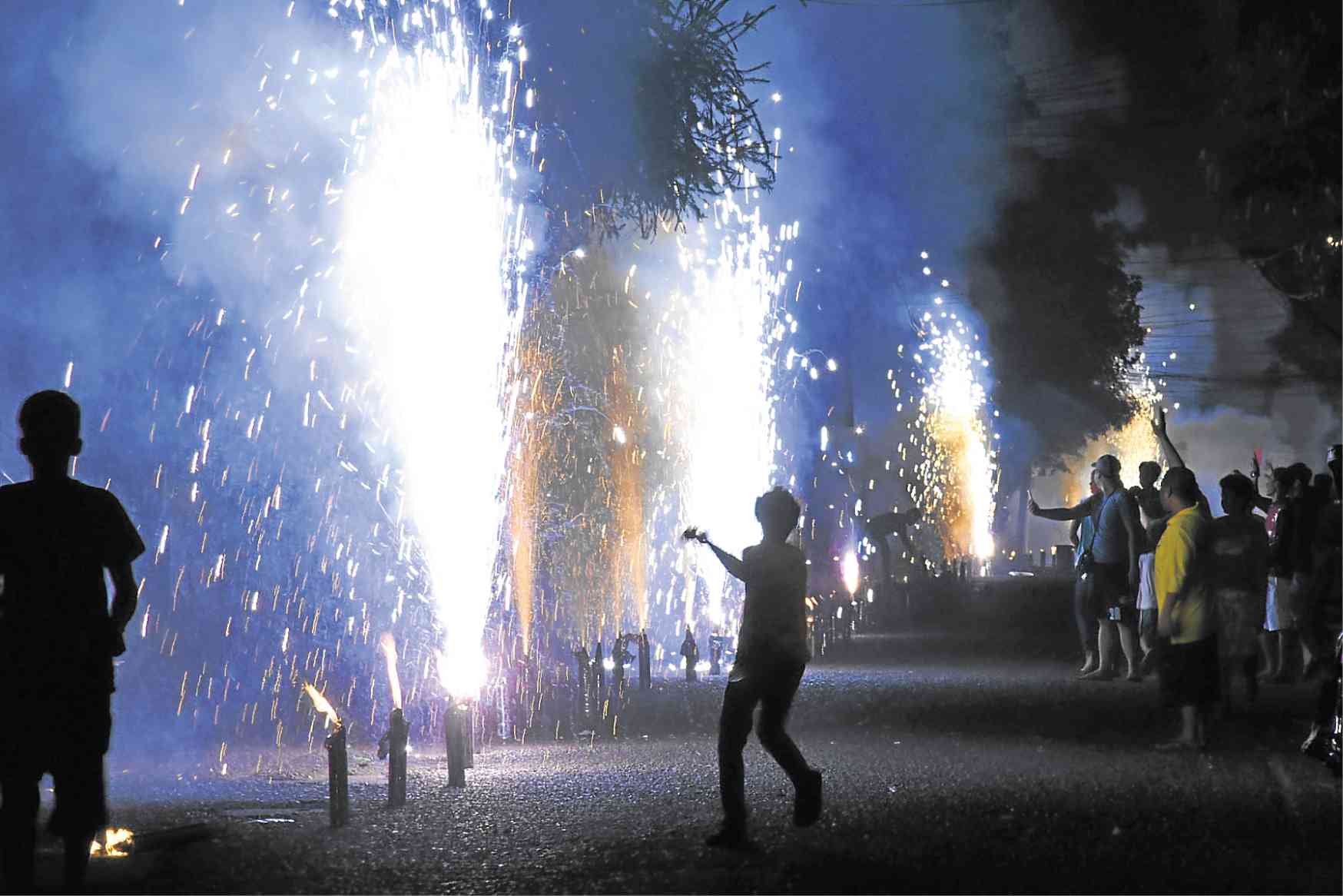 “Overall, the situation remains generally peaceful throughout the country with no major untoward incidents that marred the traditional festive Christmas and New Year revelry,” PNP chief PGen. Dionardo Carlos said in a statement.

However, authorities, with the support of PNP’s forensic and technical support are currently investigating four incidents of alleged indiscriminate firing in the Ilocos region, Calabarzon (Cavie, Laguna, Batangas, Rizal, and Quezon), Northern Mindanao, and the Cordillera region during the New Year revelry.

Despite these incidents, however, Carlos noted a significant drop in the number of indiscriminate firing incidents in the 2022 New Year revelry as compared with previous years.

“No stray-bullet deaths were reported during the entire holiday season until 6:00 a.m. today,” Carlos said.

He added that the PNP is currently building-up cases against those arrested in relation to 17 illegal discharge of firearms incidents.

Arrests for sale, use of illegal firecrackers

Meanwhile, a total of 31 individuals were arrested for the illegal sale and use of firecrackers, with authorities confiscating illegal fireworks worth more than P1.5 million.

“Generally, 2022 was greeted with caution backed with the necessary information on how to avoid accidents at this important occasion,” said Carlos.

Injuries due to firecrackers, on the other hand, are currently at 88 based on police records from Dec. 16 to 30.

The PNP said that it will now coordinate with hospitals and the Department of Health to synchronize the data on firecracker-related injuries.