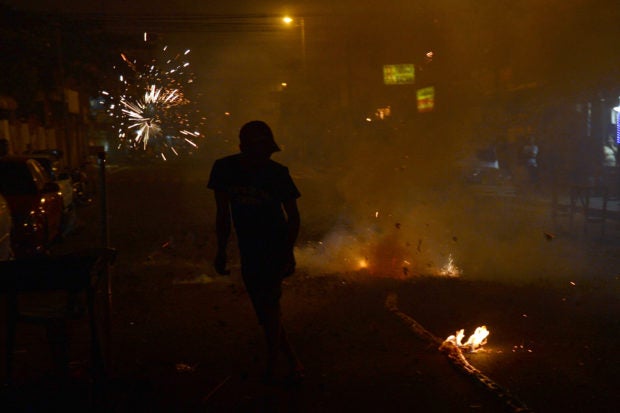 MANILA, Philippines — The Department of Health (DOH) reported on Saturday 85 fireworks and firecrackers-related injuries as of 6 a.m. as the nation ushered in 2022.

Health Secretary Francisco Duque III said in a press briefing at the East Avenue Medical Center that the number of injuries is 11 percent lower compared to 96 cases reported and recorded in 2020.

Meanwhile, Duque also noted that the 85 injuries were 75 percent lower than the average of 336 injuries in the last five years.

He added that Metro Manila recorded the most number of fireworks-related injuries at 36 percent. A statement from DOH noted that 15 percent of the cases happened in Western Visayas and 13 percent were in the Ilocos Region.

(Most of those injured were only bystanders at 58 percent. Thirty-eight percent of cases involved illegal firecrackers.)

“Minors and young adults between 11 to 30 years old were injured the most… While more than half of the cases (61%) blasted/burn injuries not requiring amputation, about 12% still required amputation,” the DOH said.
There were no cases of fireworks ingestion, stray bullet injury, or death reported, so far, according to the report from the DOH’s firework-related injury surveillance as of Saturday morning.