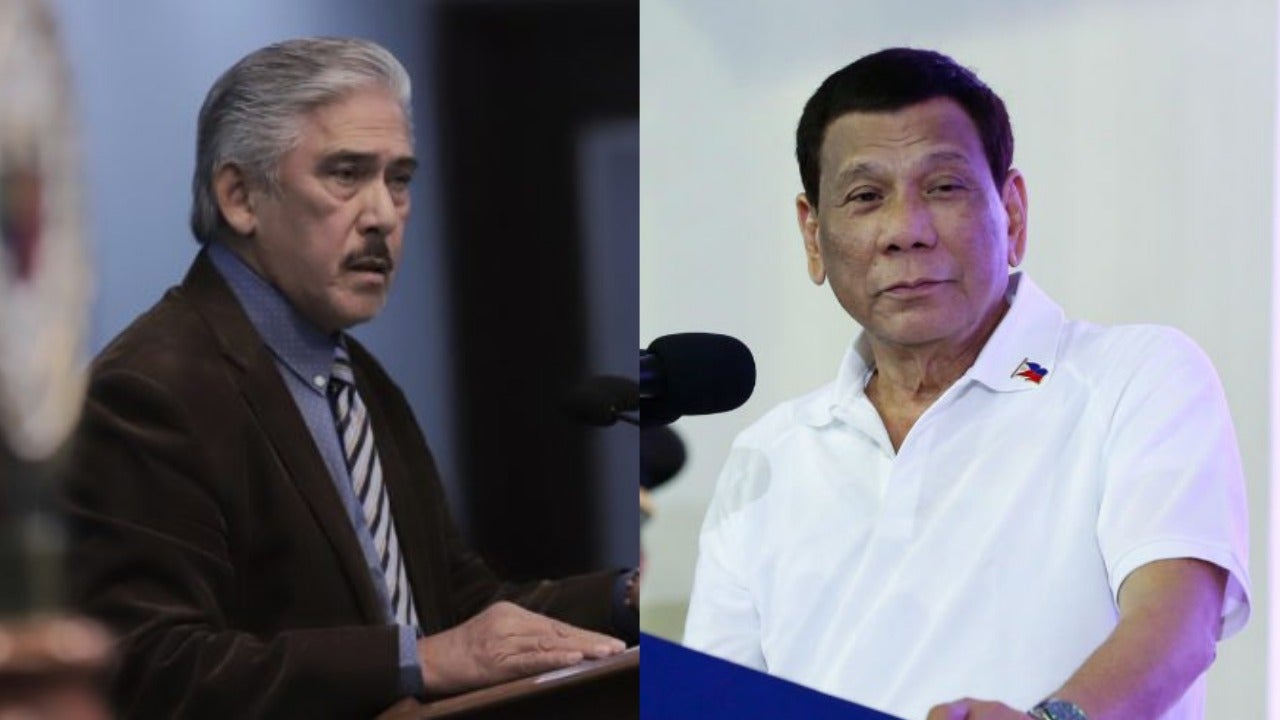 MANILA, Philippines — President Rodrigo Duterte on Thursday apologized to Senate President Vicente Sotto III for the “ruckus” in the implementation of COVID-19 protocols in Malacañang.

Duterte issued the apology during his speech in the ceremonial signing of the 2022 national budget and the law establishing the Department of Migrant Workers.

“Senate President Vicente Sotto, nandito po kayo? I would like to apologize for the ruckus. Hindi naman kasalanan — they are very strict. Well, that is — trabaho nila ‘yan so if there are lapses, I apologize to you publicly,” he said.

(Senate President Vicente Sotto, are you here? I would like to apologize for the ruckus. It’s not their fault — they are very strict. Well, that is — that’s their job so if there are lapses, I apologize to you publicly.)

Sotto attended the signing ceremony and even joined the photo opportunity with Duterte and other lawmakers from both chambers of Congress.

When asked for the context of Duterte’s apology, Cabinet Secretary and acting presidential spokesperson Karlo Nograles explained the protocols for Malacañang guests.

“Visitors and guests who wish to meet the President inside the Palace or attend a Palace engagement where the President is present must show a negative RT-PCR test result,” he said in a statement.

“In addition, visitors and guests have to undergo antigen testing inside Malacañang as part of their second screening. This forms part of the Palace health and safety protocol,” he added.