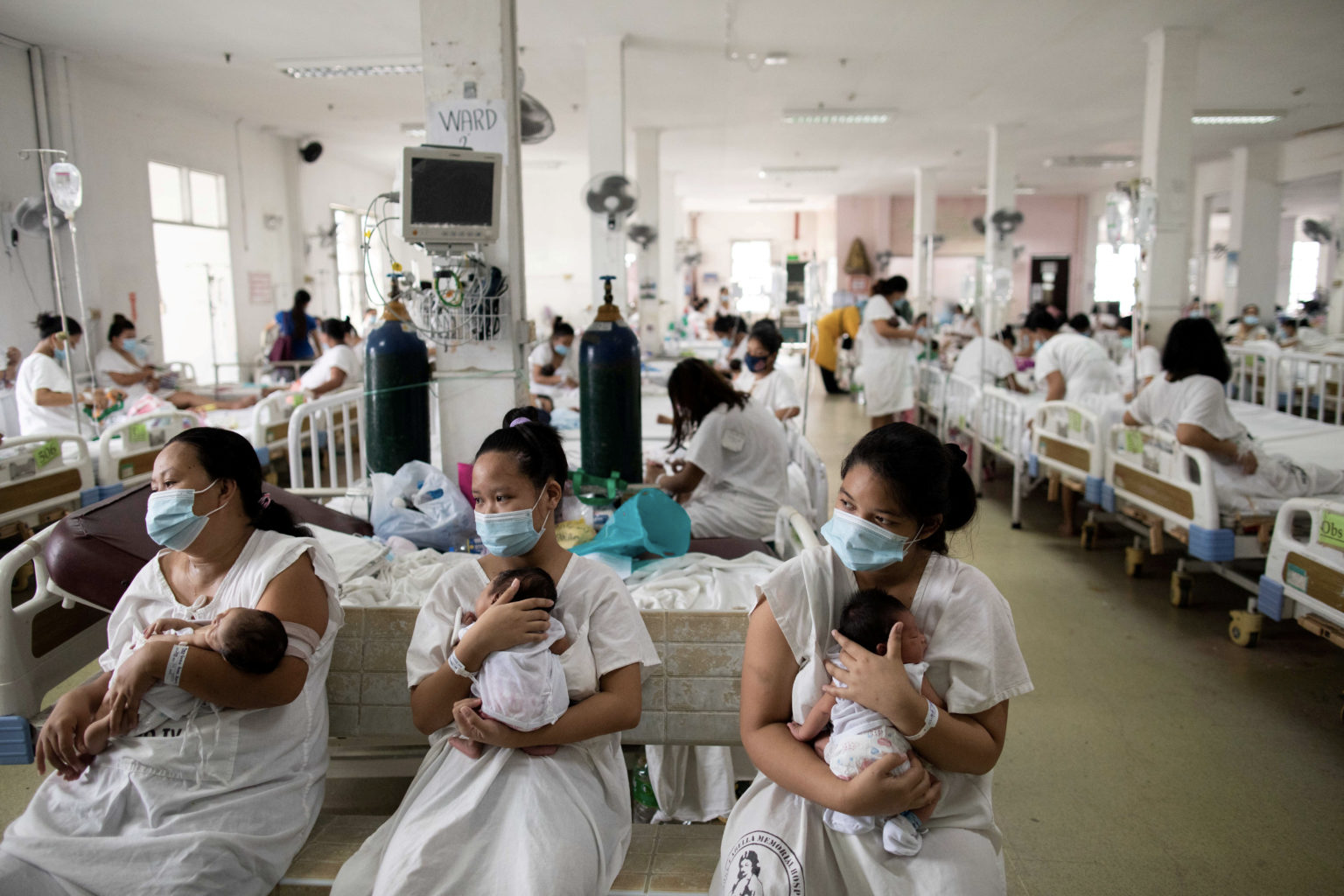 FILE PHOTO. Mothers carrying their newborn babies queue for a check-up inside the maternity ward of the government-run Dr. Jose Fabella Memorial Hospital in Manila, amid the COVID-19 outbreak. REUTERS/Eloisa Lopez

MANILA, Philippines—With COVID-19 and its dire economic impact, the Philippines, which had its worst recession last year, is expecting a 0.3 percent increase in population–the lowest in 75 years.

The Commission on Population and Development (Popcom) said this was because Filipinos remained “prudent” by continuing to delay having children or building a family in the face of an uncertain future because of the continuing health crisis in the country. 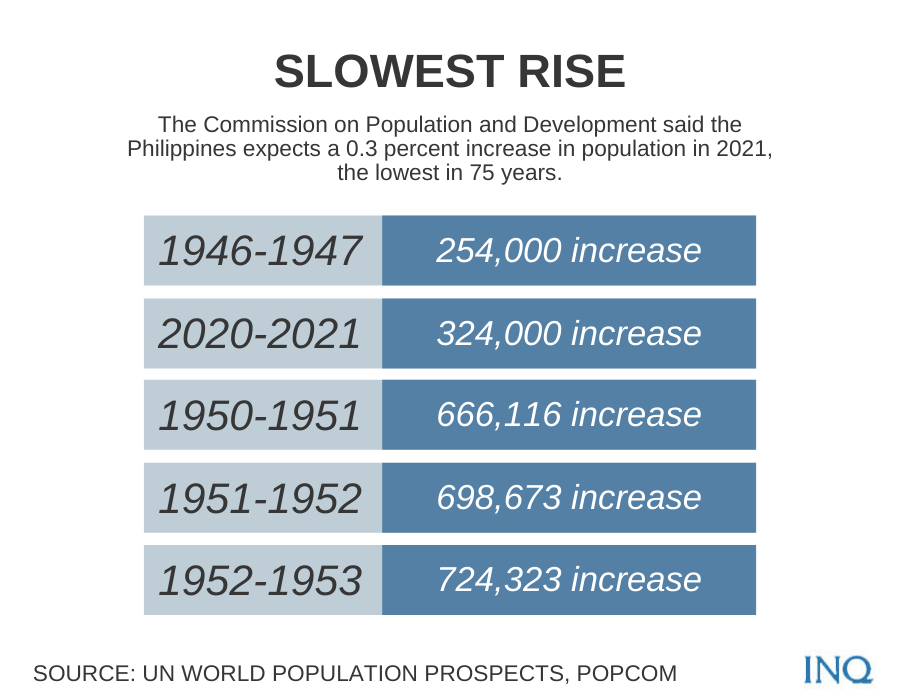 Gretchen Espedillon, who lives in Pasig City, said PopCom’s assessment reflects reality as Filipinos, especially the poor who were hit by the crises, are convinced that having a child now is not really ideal.

“I already have a child. He’s already seven, however, my husband and I decided to delay having a second one because life is really hard now, especially for us who find it hard to make both ends meet,” she told INQUIRER.net.

Espedillon explained that the income of her husband, who works as a driver, is only enough for daily living expenses, especially for the needs of their son who is already in primary school. 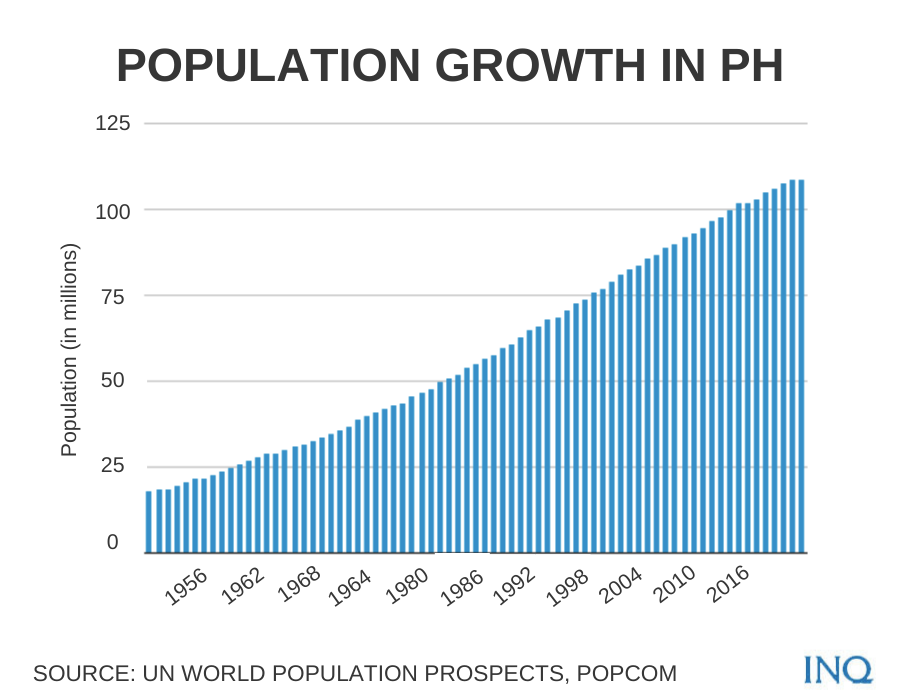 The Philippine Statistics Authority (PSA) said on Dec. 17 that in the first half of 2021, the poverty incidence was 23.7 percent—26.14 million Filipinos who lived below the average poverty threshold of P12,082. This was nearly one-third of the population.

The PSA said the rate of individuals whose income is not enough to meet even the “basic food needs” was 9.9 percent–10.94 million Filipinos. The average food threshold was P8,393. 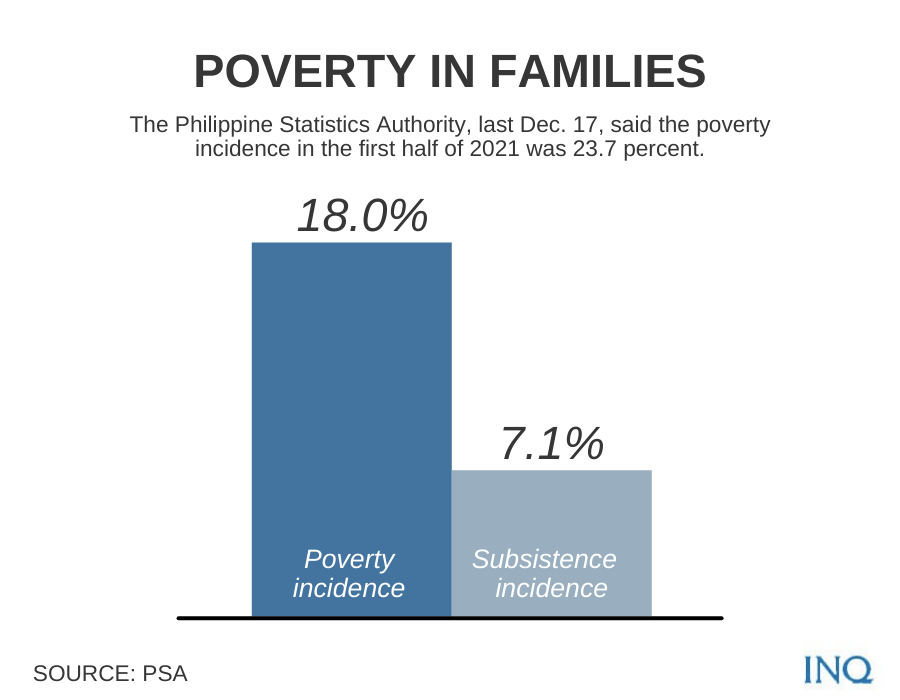 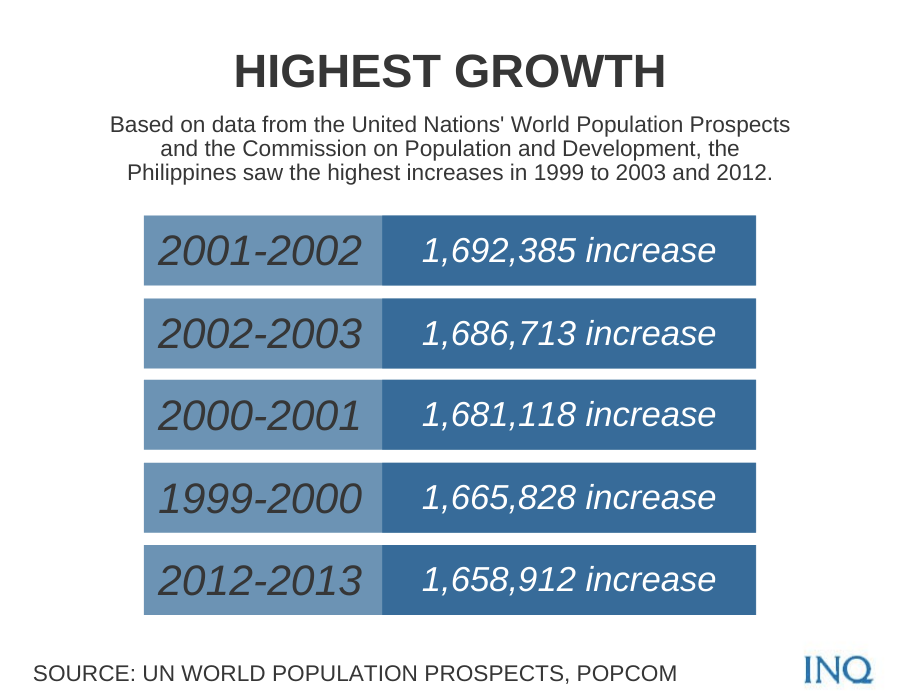 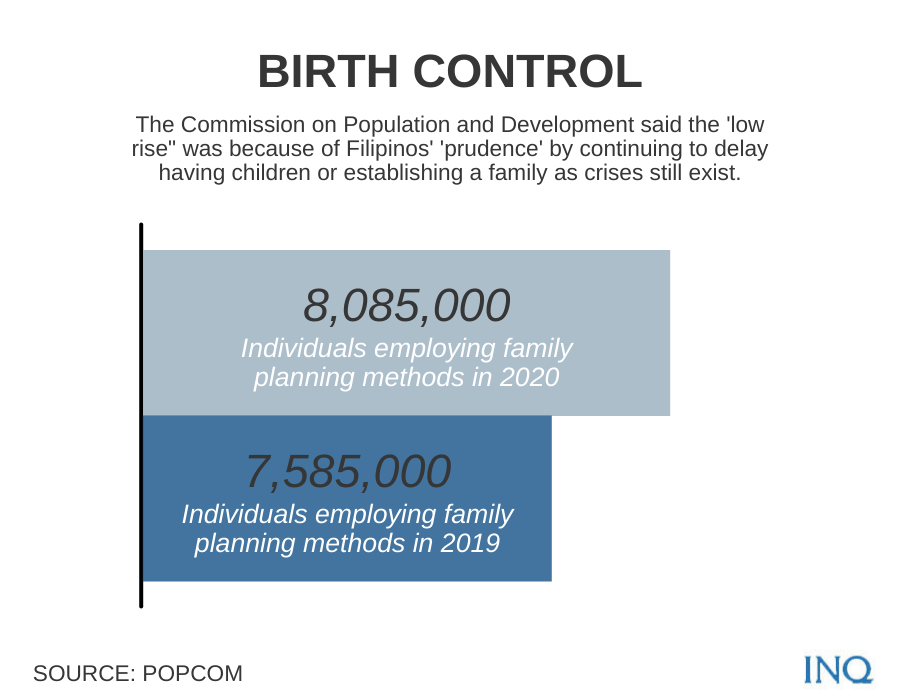 In 2020, the decline was also seen in Japan and the United States. The Japan Times said the yearly newborns fell to a record low of 843,321. In the United States, the USA Today said population was likely to increase by only 700,000 or 0.2 percent.

It said that based on estimates by Moody’s Analytics, it was the “slowest” since 1918, when the Spanish Flu and World War I “combined to shrink” the United States population.

Dr. Juan Perez, executive director of Popcom, said couples “in growing numbers” continue to avail themselves of modern family planning services in all regions in the Philippines, with eight million employing family planning methods in 2020– 500,000 higher from 2019.

He said in July that 8,085,000 individuals accessed family planning services in 2020, marking an almost four percent rise in the Philippines.

In August, the Department of Health asked local governments to continue the provision of family planning as one of the vital and essential health services, especially in the midst of the COVID-19 crisis.

Health Secretary Francisco Duque III said while COVID-19 placed the world at a standstill, the Philippines “managed to make progress” in family planning. He said there should be continuous conversations and services.

Perez said in August that “protecting ourselves from COVID-19 is as equally important as shielding our families from the burden of unintended pregnancies that may hinder our nation in achieving secure and comfortable lives.”

He explained that this will enable the Philippines to reach its full economic productivity potential and improve educational results.

Last Dec. 28, he said the last two years of low increases in population provided opportunities for attaining a more stable population that can support socioeconomic development at the national and household levels if integrated population and development interventions are sustained.

“If integrated population and development measures are sustained, we can look forward to a more stable population that can effectively support Philippine development,” Perez said.

“Smaller family sizes need to be supported by a national living wage structure that also allows parents to save for their households’ unmet needs in food, housing and education,” he added.

The Popcom projection for 2021 does not yet cover international migration.