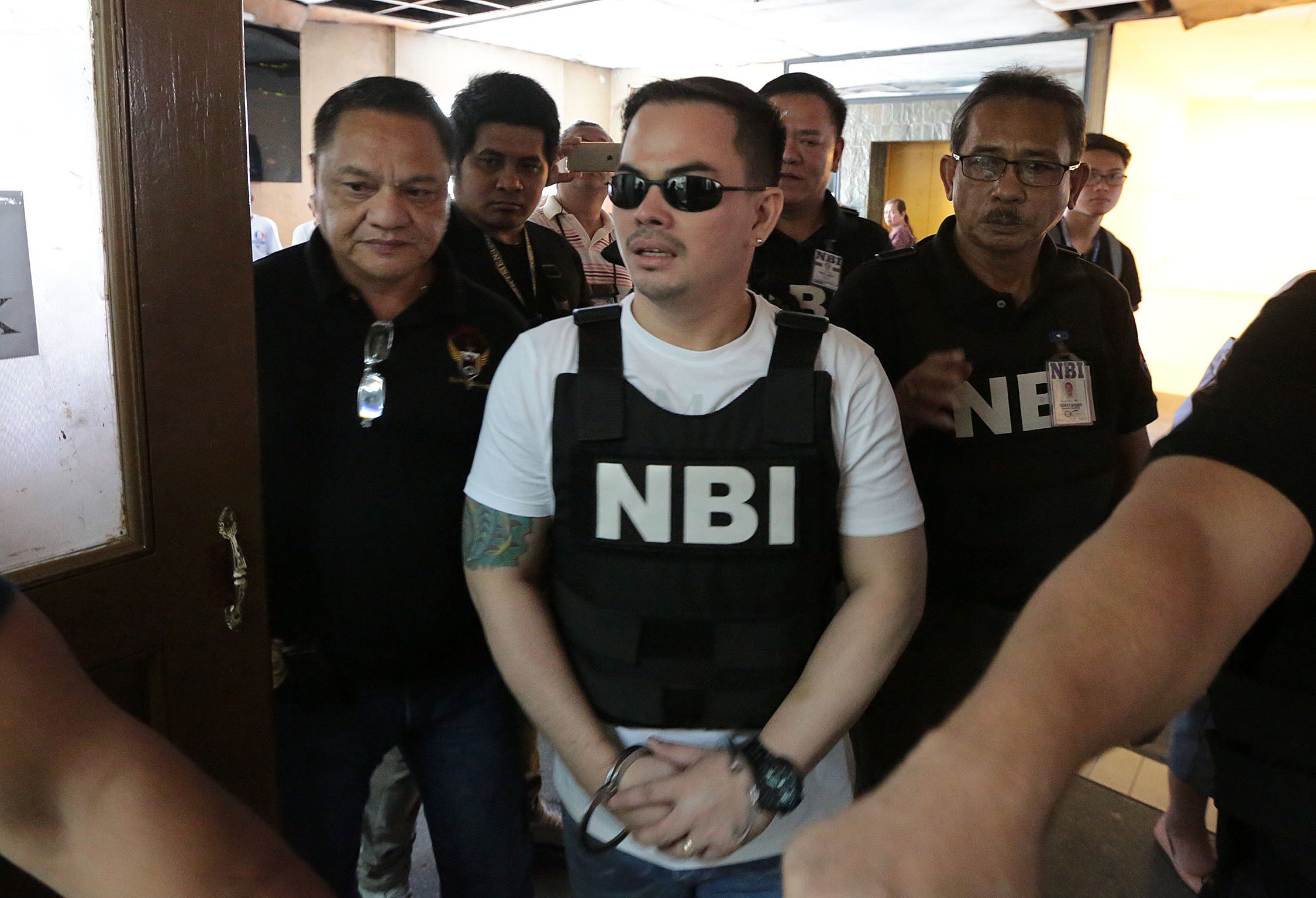 (FILE) Self-confessed drug distributor Kerwin Espinosa arrives at the Manila Regional Trial Court Branch 20 in Manila escorted by National Bureau of Investigation (NBI) agents on Thursday, August 30, 2018, to attend the hearing on the illegal drug cases filed by the Department of Justice against him. INQUIRER PHOTO / GRIG C. MONTEGRANDE

In a 13-page order dated Dec. 17, the court through Judge Gina M. Bibat-Palamos granted the demurrers to evidence filed by the accused as the court cited the prosecution’s failure “to adduce evidence to overturn the presumption of innocence  enjoyed by the herein accused.”

Aside from Espinosa and Co, the court also granted the demurrers to evidence of co-accused Lovely A. Impal and witness Marcelo L. Adorco. The demurrers stated that the prosecution has not presented other evidence aside from Adorco’s testimony to prove their case.

A demurrer to evidence is a motion to dismiss on the ground of insufficiency of evidence where a defendant cites that the evidence produced by the prosecution is insufficient, whether true or not, to make out a case.

“In proving that the Espinosa Group conspired to commit illegal trading or trafficking of dangerous drugs, the prosecution heavily relied on the sole testimony of Adorco. However, the court…declared Adorco’s sworn statements as inadmissible in evidence because the same was extracted from him by the police officers in violation of his rights under custodial investigation,” the court said.

“For one, Adorco, unwittingly, was made to be a witness against himself. For another, the rule is that even if the confession contains a grain of truth, if it was made without the assistance of counsel, it becomes inadmissible in evidence, regardless of the absence of coercion or even if it had been voluntarily given,” the court added.

Adorco issued another sworn statement on Aug. 11, 2020, recanting his previous affidavit which was used by the prosecution against Espinosa and the others.

The court added that even if Adorco did not recant his statement and his testimony is admissible, the prosecution should have presented other evidence to bolster Adorco’s claim.

“The purported participation of Impal, Espinosa, and Yuan in the alleged conspiracy was based solely on Adorco’s recanted testimony which is not only untrustworthy but also inadmissible for having been obtained in violation of his constitutional rights,” the court said.

It added that while there are the testimonies of the police officers, “taken collectively, is not strong enough to show that the Espinosa Group conspired to commit illegal trade or illegal trafficking of dangerous drugs for it is undisputed that the police officers have no personal knowledge of the crime that was allegedly committed.”

The case involved a 2013 transaction involving 20 kilos of shabu at the parking area of a mall in Makati City.

Adorco, in his first statement given without counsel, said he met Espinosa in 2011 while he was detained at a jail in Alta Vista in Ormoc City for illegal possession of firearms and helped distribute drugs to inmates.

As Espinosa’s errand boy after his release from jail, Adorco was tasked to pick up 20 kilos of shabu from Yuan who directed him to proceed to the Metropolitan Hospital where Impal, Yuan’s drug runner, was waiting.

After the transaction, Adorco returned to the jail in Ormoc City where he showed the shabu to Espinosa. The shabu was then delivered to a certain Max Miro in Albuera, Leyte. After the initial transaction, Adorco participated in at least four similar other drops in Metro Manila.