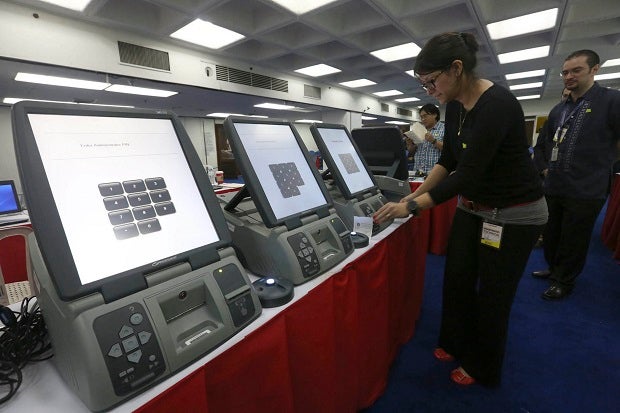 MANILA, Philippines — The Commission on Elections (Comelec) has included seven party-list groups covered by the temporary restraining order (TRO) by the Supreme Court (SC) in the final list of party-list candidates to appear on the ballot for the 2022 elections.

The seven party-lists are “with Temporary Restraining Order issued by the Supreme Court before the publication and posting of the Final Listing,” the Comelec said in its website.

These party-lists were earlier denied accreditation by the Comelec to participate in the May 9, 2022 elections. The SC, however, issued a TRO against the poll body’s decision.

With the addition of the seven groups, the party-list candidates for next year’s elections are now 173.

“Pursuant to Section 6 of COMELEC Resolution No. 10733 in relation to Resolution Nos. 10735, 10735-S, and Minute Resolution No. 21-1397, the Office of the Clerk of the Commission (OCOC)… shall cause the publication and posting of the final listing of party-list candidates to appear on the official ballot, within 15 days after the conduct of the raffle, in two newspapers of general circulation and in the official website of the Commission,” the Comelec said in a notice.

“In the performance of this mandate, the OCOC hereby notifies the following party-list groups of the order of their listing in the ballot in connection with the May 9, 2022, National and Local Elections,” the poll body added.

On Monday, Comelec Commission Rowena Guanzon also announced that the names of party-lists that have appealed before the SC will be included in the list of candidates on the ballot.

“To be prudent, inasmuch as they filed petitions in the Supreme Court, we @COMELEC will add the names of those party list but no re-raffle of numbers in the ballot,” she said over Twitter.

The raffle of party-list groups to determine the order of their listing in the official ballot was conducted on December 14.

“Final ballot face for printing is on Dec 30. Party list petitioners in the Supreme Court will be added at the bottom. Don’t push your luck. Accept your fate,” said Guanzon.