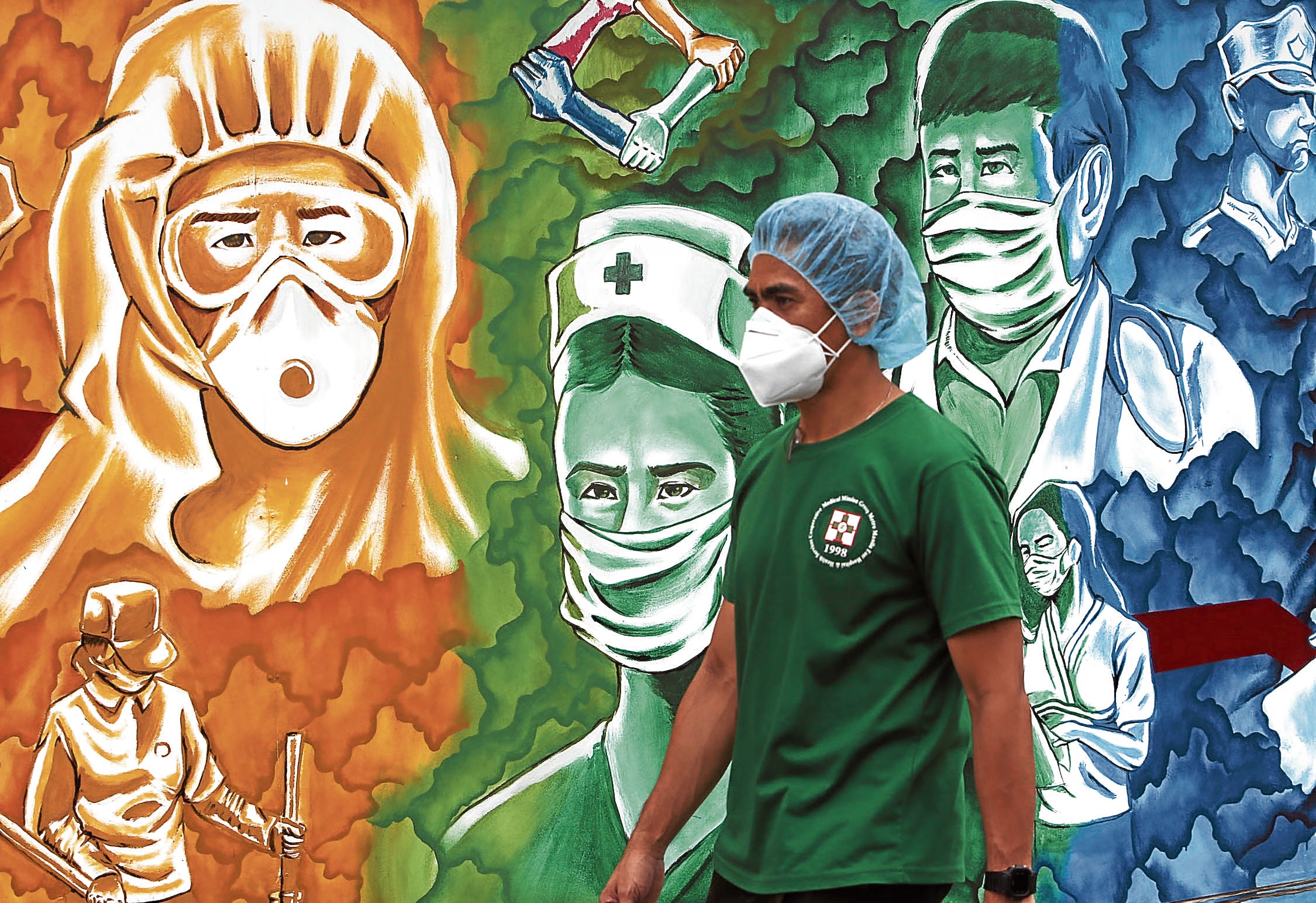 A hospital worker walks past a colorful mural honoring frontliners painted in front of a hospital in Pasig City. (INQUIRER/ MARIANNE BERMUDEZ)

“No. Postponed muna (It is postponed for now) per request of concerned citizens and patient groups so they can be informed well and advised on what to do during the holiday,” De Grano told INQUIRER.net in a text message.

De Grano said they will “still continue to ask for the payment [from PhilHealth] and prepare for the possible holiday next time.”

PHAPi earlier urged its members to not accept claims for PhilHealth deductions for health services from January 1 to 5, 2022 in support of other hospitals that have announced plans to cut ties with the state health insurer over millions in unpaid claims.

PhilHealth has urged the private hospitals’ group to reconsider its move, which will adversely affect patients.

Before this development, seven major private hospitals in Iloilo City have announced plans to disengage from PhilHealth due to unpaid claims amounting to more than P545 million.