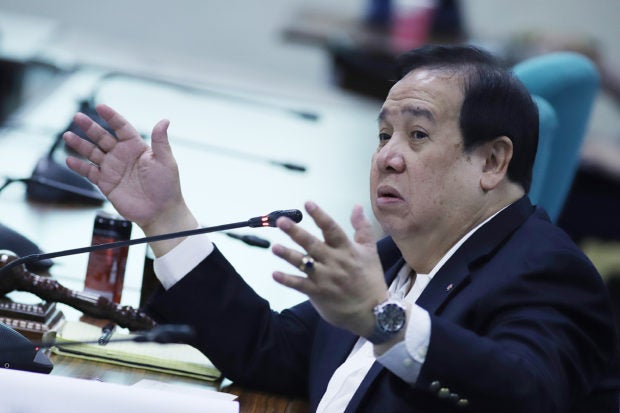 MANILA, Philippines — Local government units must adapt to the adverse impact of stronger and more destructive typhoons traversing the country, Sen. Richard Gordon said on Monday, as he cited the drastic effects of climate change on the Filipino people.

Gordon, who chairs the Philippine Red Cross, said local authorities must accept the reality that storms had been increasingly becoming more powerful due to the onslaught of climate change.

“I’m anticipating. The best lesson to learn is, right now, climate change has changed the whole nine yards,” he said, mindful that the country is often visited by an average of 20 typhoons every year.

Gordon gave the reminder just days after Typhoon Odette (international name: Rai), the strongest storm to hit the country this year, left a swath of destruction across hundreds of towns in the Visayas and Mindanao regions.

Data from the National Disaster Risk Reduction and Management Council put the death toll at 375, while 52 people remain missing.

According to Gordon, Odette has affected over 1.8 million people after making landfall nine times, according to official estimates.

It had also toppled power and communication lines, uprooted trees, stripped buildings of roofs, and shattered windows along its path.

The senator cited initial estimates of the damage to agriculture at P2.2 billion and to infrastructure P585.8 million, which includes damage to roads, bridges, and flood structures.

“The design of our houses is easily blown by the wind, so the government needs to exert special effort to come up with a design that is not only to be strong against winds but something that can be adjusted to the force of the wind, like in some countries that have the A-frame, like Switzerland and other Nordic countries, which is resistant against the force of snowfall,” he said.

Gordon also stressed the importance of proactive dissemination of weather advisories to alert local governments, especially those in the coastal and low-lying areas.

This will allow communities to take swift and appropriate actions to prepare against disasters, he said.

Albay Rep. Joey Salceda, for his part, said the government should include “permanent rehousing and relocation” in its infrastructure plan after Odette flattened hundreds and thousands of houses in the Visayas and Mindanao.

“The way forward is to make sure that the houses themselves are safe so that we don’t have to frequently resort to evacuation,” he said.

He said the government must shift from temporary evacuation to permanent rehousing, adding that rehabilitation must include building roads, supporting infrastructures such as schools and health-care facilities, and new housing in areas that are safer from natural and geohazards.