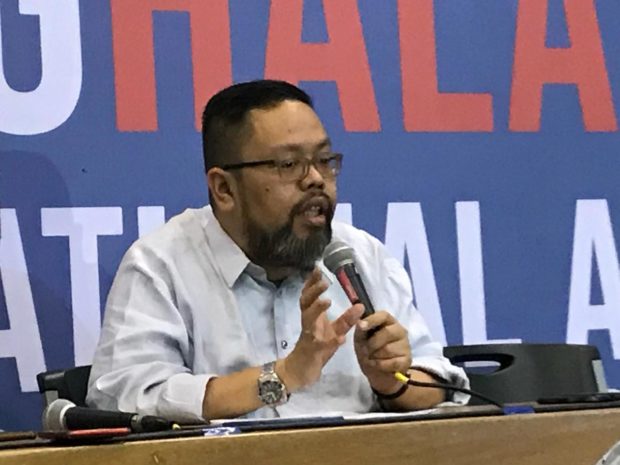 MANILA, Philippines — The planned simultaneous mock elections on Dec. 29 in the National Capital Region (NCR) and six provinces will push through despite the lack of hype.

The Commission on Elections (Comelec) admitted it was no longer expecting a high turnout of voters due to the pandemic protocols.

The first mock elections staged in Pasay City on Oct. 23 failed due to the low turnout.

Under its new protocols, the Comelec has limited to a maximum of 10 the number of voters allowed inside polling precincts for social distancing.

This puts to question whether the voting hours from 6 a.m. to 7 p.m. in the May 9, 2022, elections would be enough to accommodate 65.7 million registered voters.

“We are not after a high turnout but how the system performs. So it’s not about turnout,” James Jimenez, spokesperson for the Comelec, said at an online briefing on Monday.

The poll body will simulate the entire election process in 34 barangays in Metro Manila and in the provinces of Isabela, Albay, Negros Oriental, Leyte, Maguindanao and Davao del Sur.

The simulation will cover 2,774 polling precincts with a total 22,746 registered voters.

The Comelec has pushed the printing of ballots to Jan. 15 next year.

The poll body will start printing ballots even if there are still “pending issues” such as disqualification cases against certain candidates and restraining orders from the Supreme Court in favor of rejected party list groups, Jimenez said.

The Comelec’s “tentative” list so far has 15 candidates for president, nine for vice president and 70 for senator.

“We have until Jan. 7 to finish everything so that we won’t be late in printing [ballots],” he said.

He later clarified that Jan. 7 was the target release of the official list of candidates.

The test ballot has reached 2 and a half feet long, with the back page used for 166 party list groups seeking seats in the House of Representatives.