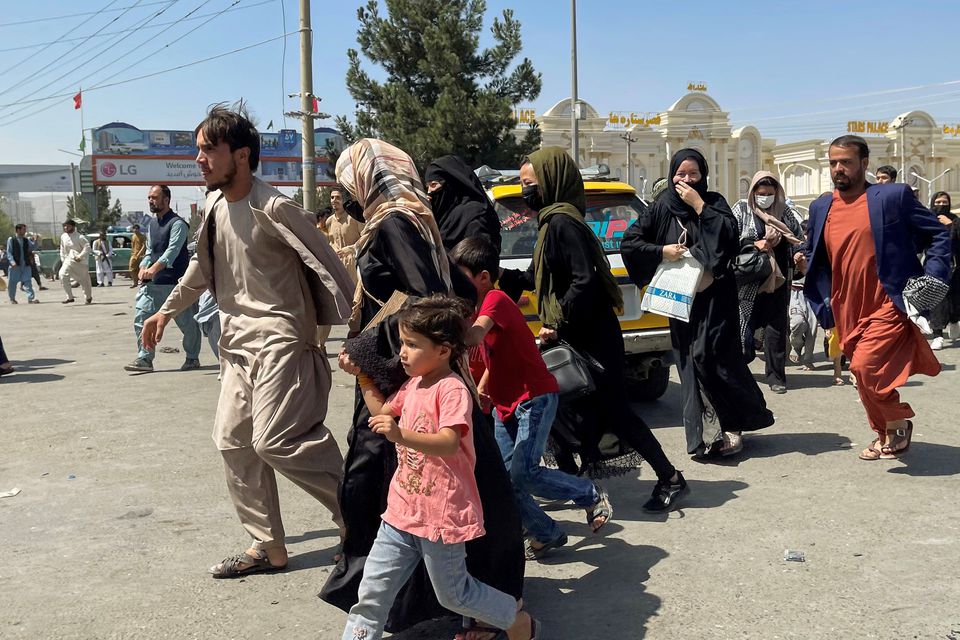 KABUL — Few nations endured as tumultuous a year as Afghanistan in 2021, and the country’s woes are far from over as a bitter winter draws in.

The Taliban’s astonishing return to power caught everyone on the wrong foot — not least the hardline Islamists themselves — and Afghans are stumbling to make sense of what happened, and what the future holds.

For the Taliban, the biggest challenge remains being able to transform from an insurgent force into an administrative body that can govern a complex and diverse nation.

For Western nations such as the United States and its NATO partners, the fear is twofold: that conditions will deteriorate and prompt tens of thousands more Afghans to flee abroad, and that terror groups such as Al-Qaeda will again find safe haven.

And for ordinary Afghans, food, shelter and employment are a priority — with women in particular bearing the brunt of the Taliban’s oppressive social policies.

“The consequences of the takeover were calamitous and immediate,” Kate Clark wrote in a special report for the Afghanistan Analysts Network (AAN).

The Taliban, she argued, “had no plans for how they would run the Afghan state without aid, an entirely predictable outcome of their decision to push for a military victory”.

“In opposition, they taxed the population under their control effectively, but were able to leave public services entirely up to the government, NGOs and ultimately donors,” Clark added.

“Now, in power… (they) find government revenues greatly reduced and they have an entire population to look after.”

Women and girls on front line

One of the biggest problems facing the Taliban is the effective collapse of the bureaucracy.

Over 120,000 Afghans were evacuated in the chaotic last days of the US withdrawal — mostly people who had worked with foreign powers in managing the aid-dependent administration and economy.

Many civil servants had not been paid for months before the Taliban takeover, and have little incentive to go back to work without knowing when they will get a salary.

“I go to the office in the morning but there is nothing to do,” said Hazrullah, a mid-level technocrat at the foreign ministry.

“Before, I was working on trade deals with our neighbours. Now we have no instructions on how to proceed. Nobody knows anything.”

Some of the Taliban’s leadership have been at pains to present the new regime as different to the hardline rule that characterised their first stint in power from 1996 to 2001, and — superficially at least — there have been some changes.

There has been no edict on women having to again wear the face-covering burqa, for example, or to be accompanied by a men in their families when leaving the house, though authorities say close male relatives must accompany women on long-distance road trips.

But apart from essential services such as healthcare, women are effectively barred from government work and high-school girls from education in several provinces.

The Taliban have tried to justify their decisions according to their definition of Islamic principles.

“It is for their own security,” they say — turning a blind eye to the fact that the biggest threat to women and girls’ safety has for years come from the Islamists themselves.

With the Taliban in power, security has undoubtedly improved, but brazen attacks by IS jihadists are on the rise — particularly targeting the country’s Shiite minority and also the Taliban fighters.

But it is the teetering economy that will dictate Afghanistan’s future at a time when a major humanitarian crisis is unfolding across the country described by the UN as an “avalanche of hunger”.

For humanitarians, it is a race against time as nearly 23 million people, or 55 percent of the population, face “crisis or emergency” levels of food insecurity this winter, the United Nations Office for the Coordination of Humanitarian Affairs (OCHA) said.

Both the Taliban and foreign powers will need to strike a delicate balance in the months ahead.

Donors are concerned about helping a pariah regime, while the Taliban believe their victory should not be compromised by, for instance, allowing women to work.

On Wednesday, the UN Security Council adopted a US-proposed resolution to help humanitarian aid reach desperate Afghans while seeking to keep funds out of Taliban hands.

The Islamists welcomed the move as a “good step”, though they deny the country faces a humanitarian crisis.

At a local level, some aid organisations have already been able to bypass Taliban officialdom and distribute essential supplies directly to those in need.

Elsewhere, Taliban commanders insist they have the sole right to hand out aid — to cement their authority and reward loyalists.

But at the national level, the Taliban can’t be seen to be dictated to by foreign powers and organisations and the leadership insists it must have control of funding and aid — something still unpalatable to many donors.

“If all the assistance goes to the poorest and most needy without discrimination –- a very tall order -– it would still make it easier for the Taliban to focus their resources on strengthening their control of the state,” Clark wrote for AAN.

The road ahead is unclear.

“The economic benefits flowing from the peace will still only be marginal nationally compared to the harm done by the absolute loss in foreign income and the isolation Afghanistan now faces,” said Clark.

How did the Taliban take over Afghanistan so quickly?
The return of the Taliban

Read Next
Climate change 2021: There’s no turning back now
EDITORS' PICK
What to watch out for when selecting a video surveillance solution
Heads may roll at BOC, says Palace if sugar smugglers are allowed to use recycled import permits
vivo brings to the Philippines a powerful smartphone with a slimmer body, the vivo Y02s for only PHP 6,499
DOH reports increase in daily COVID-19 deaths, mostly unvaxxed
Palace: Biggest supermarkets in PH commit to sell sugar at P70 per kilo
House energy committee chair Arroyo bats for cheap electricity
MOST READ
DepEd to give teachers P5K cash allowance within first week of classes
Alyssa Valdez to miss Creamline’s AVC Cup campaign
DOJ indicts bank officer in $2.1 billion Wirecard fiasco
GSIS cool to idea of lowering retirement age in PH
Don't miss out on the latest news and information.