MANILA, Philippines—The Philippine Navy on Wednesday (Dec. 22) deployed one of its biggest ships to transport essential supplies to areas devastated by Super Typhoon Odette (Rai) in Visayas and Mindanao.

Landing dock BRP Tarlac (LD-601) left Pier 13 in South Harbor for Cebu, one of the areas hardest hit by the typhoon, to bring 350,000 kilograms of aid from the government and other organizations, said Navy spokesperson Commander Benjo Negranza. These will be distributed to Visayas and Mindanao.

The ship also ferried 150 tons of rolling cargoes which included the military’s mobile kitchen, vehicles with water tanks and trucks from Meralco and Maynilad.

It also transported UnionBank’s bank on wheels, a mobile van with ATM machines. Residents were having difficulty withdrawing money from banks as power and communications remained mostly cut off. 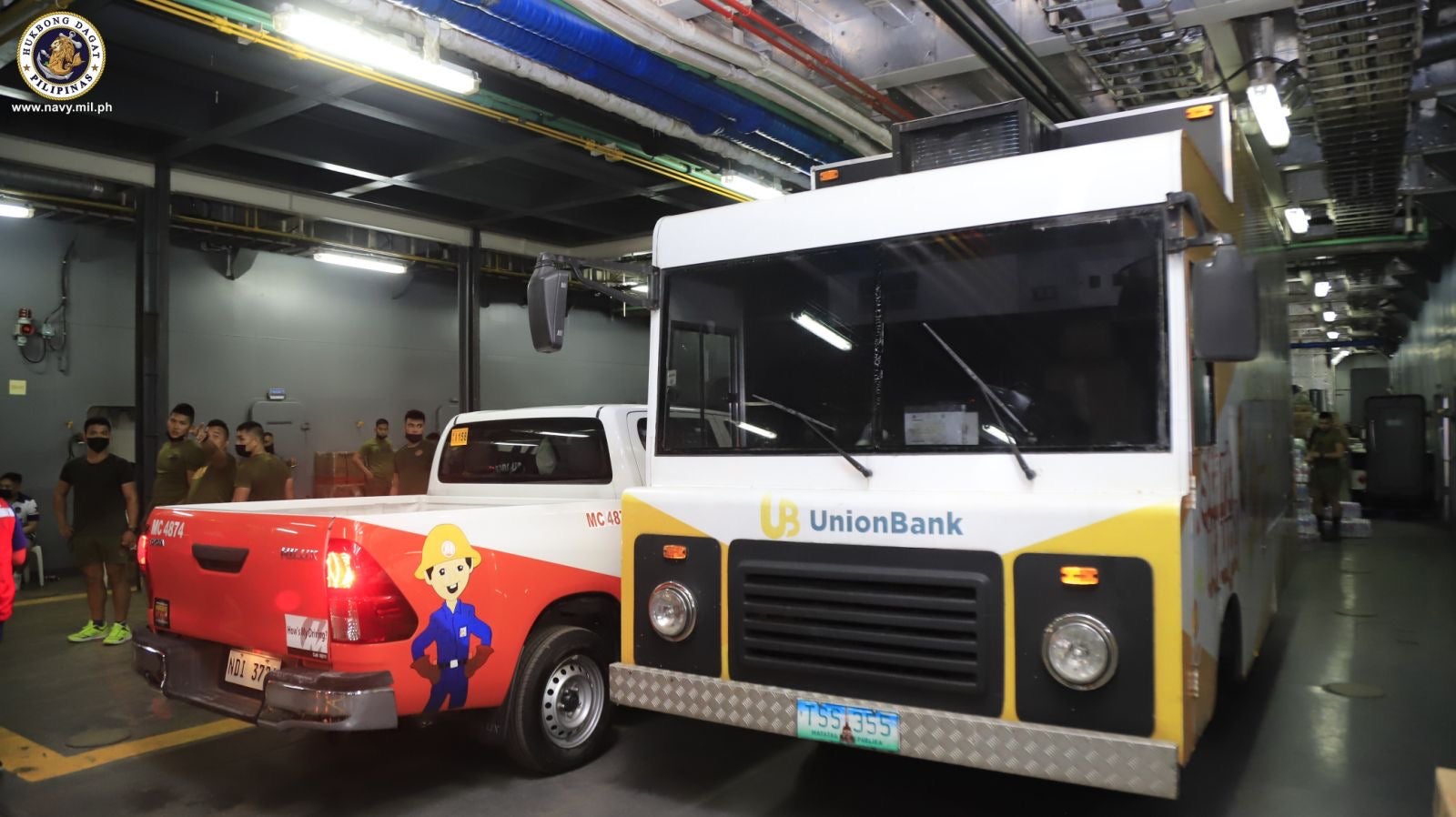 BRP Tarlac LD-601 ferries the military’s mobile kitchen and other vehicles, as well as Meralco trucks and bank on wheels. NPAO

Typhoon Odette, the strongest tropical cyclone to hit the country this year, killed nearly 400 people since it swept the Philippines last week, according to police. The extent of destruction was reminiscent of Super Typhoon Yolanda (Haiyan) in 2013, the strongest typhoon to ever make landfall in world history.

Local governments and survivors from storm-ravaged areas were desperate for food, water, and fuel, as their supplies run low.