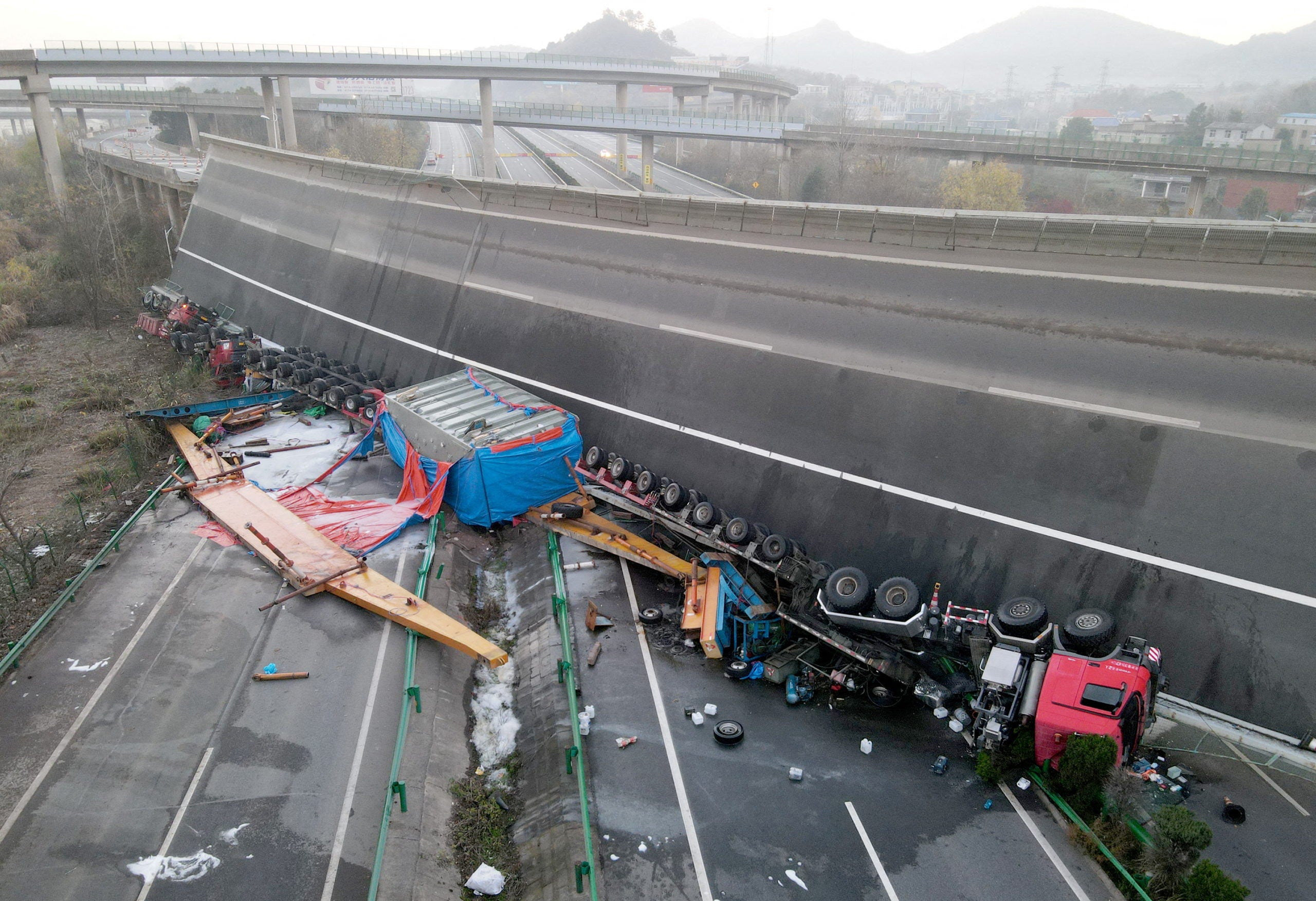 Overturned vehicles are seen at the site where a highway flyover collapsed in Ezhou, Hubei province, China December 19, 2021. cnsphoto via REUTERS

SHENZHEN, China — Four people were killed and another eight injured on Saturday when part of a bridge ramp collapsed in Ezhou City, in China’s central Hubei province, the official Xinhua news agency reported.

The bridge collapsed over an expressway, causing three trucks to fall while a car was crushed underneath, Xinhua reported, adding an investigation is underway.

Work was being carried out on the bridge when the incident occurred, the report said.