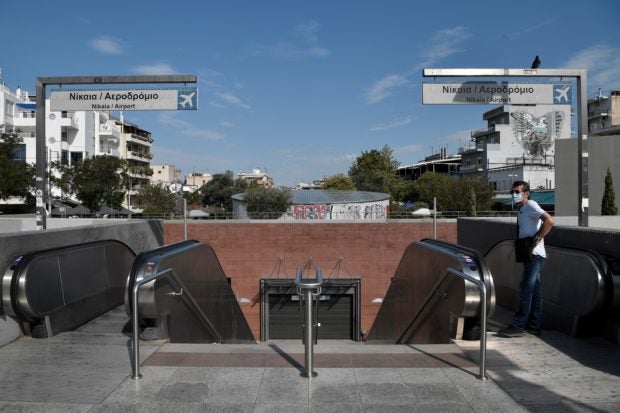 A man stands by a closed entrance to a metro station in Athens during a 24-hour general strike, called from Greece’s labour unions to protest against governments new labour bill, which workers say will erode their rights on June 10, 2021. AFP FILE PHOTO