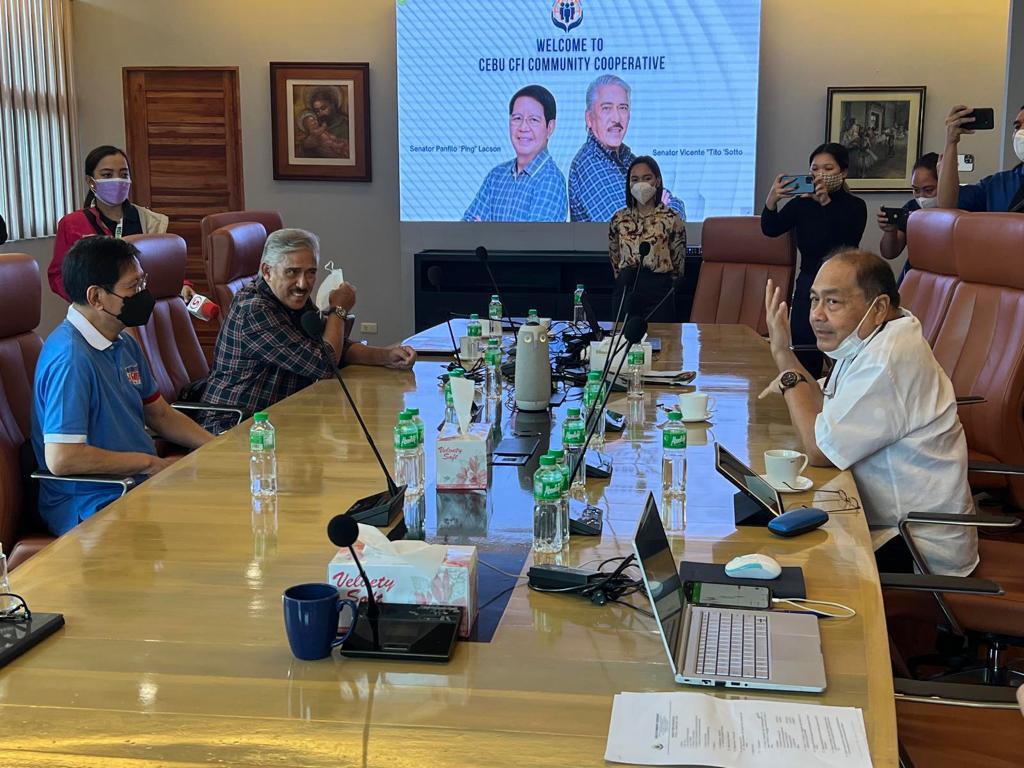 This was how Cebu’s political magnate Winston Garcia, the brother of Gov. Gwen Garcia, described Sen. Panfilo Lacson and Senate President Vicente Sotto III, who have teamed up to run for president and vice president, respectively.

“We will help you. You are our sentimental favorites. You are the most decent candidates. I hope the Filipinos will see through it,” Garcia told Lacson and Sotto during the tandem’s weekend visit to the province.

Garcia is the chairman of the Cebu CF1 Community Cooperative with 100,000 members and was the former head of the Government Service Insurance System.

Sotto said that while the backing and endorsement of local political leaders and businessmen are crucial in any election, this will play a secondary role in his vice presidential run in next year’s elections.

“The best endorsement comes from the people of Cebu. Endorsements are important, but we need votes,” Sotto said.

Sotto reminded the people that he has Cebuano blood running in him, as he noted that Cebu’s largest public-run hospital was named after his great grandfather and namesake, Vicente Sotto who was the Cebuano lawmaker who authored the Press Freedom law, the anchor of the journalists’ freedoms and protection.

In an SWS survey conducted in October, Sotto was the front runner among vice presidential hopefuls with 44 percent.