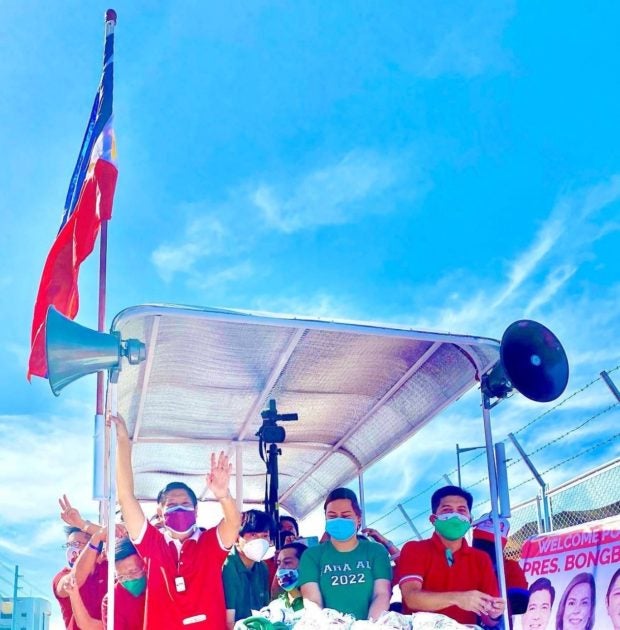 This development came after supporters of Ferdinand “Bongbong” Marcos Jr. and Davao City Mayor Sara Duterte-Carpio, running for president and vice president, respectively, will hold another caravan on December 12 from 6 a.m. to 10 a.m.

(What we are emphasizing to organizers is to comply with our restrictions or guidelines agreed upon. First, no programs on the roads, no unnecessary stoppage, and drive along the designated lanes.)

(We cannot implement all these because we have a limited number of personnel in the MMDA, police, and LGUs. So, we rely on self-regulation and self-policing that you mentioned. The accountability of the activity’s result is on you.)

Operations/ground commander of BBM-Sara 2.0 Mega Christmas Caravan General Romeo Poquiz said that they have learned their lesson when their caravan in Quezon City contributed to traffic.

(MMDA’s permit is clear. We’re confident that we can comply because we learned our lessons from what happened in Quezon City wherein it contributed to the traffic, many suffered.)

The caravan will have two groups. One will start from the Parañaque Integrated Terminal Exchange and the other group will kick off in Kalaw Avenue. The groups will converge in the Quezon Memorial Circle.

According to Artes, their issued permit is for the major thoroughfares under MMDA’s jurisdiction. Other roads that are under the LGUs shall be coordinated with the concerned LGU.

Poquiz, meanwhile, shared that currently, they have only received a permit from the Pasay City government.