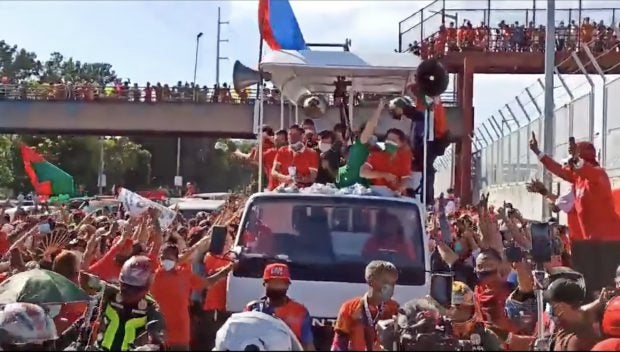 The Marcos camp issued an apology after the Quezon City government advised motorists to avoid Commonwealth Avenue, Elliptical Road, and Quezon Avenue due to the motorcade.

“BBM-Sara UniTeam apologizes to motorists, travelers, the city government, and even the MMDA if the Unity Caravan caused traffic congestion,” Marcos’ camp said in a statement in Filipino.

It added that supporters of Bongbong and Sara eager to unite and see their candidates for president and vice president overwhelmed those preparing for the event.

In a statement, the Quezon City government urged motorists to use other routes to avoid getting stuck in traffic.

“Due to the ongoing political motorcade along Commonwealth Avenue, Elliptical Road, and Quezon Avenue, all motorists bound for the said major thoroughfares are advised to take alternate routes,” the city government said.

“For those already on these roads, please take the nearest available road or U-Turn slot to exit and avoid the heavy traffic congestion,” it added. 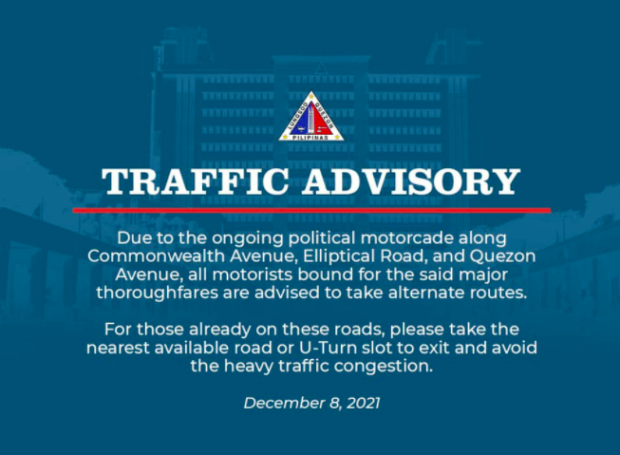 Supporters waited and gathered along major roads in Quezon City to join the motorcade of the Bongbong-Inday Sara tandem.

To prevent the possibility of causing superspreader events, the Department of Health appealed to political aspirants in the 2022 elections to refrain from holding political activities such as rallies that may lead to overcrowding.