Robredo: Vow of stopping ‘endo’ will not be just lip service 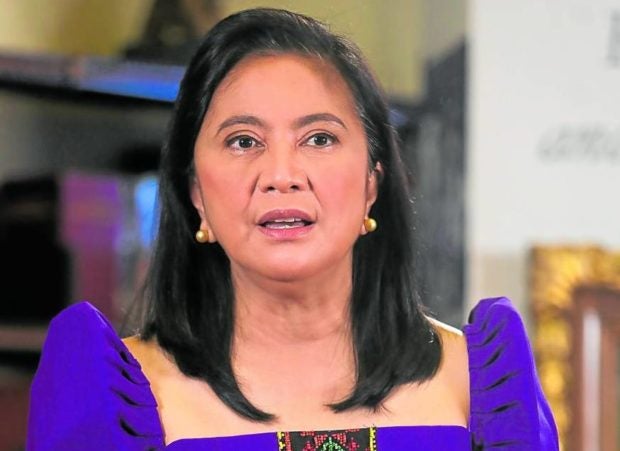 MANILA, Philippines — Her promise to put a stop to “endo” or the so-called “end of contract” labor practice, which is detrimental to workers, would not be just lip service, Vice President Leni Robredo said on Friday.

During a press conference about her labor platform if she is elected president in 2022, Robredo was asked how her promise to end contractualization schemes would differ from President Rodrigo Duterte’s pronouncements — given that he also made a similar campaign promise that remains undone.

In response, Robredo said that her track record would be an assurance that her words are not empty promises.

(It’s not only with this issue, but other issues as well.  The assurance is our track record.  It will always be the assurance.)

According to Robredo, it is easy to make promises — as all of them aspiring for the presidency have taken on a pro-poor, pro-labor force approach to their platforms.

However, she stressed that it would largely differ on how they have actually worked towards that agenda before they get elected to the presidency.

(Because it’s easy to make promises, and I think our promises are not really far from what other camps say.  But the assurance here is how you fought for it when you were not yet a candidate.)

Robredo was also asked about what she would do to ensure that endo and other unfair labor practices are ended — to which she said that passing the Security of Tenure bill and ensuring that the Labor Code of the Philippines is enforced.

(The Labor Code of the Philippines is clear on what practices are allowed, and what are not.  Job contracting is okay, but labor-only contracting is not allowed.  So we would ensure that this is clear so it would be followed.)

(Because labor-only contracting, the reason why it is banned is because you are recruiting employees without having the capacity to attend to them, you are acting like a client, so it is not clear what the employer-employee relation is.)

Early into the press conference, Robredo presented her “Hanapbuhay para sa Lahat” which seeks to provide jobs and help small businesses in order to strengthen the economy.

On Labor Day, Robredo calls for ‘ayuda,’ not ‘endo’ for workers