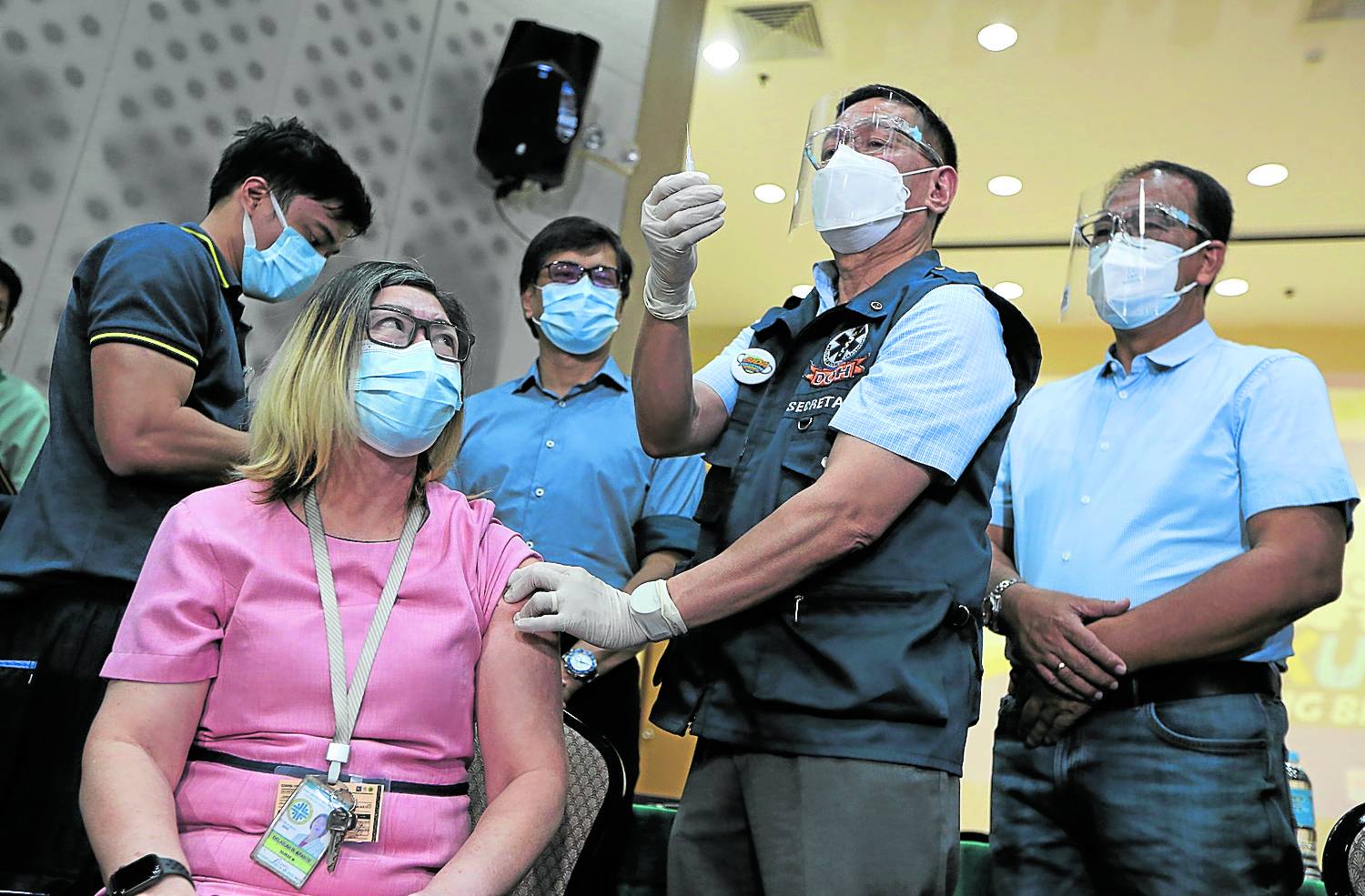 MANILA, Philippines—The Philippines’ vaccination campaign for all priority groups continues. This month, the government began injecting what could be considered as a third dose to adults already fully vaccinated, a boost for immunity but costs as well in a country already saddled with unprecedented debt.

According to the National COVID-19 Vaccination Dashboard—by the Department of Health (DOH), Inter-Agency Task Force for the Management of Emerging Infectious Diseases (IATF) and the National Task Force Against COVID-19 (NTF)—at least 643,370 booster doses had already been administered as of Dec. 8. 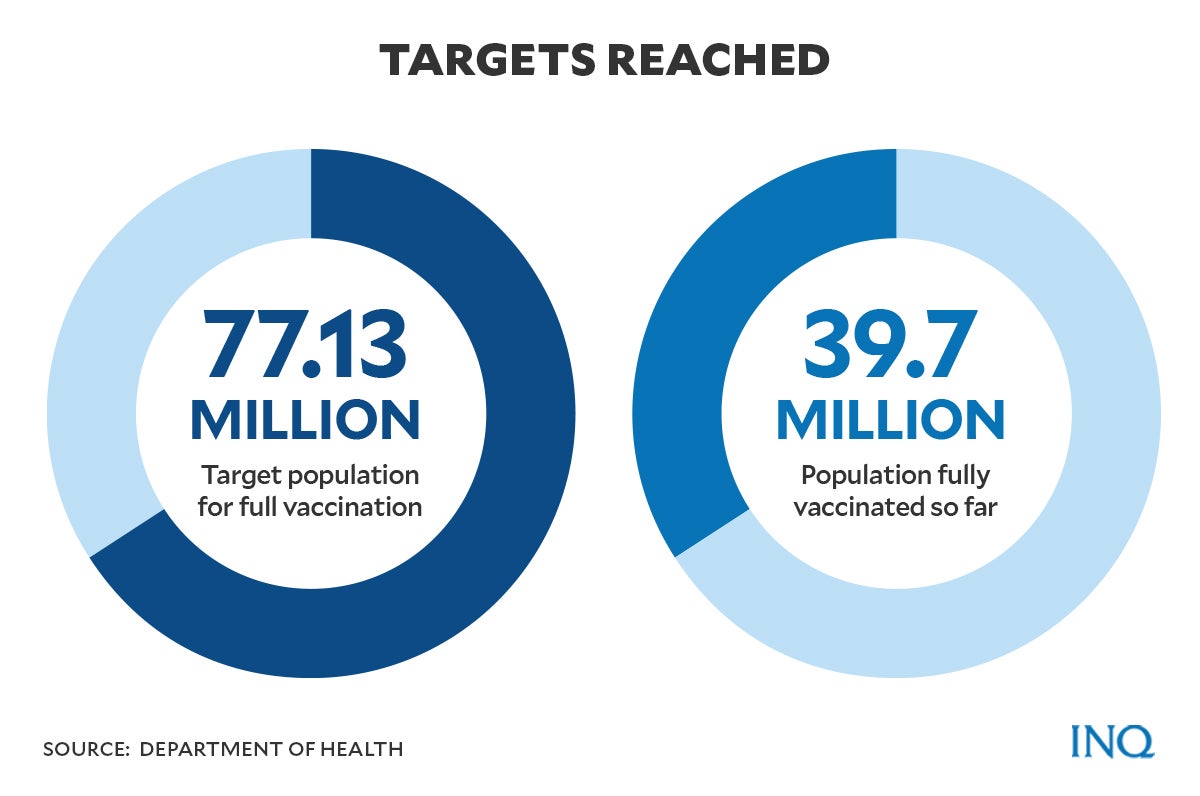 Vaccine czar Secretary Carlito Galvez Jr. said last month that the country’s current vaccine supply was enough to continue the vaccination campaign until the end of 2021. 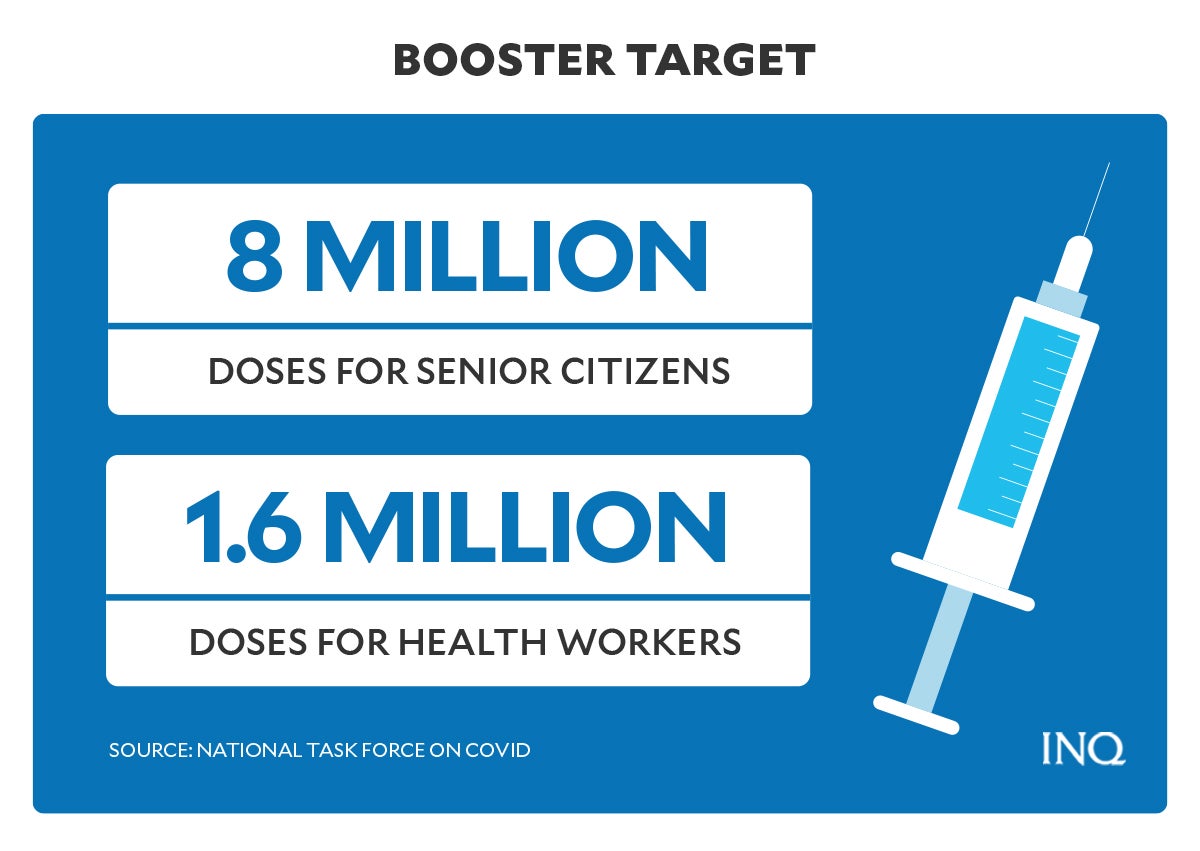 More vaccine doses, according to Galvez, will arrive in 2022 to be used as booster shots for more eligible beneficiaries.

READ: Arriving COVID vaccines to be used as booster shots in 2022 — Galvez

The costs of the vaccination campaign, however, were expected to rise as the government continues to secure loans from several sources to finance the purchase of more doses.

According to data from the Department of Finance (DOF), the country has so far secured at least P58.4 billion in loans for the vaccination program. These included: 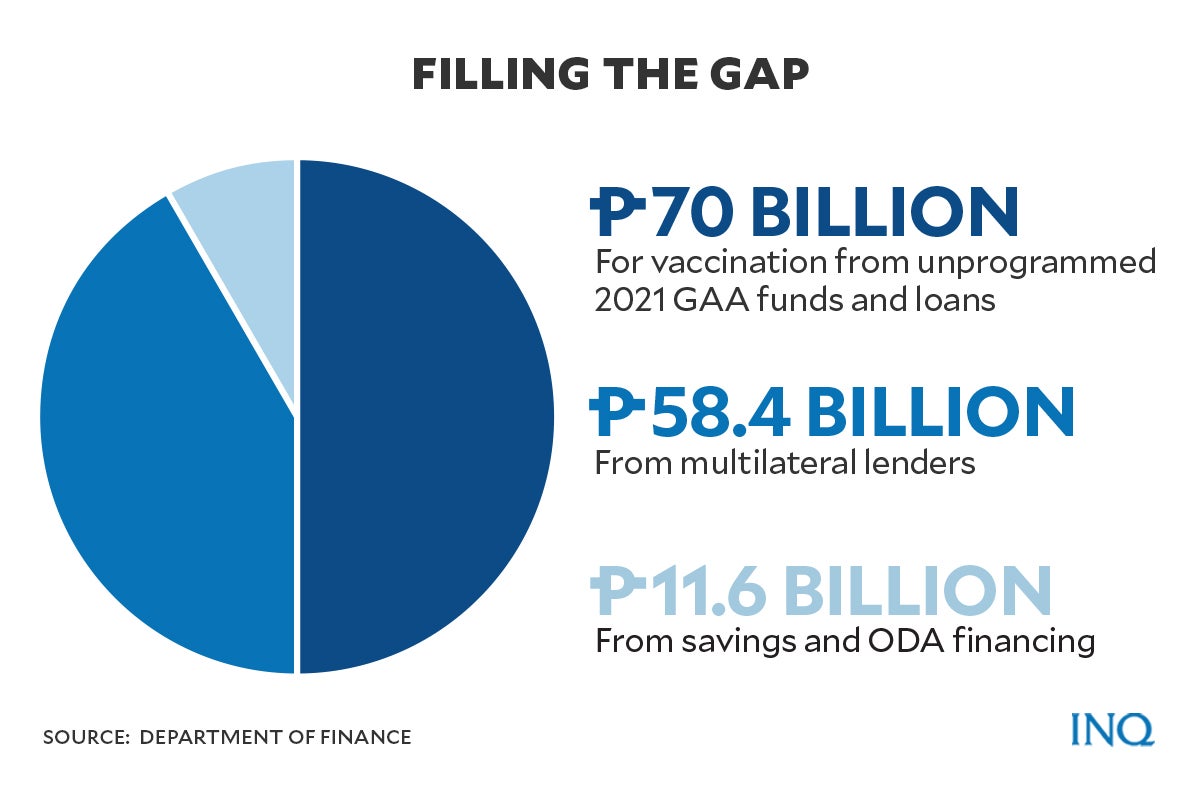 According to ADB and AIIB, the loans for the Philippines’ inoculation program aim to fund the procurement of COVID vaccines for the first and second doses of at least 50 million Filipinos.

As of October, the World Bank said 4.73 million doses out of 13 million doses procured by the Philippines through the P25.1 billion COVID-19 Emergency Response Project Additional Financing had already arrived. 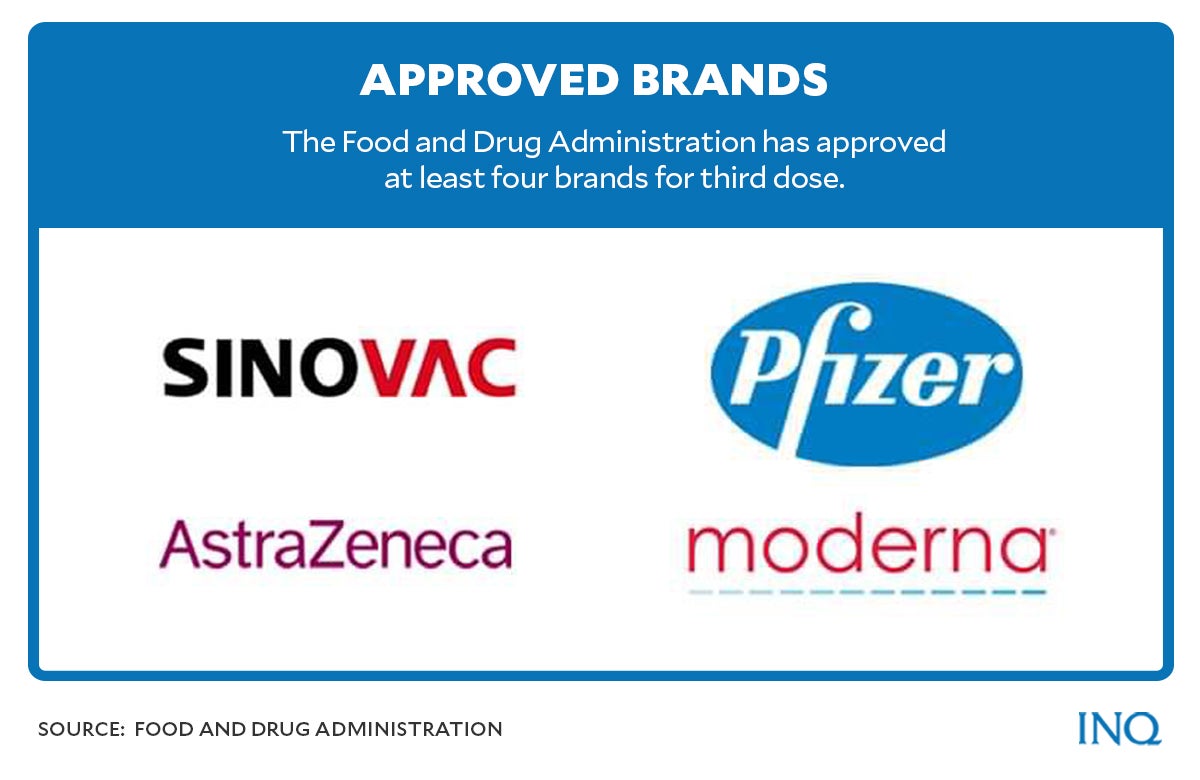 The government had already sought funds from multilateral lenders for the procurement of COVID booster doses to be administered next year.

Data showed that the country has sought the following loans: 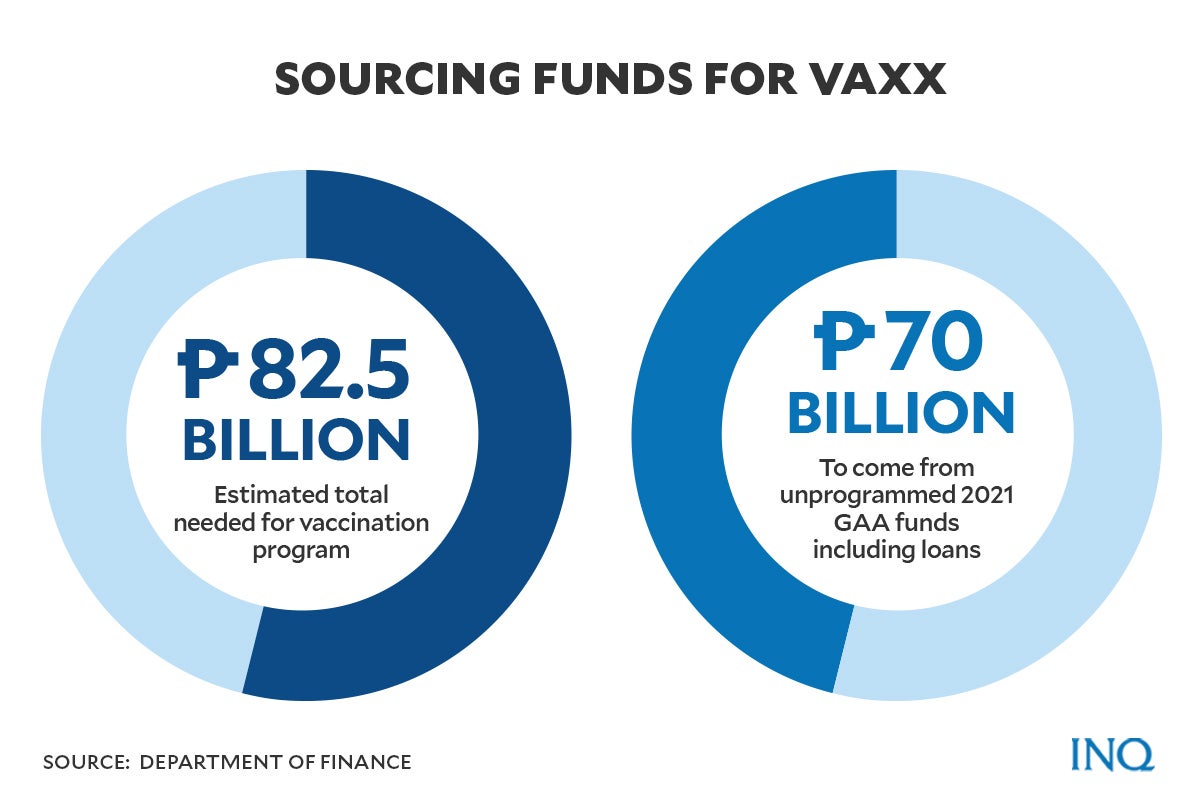 According to World Bank, the proposed P15.1 billion additional funding will undergo board decision this December.

It also said the fund aims to support the government in expanding its vaccine coverage against COVID and provide more vaccine doses to vulnerable groups.

Last month, AIIB said the additional funding was to be supported through its COVID-19 Crisis Recovery Facility and co-financed by ADB through its APVAX program.

“The project will provide critically needed vaccines to assist the Government of the Philippines in mitigating adverse health, social, and economic impacts caused by the COVID-19 pandemic,” AIIB said. 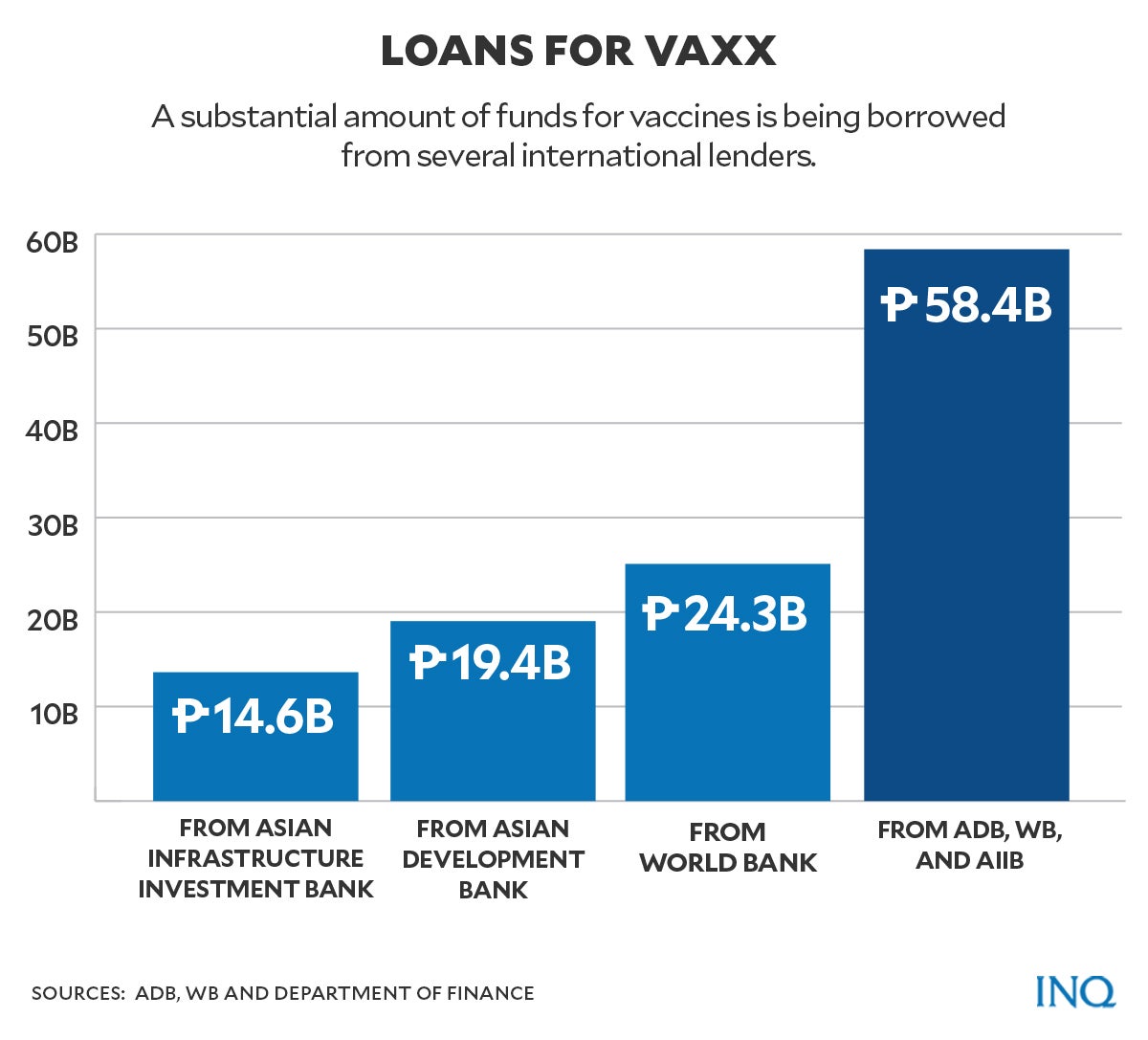 In October, Finance Secretary Carlos Dominguez III said the country had set its sights on an additional P45.3 billion from multilateral lenders to help the government buy booster shots.

“Exploratory discussions with the Asian Development Bank, the Asian Infrastructure Investment Bank, and the World Bank have been initiated to help determine possible funding sources for additional vaccine requirements in 2022. We expect to execute loan agreements toward the end of the year,” Dominguez said.

These upcoming loans will finance the P45.3 billion allocated for booster doses in the proposed P5.02-trillion 2022 national budget.

Proceeds from these possible loans would form part of unprogrammed appropriations in the 2022 national budget even as IATF was still studying whether to require booster shots.

Seven brands of vaccines have been approved and are being administered to recipients in the country. These were:

On the list, Moderna was the most expensive vaccine worth between at least P3,904 to P4,504 per two doses. It is followed by China’s Coronavac made by Sinovac at 3,629.5 per two doses; Pfizer-BioNTech, P2,379; Sputnik V by the Gamaleya Research Institute, P1,220 and AstraZeneca, P610. 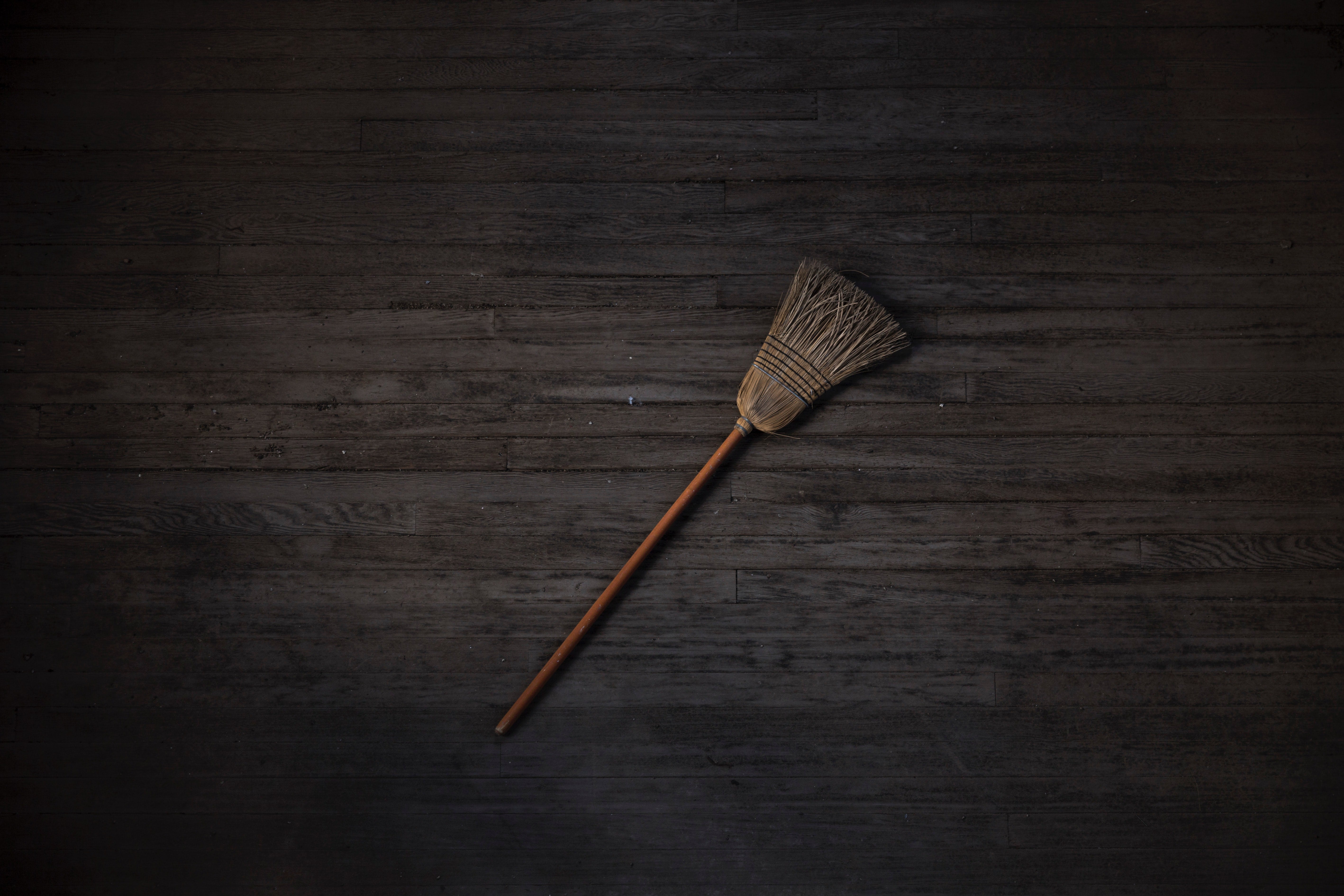 The vaccine produced by Novavax was the cheapest among the vaccine brands, with a tag price of P366 per two doses.

READ: Chinese firms profit off PH amid the pandemic

Data from the DOF showed that the country has so far borrowed a total of P1.15 trillion for the COVID fight.

The Bureau of the Treasury (BTr) recently released data which showed that the country’s total debt has reached a historic high of P11.97 trillion as of October.

The DOF reported last month that the national government’s outstanding debt might reach a record-high P13.42 trillion by end of 2022—which will be faced by the next president and his or her administration.

READ: Trillions and counting: The mountain of debt next president has to climb

In a report published by INQUIRER.net, non-profit research group Ibon Foundation suggested that the next president should revise the current tax-generating methods and consider “taxing the rich” to pay off its record debt.

“Since governments inherited debt from previous administrations, they had to generate revenues. The bad policy choice, however, was they were generating revenues by taxing the poor,” Ibon Foundation’s Sonny Africa said.

“It is beneficial to increase revenues by taxing billionaires and large corporations because it eases the tax burden on the poor,” Africa added.