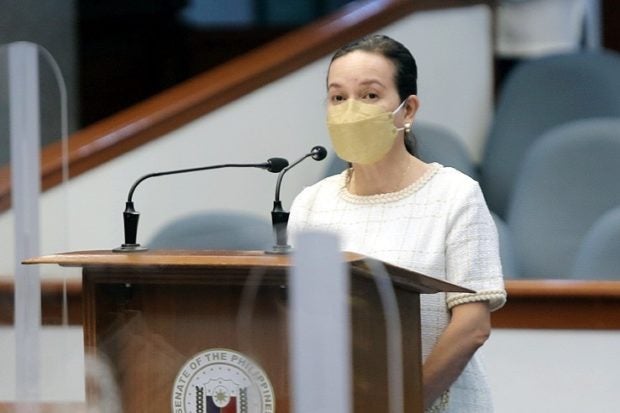 MANILA, Philippines — Senator Grace Poe on Thursday expressed disappointment over the Bureau of Internal Revenue’s (BIR) supposed lack of care and preparation for the public hearing on franchise applications.

During the hearing of the Senate Committee of Public Services, Poe, chairperson of the panel, asked the BIR for information on whether or not the franchise applicants have been paying their taxes on time and in full.

However, Atty. Roy Shaun Tancinco of the BIR’s Law and Legislative Division said they could not yet provide this information because they were only informed of the hearing on Wednesday.

“Regarding the compliance of applicants, we were actually just informed about this hearing yesterday and I was personally informed about it this morning. But we will check about their compliance. I’ll have this routed within this week,” he told Poe.

“The Senate is about to go on a break next week. As much as possible, we would like to finish our committee reports and hopefully take them up on the floor by next week,” she said.

She also said that the BIR was notified of the hearing “weeks ago.”

“Apparently, the BIR was notified beforehand, like weeks ago. So it’s probably in your office that you were just notified yesterday na ikaw papupuntahin sa hearing namin, ganun ba ‘yun [is that what happened]?” Poe said.

“I hope the BIR is taking our hearings seriously. I am not saying you are not qualified. I am saying that they should have at least informed you earlier,” Poe told Tancinco.

“I will look at the letter addressed to the BIR but I expect more participation and, I guess, respect from the BIR because this is an actual public hearing. These are some of your functions. You need to be able to assist the legislative branch. Before we give a franchise to a company, we have to make sure they have no liabilities.

“I am not directing this to you personally. I am disappointed that your officers are not even, I don’t know what to say, they don’t seem to care about this public hearing,” Poe further said.