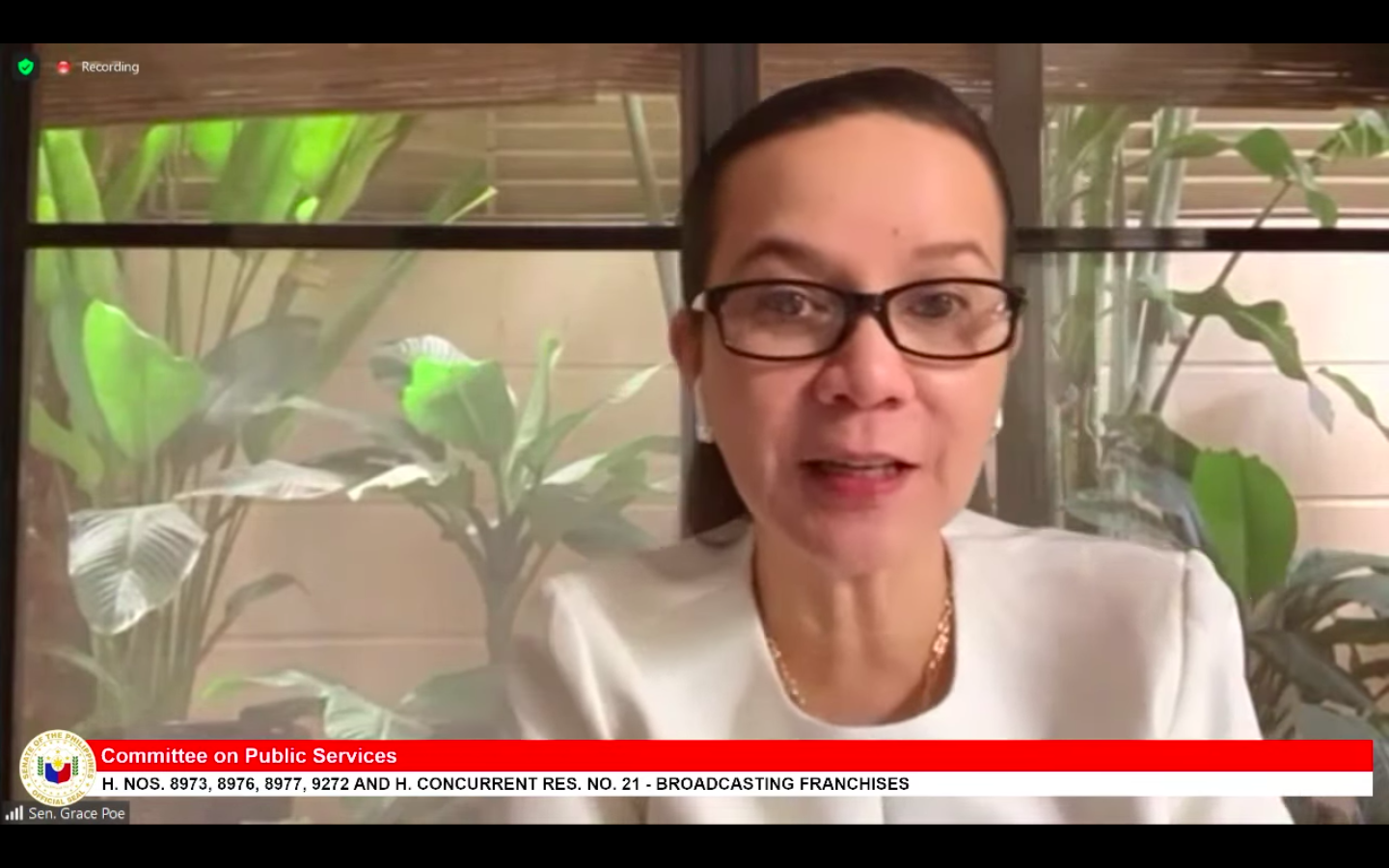 Senator Grace Poe during the Senate committee on public services hearing. Screengrab from Senate of the Philippines Youtube

MANILA, Philippines — The Senate committee on public services approved on Thursday the franchise applications of four broadcasting companies including that of Cignal TV.

Aside from Cignal  TV, the committee, being headed by Senator Grace Poe,  also gave its nod to the franchise applications of the Nation Broadcasting Corporation, Real Radio Network, and Advanced Media Broadcasting System, Inc.

Cignal TV, Nation Broadcasting Corporation, and Real Radio Network are seeking franchise renewals for another 25 years while Advance Media Broadcasting System is applying for the sale, transfer, or assignment of the controlling interest to Planet Cable, Inc.

“For the rest of our other applicants, for Nation Broadcasting Corporation, for Cignal TV, for Real Radio Network, and also for Advance Media, this hearing is now adjourned,” Poe said before suspending the hearing.

Asked later in a text message if the applications were already approved by her panel, Poe said: “Yes. Because FICTAP also has a Telco application. We will tackle that as well.”

Fictap is the Federation of International Cable Television and Telecommunications Association of the Philippines, which is also applying for a franchise.

The committee, however, suspended deliberations on Fictap’s franchise to further discuss its telecommunications application.

“Given that Fictap also has a pending application for telco franchise, we will suspend your consideration first para masama na pati ‘yung telco (to discuss its telecommunications application),”  Poe said during the hearing.

At the start of the hearing, Poe reminded applicants that “the grant of a franchise is a privilege that carries immense responsibility.”

“That is why you ought to continuously improve, upgrade and expand your services to the benefit and satisfaction of the public. In view of our mandate and responsibility to issue franchises, Congress has to ensure
that only the most qualified be granted this privilege,” she added.