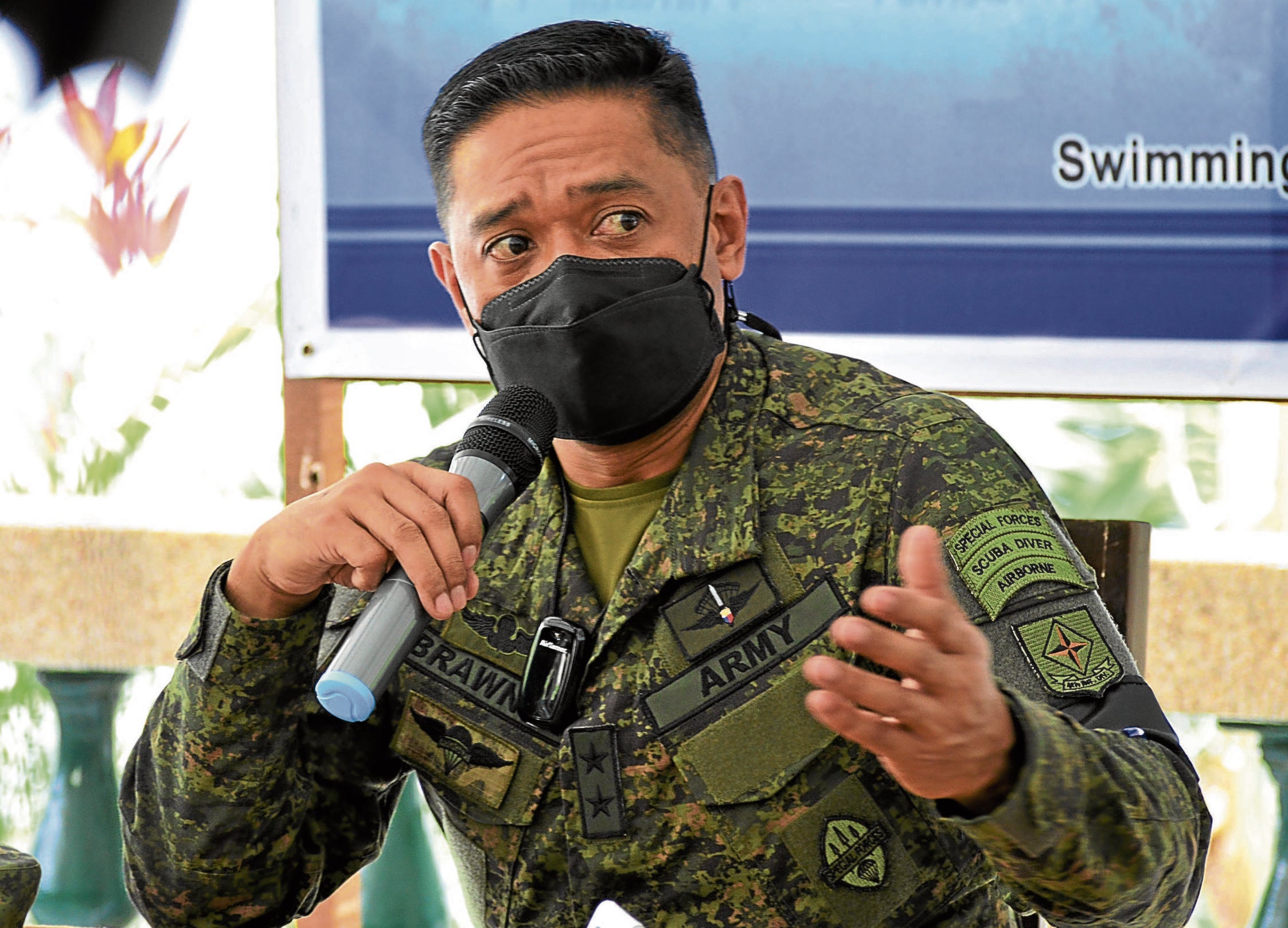 ILIGAN CITY––Saying the goal is an urgent one, Maj. Gen. Romeo Brawner Jr. has vowed to focus on crushing the communist New People’s Army (NPA) during his stint as Army chief, especially in the remaining time of President Duterte in power.

Brawner told SMNI News Network in an interview Wednesday that it was urgent to end the NPA so that by the time a new leadership in the country takes over after the 2022 elections, “they will no longer have a problem with the local communist armed conflict.”

“With a new administration, there will already be sustained and unhampered progress in our country,” he added.

President Duterte appointed Brawner as Army chief on Tuesday, succeeding Lt. Gen. Andres Centino, who assumed the post of chief of staff of the Armed Forces of the Philippines (AFP).

A member of the Philippine Military Academy “Makatao” Class of 1989, Brawner also succeeded Centino six months ago as commander of the Army’s 4th Infantry Division (4ID) based in Cagayan de Oro City.

Centino was credited for presiding over intensified attacks on the NPA in his area of responsibility, leading to the dismantling of many guerrilla fronts in the Caraga and Northern Mindanao regions.

Brawner sustained this pressure on the NPA, attributing this to, among others, the killing on Oct. 30 of Jorge ‘Ka Oris’ Madlos, the commander of the NPA’s National Operational Command, in Impasugong, Bukidnon.

He said Madlos’ death spawned the surrender of many NPA fighters in Bukidnon.

This accomplishment was believed to have given Brawner a head-start among candidates for the top Army post.

When he assumed as 4ID commander on July 5, Brawner vowed to give the NPA guerrillas “one big fight.”

“We will impose the sense of urgency among our soldiers and our partner agencies and local government units of ending the (insurgency) problem,” Brawner pointed out.

“We are in the finish line, so we will do what we need to do,” he added.

Brawner said the upcoming political exercise could disrupt the momentum of counter-insurgency initiatives, especially because local leaders would naturally deviate focus on their electoral contests.

During his stint as Army chief, Brawner said he would give priority to taking care of the health, morale, and welfare of soldiers and their families; hone the war-fighting skills and competencies of individual soldiers and Army units, and push down financial and logistical resources to operating units.

During Centino’s time as Army chief, ground units felt the strong flow of resources to support operations, resulting in good outcomes, He said.

This is important, according to Brawner, “so that they can perform their task, especially that of ending the local communist armed conflict.”

He also said he would beef up the corps of Army reservists for disaster response operations and prepare for possible external aggression.