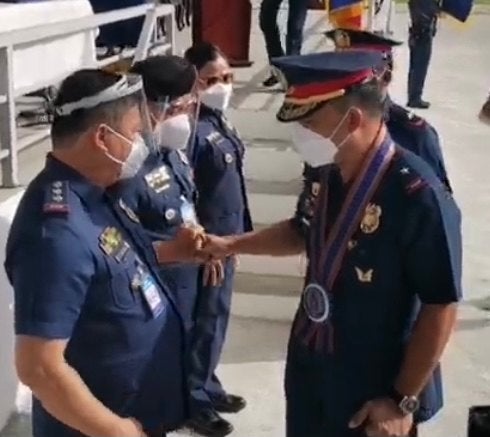 MABALACAT CITY, Pampanga––The director of the Central Luzon police has warned the public against unscrupulous people using his name to solicit money after two persons employing the same “modus” were arrested Dec. 7 in Mexico town in Pampanga.

“Let me remind the public to be discerning and do not easily trust anyone who will use the name of several personalities, including myself, to ask for a favor or money,” Brig. Gen. Matthew Baccay, Police Regional Office 3 (PRO3), said in a statement.

He had directed all police units to watch for these individuals who would try to deceive people.

“I also urge everyone to immediately report to authorities if they fall victim to any scam,” Baccay said.

Mexico police and members of the regional investigation-special concern unit arrested Editha Candelaria, 47, and Maribeth Cabanding, 41, after they allegedly introduced themselves as representatives of Baccay when they solicited P9,000 from Adonis Salas, barangay captain of San Antonio in the town for a “dinner-for-a-cause.”

Baccay said the duo allegedly told the village chief that the dinner would be held at Hotel Stotsenberg in Clark Freeport Zone on Dec. 10.

He said the male cohort of the two women eluded arrest.

He said charges would be filed against the arrested persons and their still-at-large companion.