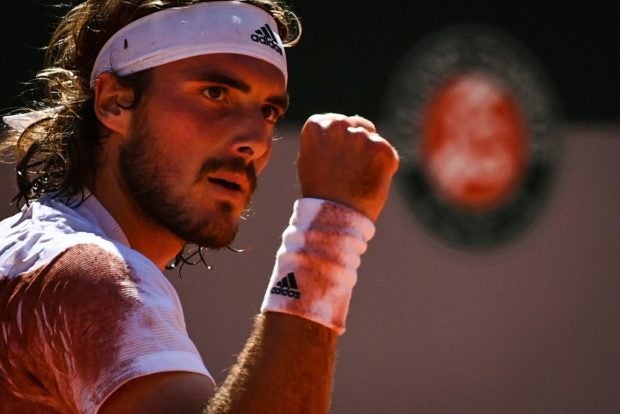 Stefanos Tsitsipas is one of the headline acts in tennis but, for some, simply saying his name is a challenge and he landed on a list of the most mispronounced words of 2021 on Tuesday.

The list, compiled by the US Captioning Company and commissioned by language-learning platform Babbel, is based on a poll of captioning professionals.

They identified frequently used, topical words that newscasters and people on television struggled to pronounce correctly this year.

World No. 4 Tsitsipas advanced to his first major final at June’s French Open, giving the 23-year-old Greek added exposure and sports commentators around the world a hard time.

Tsitsipas was not the only athlete to appear on the sixth edition of the list after Philadelphia Eagles center Jason Kelce revealed in a radio interview that his teammates and the media had been mispronouncing his name for years.

The 11 other words that made the list included new COVID-19 strain Omicron and two cryptocurrencies—Dogecoin and Ethereum.

“Newscasters in the US have struggled with 2021’s new words and names while reporting on key sporting events, viral internet trends and emerging celebrities,” said Esteban Touma, a Babbel Live teacher.

“As a language teacher it’s always interesting to see that some of these terms are usually new colloquialisms, or are rooted or borrowed from another language.

“And as a nonnative speaker, I must confess it’s fun to see English speakers stumbling a bit for a change.”