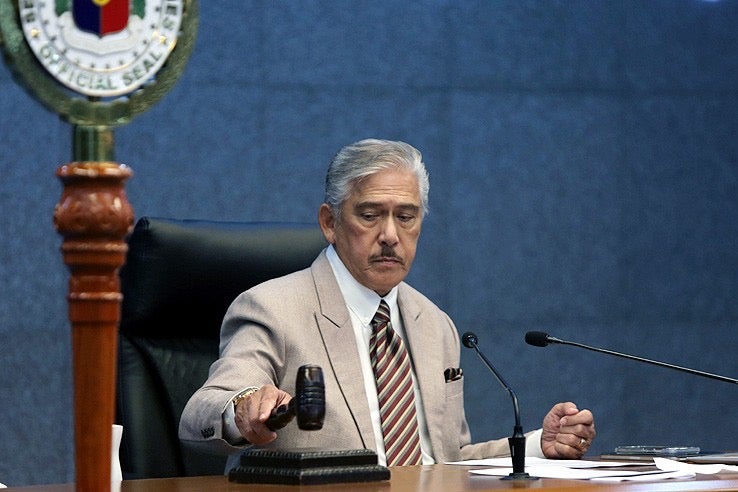 MANILA, Philippines — The Senate will begin on Dec. 14 its first investigative hearing into the smuggling of agricultural products which, Senate President Vicente Sotto III said, can be blamed on corrupt personnel of the Bureau of Customs (BOC).

In a privilege speech on Tuesday, Sotto said corruption in government, particularly the BOC, remains as the country’s “biggest disease” even as the country remains beset by the COVID-19 pandemic.

“These practices perpetuate the sufferings of Filipinos,” Sotto said. “Corrupt practices committed by certain individuals have far-reaching consequences that affect our farmers, business sectors, and ultimately the Filipino consumers.”

Sotto and several senators expressed support for an investigation into the issue, in the wake of reports of unabated violations of Republic Act No. 10845, or the Anti-Agricultural Smuggling Act of 2016, which classified as economic sabotage the large-scale smuggling of agricultural products amounting to less than P1 million, or a minimum of P10 million in the case of rice.

The senators on Wednesday agreed to constitute themselves into a committee of the whole to tackle the smuggling of agricultural products as raised by Sotto as well as by an earlier resolution filed by Sen. Francis Pangilinan.

Sotto blamed “several layers of corruption” plaguing the BOC, as smuggling apprehensions often end up only as press releases, but with no cases, or charges for lighter offenses being filed.

“Port congestion, red tape, [bribery] and under the table arrangements are just some issues in the Bureau of Customs that are burdening the businesses and weakens the business climate in our country,” he said.

“Woe on our farmers, woe on Filipino consumers!” he added.

According to Sotto, the country’s agricultural independence will never be achieved despite the government’s best efforts purportedly because of “individuals who are in cahoots with the smugglers.”

Sotto expressed dismay that BOC’s anti-smuggling campaign appeared good only on the agency’s press releases, citing how the 25 supposed anti-smuggling operations involving about P1 billion worth of goods ended up with few cases filed.

The incidents of smuggling, Sotto said, involved frozen meats, high-value agricultural food, garlic, onions, sugar, frozen mackerel and tuna, carrots, ginger, and other fruit and vegetable products, which, he said, were “misdeclared” as to description or quantity.

Pangilinan thanked Sotto for bringing the issue to light, as he underscored how the problem of smuggling of agricultural products undermines the country’s path to food self-sufficiency.

He noted how the country’s past and present problems on agriculture, such as the “cocolisap” infestation and the African swine fever, have been traced to the problem of smuggling.

In response, Sen. Cynthia Villar, chair of the Senate committee on agriculture and food, welcomed Sotto’s call for an investigation into the problem of smuggling.

Sen. Panfilo Lacson expressed dismay on how a case for economic sabotage he filed in 2017 against former BOC Commissioner Nicanor Faeldon remains pending before the courts, snagged by a petition the former customs official filed questioning his arrest order issued by the Senate.

Sen. Grace Poe said her office also received a complaint questioning how a joint venture purportedly won the contract to replace the “existing and antiquated core system of the BOC with a modern and improved system,” but which has supposedly not been funded and replaced.

“I’m also interested to know what has happened since the right has been awarded. What is taking them so long to fund this if it is needed and could improve the overall process of the BOC? Is this another manifestation of corruption in this agency?” she said.