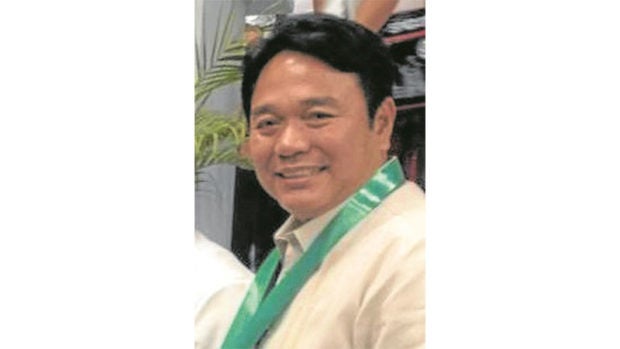 MANILA, Philippines — Due to a broken drainage, constructions dump their water on the road which led to flooding along Macapagal Boulevard, Parañaque City Mayor Edwin Olivarez said on Wednesday.

The area affected is the road adjacent to the Parañaque Integrated Terminal Exchange.

(We told them to direct their drainage to another way but that is the only path where the waters could go so the drainage should be repaired already.)

When asked if the drainage is owned by the government, the mayor affirmed.

“Yes, it was affected by the construction of new building in the area,” he told INQUIRER.net in a text message.

Olivarez said that they have coordinated with the Department of Public Works and Highways (DPWH) to work on the issue.

“[It’s] a national road, already talked to DPWH. We will start construction tomorrow, we already settled issued of right of way regarding topping point of the drainage,” he said.

Olivarez said that the road is the responsibility of the public works as it is a national road. However, the city government will also work on it because it is under their jurisdiction.

(That is under the DPWH but we are not turning our back on the responsibility.)

Three to five constructions are ongoing in the said area, Olivarez noted.

Portions of Edsa to undergo repair works on weekend — DPWH

DPWH to repair portions of Edsa, C-5, España Blvd over the weekend

DPWH goes beyond road works, builds ‘We Heal as One’ centers