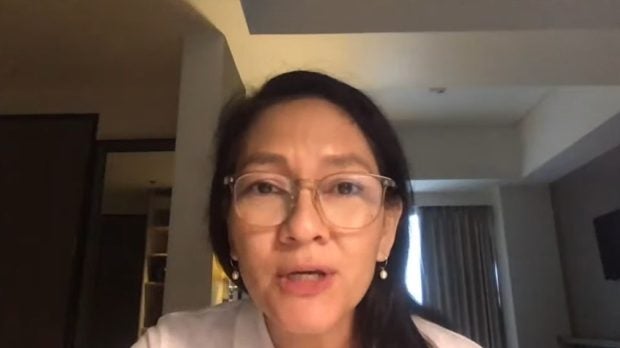 Sen. Risa Hontiveros (File photo from a video by the Senate Public Relations and Information Bureau)

MANILA, Philippines — Sen. Risa Hontiveros on Tuesday denounced the libel and cyberlibel complaints filed by Energy Secretary Alfonso Cusi and Davao businessman Dennis Uy against several media outfits and journalists, calling the charges an “act of harassment” to intimidate the press from duly reporting on the controversial Malampaya deal.

“Isn’t it ironic that while Secretary Cusi is seeking the wholesale muzzling of the media, he and Mr. Dennis Uy appear to be evading the questions the people want to ask?” she told reporters.

Hontiveros, who has filed a Senate resolution to look into the Malampaya deal, said Cusi should not be so sensitive about alleged personal slights considering the fact that the controversial energy contract was a matter of public interest that necessitated scrutiny by the media.

Based on documents provided to journalists, the defendants allegedly reported with malice the graft complaint filed by Balgamel de Belen Domingo, Loida Nicolas-Lewis, and Rodel Rodis before the Ombudsman against Cusi, Uy, and several others.