Iceland raises alert level for its most active volcano 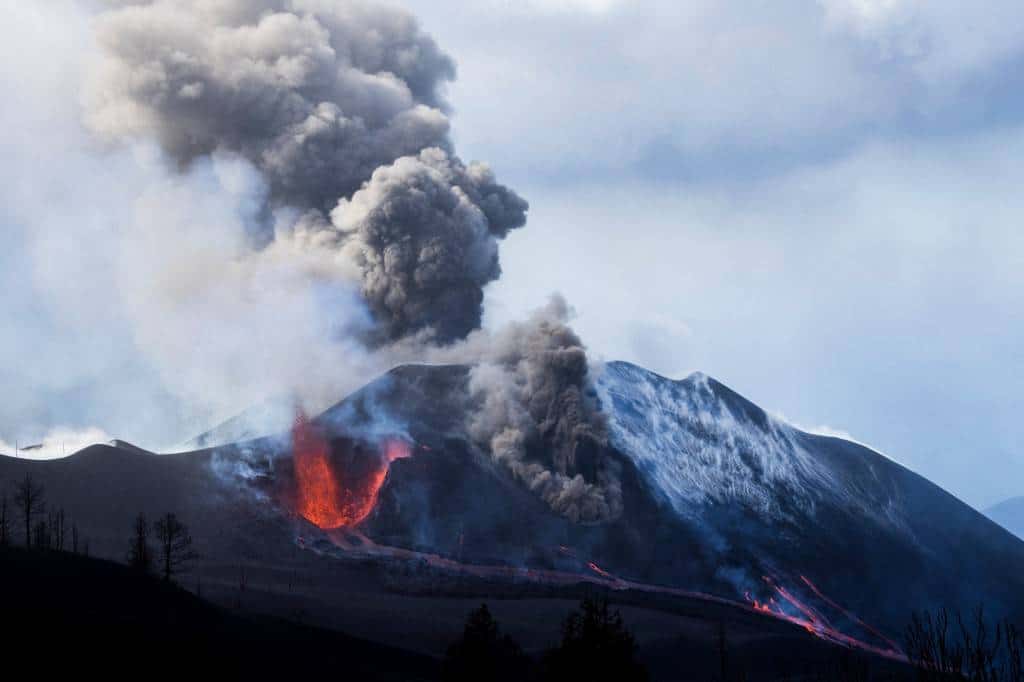 In this handout photograph taken and released by the Spanish Military Emergency Unit (UME) on November 28, 2021 the Cumbre Vieja volcano spews lava, ash and smoke on the Canary island of La Palma. Luismi Ortiz / UME / AFP

REYKJAVIK — Iceland on Monday raised the alert level for a possible eruption of its most active volcano after several small earthquakes were registered earlier in the day.

Located in an uninhabited and remote area of central Iceland, the Grimsvotn volcano is situated under a massive glacier.

Experts have been monitoring Grimsvotn for several weeks after its glacier lake burst, an event that could trigger a volcanic eruption.

In the latest eruption in 2011, an ash cloud caused relatively minor air traffic disruptions, when around 900 flights were cancelled.

That was considered minor compared to the eruption a year earlier of the Eyjafjallajokull volcano, which led to the cancellation of 100,000 flights and stranded 10 million passengers.

The alert level for the Grimsvotn volcano was on Monday raised to “orange” from “yellow”, due to “heightened seismic activity”, the Icelandic Meteorological Office (IMO) said on its website.

The color code, designed to inform the aviation industry of the risk of an eruption, means the volcano “is showing heightened activity with an increased probability of eruption”, according to the IMO’s scale.

Code red means an eruption is considered imminent, with a strong likelihood that an ash cloud could cause significant disruption to air traffic.

Several quakes measuring a magnitude of up to 3.6 were registered on Monday.

While seismic activity has increased over the past two days, no rise in the volcano’s magma has been detected so far, the IMO said.

“This seismic activity may be due to the decreasing pressure above the volcano, as the floodwaters have been released from the subglacial lake,” the IMO said.

A natural phenomenon known as “jokulhlaup”, the subglacial flooding began around two weeks ago and reached a peak early Sunday.

The IMO said measurements showed that the ice-cap on Grimsvotn’s subglacial lake has subsided by about 77 meters (253 feet).

The easing of pressure on the volcano, spurred by the flowing of millions of tonnes of water, can trigger an eruption. That was the case in 2004, 1934 and 1922.

Located under Iceland’s biggest glacier Vatnajokull, Grimsvotn last erupted in 2011. Its recent eruptions have occurred every five to 10 years.

Iceland’s volcanic eruption the longest in half a century