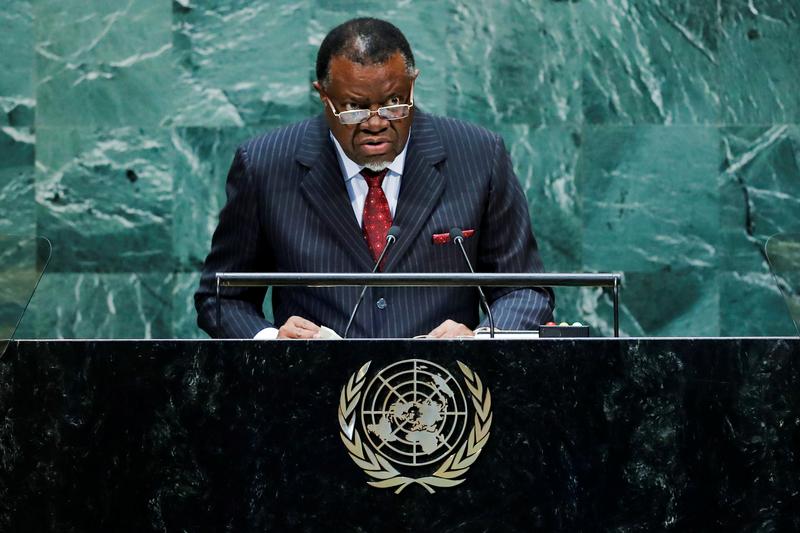 WINDHOEK, Namibia — Namibia’s President Hage Geingob announced Monday that the first cases of the Omicron Covid-19 variant had been detected in the country, which was forced to dispose of 150,000 expired vaccine doses.

Geingob called on citizens to get booster jabs after 18 Omicron cases were identified in the country, which neighbors South Africa where the variant was first discovered last month.

Only 12.1 percent of Namibia’s 2.4 million people are fully vaccinated so far, with the low uptake largely blamed on hesitancy.

“It is highly regrettable that we are forced to destroy in excess of 150,000 vaccines, which have reached expiry date because those who are eligible are refusing to be vaccinated,” Geingob told a news conference in the capital Windhoek.

It was not immediately clear which vaccine formulas would be trashed.

A health ministry official said last month that 52,261 AstraZeneca shots were due to expire on November 30, while 215,996 Pfizer jabs will reach their use-by date in January and February next year.

The president said that “instead of throwing away vaccines, citizens who wish to go for booster jabs are encouraged to do so.”

He threatened to impose stricter measures ahead of the festive season “if the cases continue to rise and the citizens don’t change their behavior, it will be the only sensible thing to do”.

COVID-19 shots are finally arriving, but Africa can’t get them all into arms