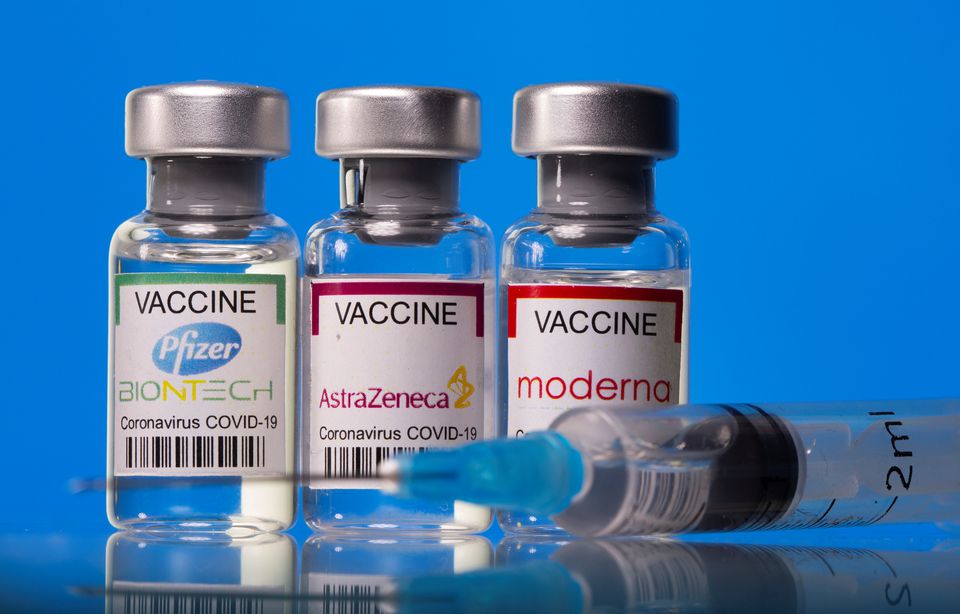 A major British study into mixing COVID-19 vaccines has found that people had a better immune response when they received a first dose of AstraZeneca or Pfizer-BioNTech shots followed by Moderna nine weeks later, according to the results on Monday.

“We found a really good immune response across the board…, in fact, higher than the threshold set by Oxford-AstraZeneca vaccine two doses,” Matthew Snape, the Oxford professor behind the trial dubbed Com-COV2, told Reuters.

The findings supporting flexible dosing will offer some hope to poor and middle income countries which may need to combine different brands between first and second shots if supplies run low or become unstable.

“I think the data from this study will be especially interesting and valuable to low- and middle-income countries where they’re still rolling out the first two doses of vaccines,” Snape said.

“We’re showing…you don’t have to stick rigidly to receiving the same vaccine for a second dose…and that if the programme will be delivered more quickly by using multiple vaccines, then it is okay to do so.”

If the AstraZeneca-Oxford (AZN.L) vaccine is followed by a Moderna (MRNA.O) or Novavax (NVAX.O) shot, higher antibodies and T-cell responses were induced versus two doses of AstraZeneca-Oxford, according to researchers at the University of Oxford.

The study of 1,070 volunteers also found that a dose of the Pfizer-BioNTech (PFE.N), (22UAy.DE) vaccine followed by a Moderna (MRNA.O) shot was better than two doses of the standard Pfizer-BioNTech course.

No safety concerns were raised, according to the Oxford University study published in the Lancet medical journal.

Many countries have been deploying a mix and match well before robust data was available as nations were faced with soaring infection numbers, low supplies and slow immunisation over some safety concerns.

Longevity of protection offered by vaccines has been under scrutiny, with booster doses being considered as well amid surging cases. New variants, including Delta and Omicron, have now increased the pressure to speed up vaccination campaigns.

Blood samples from participants were tested against the Wild-Type, Beta and Delta variants, researchers of the Com-COV2 study said, adding that vaccines’ efficacy against the variants had waned, but this was consistent across mixed courses.

Deploying vaccines using technology from different platforms – like Pfizer and Moderna’s mRNA, AstraZeneca’s viral vector and Novavax’s protein-based shot – and within the same schedule is new.

The results may inform new approaches to immunisation against other diseases, he said.

The study also found that a first dose of the AstraZeneca-Oxford vaccine followed by any of the other candidates in the study generated a particularly robust response, consistent with findings in June.

The study was designed as a so-called “non-inferiority” study – the intent is to demonstrate that mixing is not substantially worse than the standard schedules – and compares the immune system responses to the gold-standard responses reported in previous clinical trials of each vaccine.

As booster shots loom, mix and match of vaccines get closer look