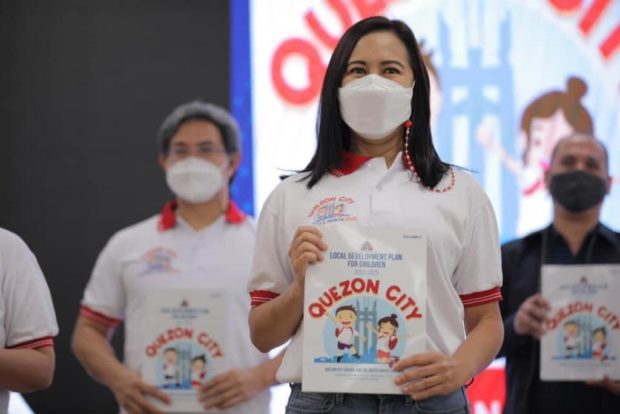 MANILA, Philippines — The Quezon City government has been recognized as the nation’s top-performing city in local revenue generation by the Department of Finance (DOF).

In another category, the Quezon City government was also cited for its year-on-year growth of 15.6 percent revenue from its 2019 total collection of P18.813 billion – an increase of P2.76 billion in local revenues.

According to Alvina, the top three local government units in those categories will receive plaques and certificates of recognition from the DOF. 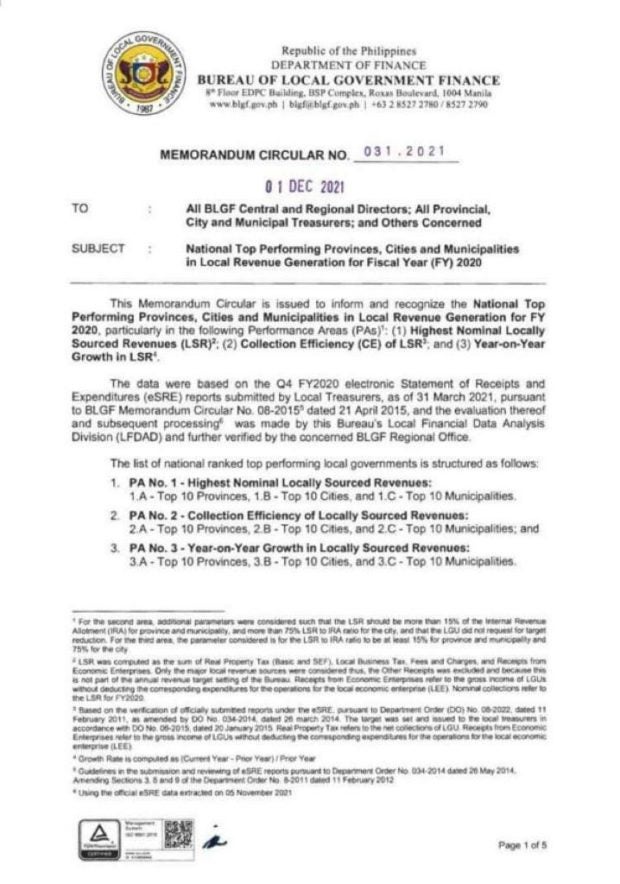 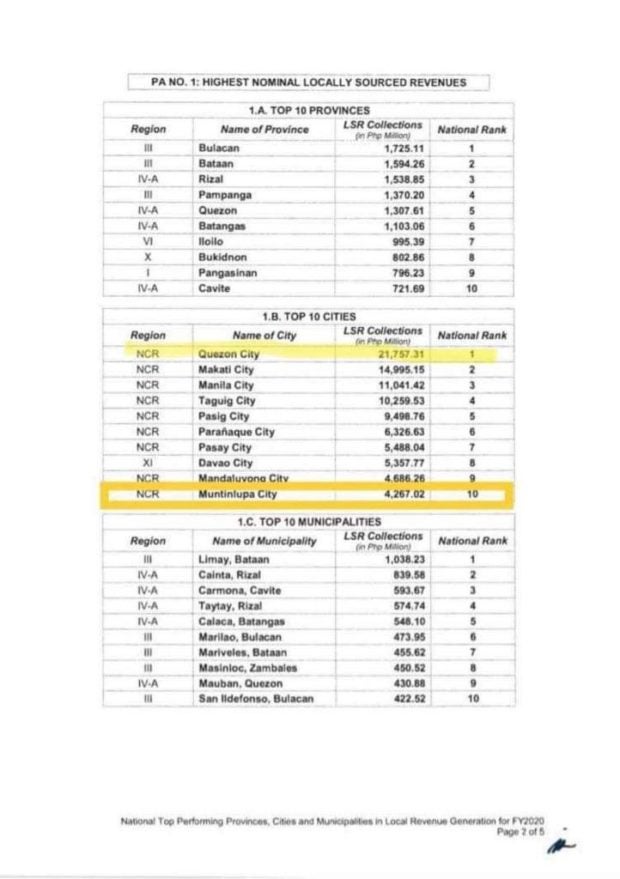 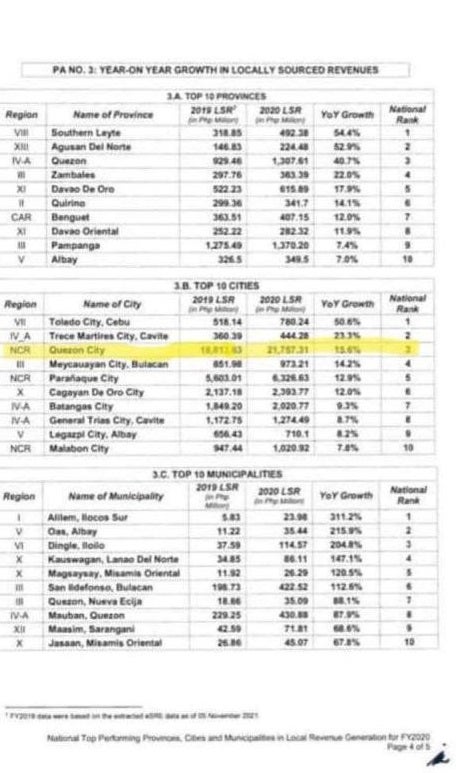 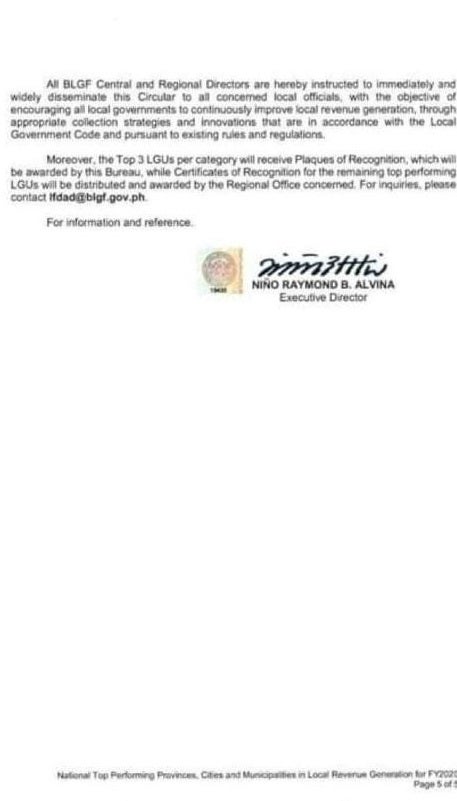 ​Quezon City Treasurer Ed Villanueva thanked the DOF-BLGF and credited the successful collection to the full trust and confidence of the city’s people and taxpayers in the present administration led by Mayor Joy Belmonte.

“The businessmen are aware where their taxes are going and they are seeing visible pro-people projects, such as the extension of relief and other health and social assistance to the poorest of the poor,” Villanueva said.

​In her recent State of the City Address, Belmonte championed efficiency and honesty in handling government coffers.

“The city is in very good financial standing, with assets of P451 billion of donated lands, buildings and streets,” she said. “Our LGU (local government unit) has no debt, and as the country suffered economically, we accumulated a huge savings of more than P24.6 billion, an even bigger amount before the pandemic hit.”

​Earlier, the Commission of Audit awarded the Quezon City government with a “clean and unmodified opinion” citing its careful budgeting, spending, and anti-corruption checks and balances. 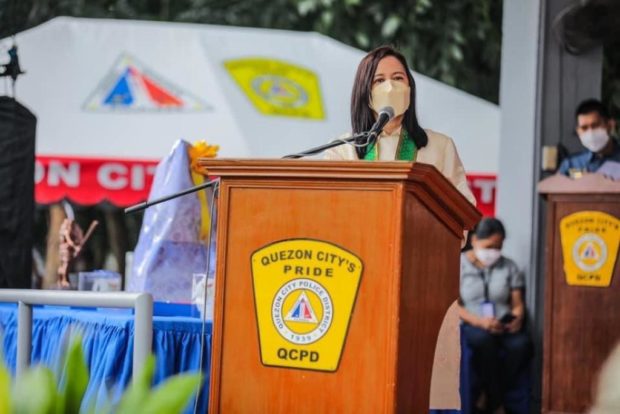 ​Belmonte assured QCitizens that her governance will always persevere to serve them at all times, from all sides.

“The Quezon City story is a story of its people, responsible enough to save their fellowmen, alleviate their lives, and help the entire LGU. This is a story of heroism and bayanihan, a story of sacrifice and helping one another,” she stressed.