Thousands protest in the Netherlands against coronavirus restrictions 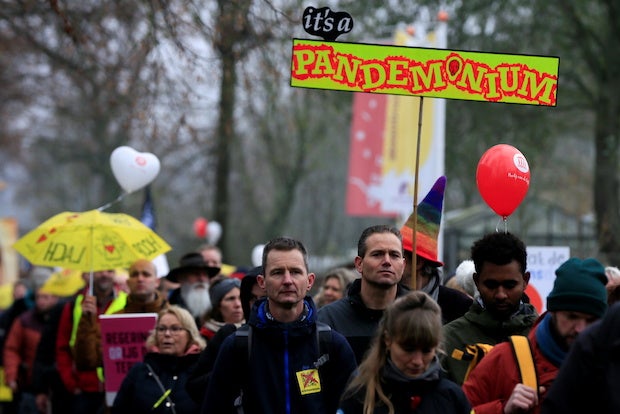 Protesters walked through the streets of the town carrying banners saying “Medical Freedom Now!” and waving Dutch flags. A heavy police presence was visible along the route of the march.

It is the first major demonstration in the Netherlands against the measures, which include a nighttime closure of bars, restaurants, and most stores to stem a record-breaking wave of COVID-19 cases threatening to overwhelm the country’s healthcare system.

The Netherlands saw violent protests two weeks ago after the government announced plans to ban most people who have not been vaccinated from public places. Those plans face widespread opposition in parliament, including from parties in the governing coalition, and have not been put into place yet.